Looks like fans of Pooja Hegde cannot wait to see her sharing screen space with Prabhas and romance him. The actress is currently busy shooting for her next with the Saaho actor and the schedule is underway at Annapurna Studios, Hyderabad.

Meanwhile, a morphed photo of Prabhas with Pooja has gone viral on social media and fans of the actress are sharing the image, which has taken the internet by storm. Rumour mills say that this photograph of the duo is from the sets of their next, which is being directed by Radha Krishna Kumar. 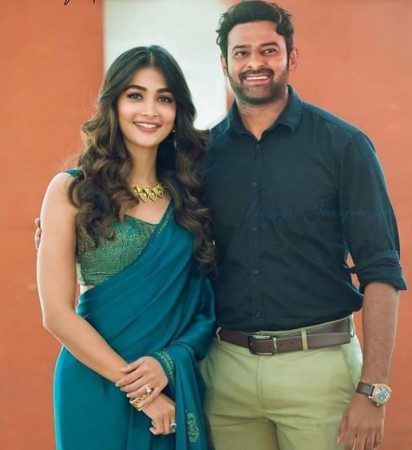 In this picture, Prabhas has been morphed and the edited photo looks so perfect to the viewers that one can easily believe that the Baahubali actor is sporting an entirely new look for the film.

The actual person in the photo, whose photo has been morphed, is none other than Pooja Hegde's brother Rishabh Hegde. In July last year, Pooja has shared a pic with her brother on social media, wishing on his birthday. Somebody who found Rishabh matching to the height of Prabhas has morphed the photo and made it viral on social media. Well, editing work has to be appreciated. 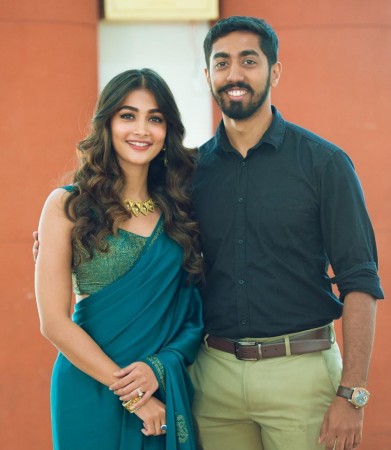 Original pic of Pooja with her brother Rishabh Hegde.Instagram

Well, here is how it is spotted that the photograph has been morphed. First of all, Prabhas wearing a wristwatch is very rare. Even when he wears, he wears on his right hand whereas, in this picture, the watch is on the right hand. Also, the colour complexion on the face and the hands is entirely in contrast with each other. Also, in the pic, Prabhas's head looks very small, more like a babyface.

On the work front, Pooja Hegde has Akhil Akkineni and Bommarillu Bhaskar's 'Most Eligible Bachelor' also in her kitty, in which she will be seen playing Vibha. She is simultaneously shooting for this film and #Prabhas20 as well. Sources suggest that her film with Prabhas will be titled either 'O Dear' or 'Radhe Shyam'.

Coronavirus social distancing around the world

Pink says she ‘cried’ and ‘prayed’ during coronavirus ordeal with son, 3: ‘It got really, really scary’

The Real's Jeannie Mai and Jeezy Are Engaged

NYC Middle School School Acceptance Letters are in for 2020-2021