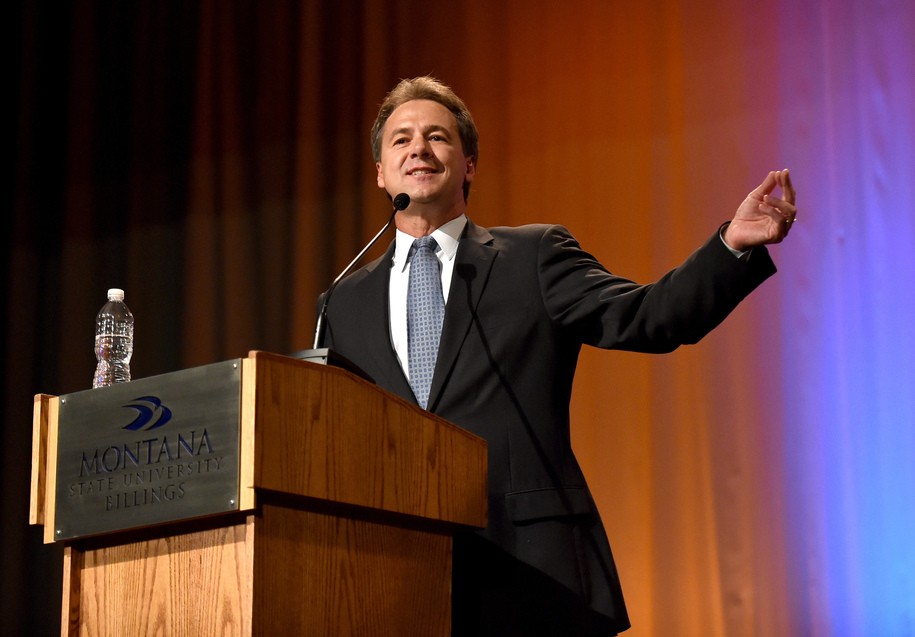 Montana is quite the action hotspot this election season! According to Civiqs’ first poll of the state, we have a 1) competitive presidential race, 2) a competitive governors race, 3) a competitive Senate race, and 4) a competitive House race (Montana only has one House seat).

For a state that impeached dunderhead Donald Trump won 56-36 in 2016, this is a remarkable turn of events.

Montana isn’t a state averse to electing Democrats. Its outgoing governor is a Democrat, the governor before him was a Democrat. That outgoing governor, Steve Bullock, is now the Democratic Senate nominee, and if victorious, he would join another Democrat, Jon Tester, in representing his state in the Senate.

But throw all that out, because this year, Montana is competitive up and down the ballot!

We are consistently seeing a direct 1-2 point correlation between Trump’s job approval ratings, and his percent of the two-candidate presidential vote. Our Civiqs tracker pegs Trump’s support in Montana at 47-50, and there he is, with 49% of the vote.

So if the election was held today, odds are he (and his party-mates on the ballot) would hold on with the wins. The problem for Trump and his party is that there’s no indication that he’s hit rock bottom. Look at the trends:

That’s why you can look at the 50-state job approval number and get a real good sense of where the competitive states live:

And yes, that means that there are a lot more competitive states than we expected heading into this thing.

Of course, presumptive Democratic nominee Joe Biden doesn’t need Montana’s three electoral votes. But by becoming competitive, it makes it easier for the rest of the Democratic slate. There’s a huge difference between overcoming a 20-point deficit, as we saw in 2016, and the kind of deficit you can count on one hand. As you see, the down-ballot Democrats all do better than Biden, and that’ll likely carry through on Election Day. So the more Trump screws it up, and he's screwing up plenty, the better our chances to emerge with the clean sweep.

Civiqs surveyed 873 registered voters in Montana from July 11-13, 2020. The survey results are weighted by age, race, gender, education, and party identification to be representative of the population of registered voters in Montana. The general design effect due to weighting is 1.61. The survey has a margin of error of ±4.2% at the 95% confidence level, accounting for the design effect.

Pogba is expecting Manchester United to start negotiating a new contract with him after the Europa League. The player is happy at the club
While PSG vs Atalanta – 🤦♂app. It is a complete disappointment from unrealized moments
Real won't buy players if they don't sell anyone. Ceballos and Lunin will return
Jaydon Sancho: I like playing in Borussia. We have extraordinary players
Pashalic scored 12 goals in the season – the best result in his career
Anyone who eats three slices of bread with Nutella will be in stock. Nagelsmann about the lineup for the game against atlético
Ødegård prematurely returned to the real world of rental Sociedade
Source https://www.dailykos.com/stories/2020/7/14/1960508/-Montana-is-the-most-battle-est-of-battlegrounds-EVERYTHING-is-competitive

Stream It Or Skip It: ‘The Secret: Dare to Dream’ On VOD, A Painfully Earnest Imagining of the Best-Selling Book

The Secret to Sustainable Growth Is Identifying Trends Ahead of Time

Spat between Ben & Jerry's, UK government over treatment of migrants heats up

Groups want to revamp Michigan's can, bottle deposit law: What it means

Indians' Adam Plutko blasts teammates for breaking COVID protocols: 'They lied to us'

Harris Is Set to Appear With Biden; Trump and Allies Attack Her

Les Wexner agrees to give written deposition in Epstein-related case

Excited Again About a Woman on the Ticket

Air Force helicopter flying over Virginia struck by a bullet

Masters Tournament To Be 'Conducted Without Patrons Or Guests' In November

Radical or moderate? Trump paints Democratic ticket as both

Still can’t find Lysol spray? These disinfectants kill germs too, according to an expert