Several members of the Minneapolis City Council this week have expressed support for radical changes to how the city handles law enforcement, including a move to "dismantle" the police department and replace it with "a transformative new model for public safety."

Jeremiah Ellison, the son of Minnesota Attorney General Keith Ellison and a representative of the city's Ward 5, explicitly led calls to "dramatically rethink" how the city keeps its people safe.

"We are going to dismantle the Minneapolis Police Department," he tweeted. "And when we’re done, we’re not simply gonna glue it back together. We are going to dramatically rethink how we approach public safety and emergency response. It’s really past due."

His call was echoed by Lisa Bender, the president of the city council.

"Yes," she said in response to Ellison. "We are going to dismantle the Minneapolis Police Department and replace it with a transformative new model of public safety."

That was not the first time Bender had addressed calls to "dismantle" the city's police force this week, however. On Wednesday she posted a thread about how a "white person" should think about dismantling the police.

GUTFELD ON CONFLATING PROTESTERS WITH RIOTERS

"If you are a comfortable white person asking to dismantle the police I invite you to reflect: are you willing to stick with it? Will you be calling in three months to ask about garage break-ins? Are you willing to dismantle white supremacy in all systems, including a new system?" she said. "I mean this quite sincerely & seriously: just look at recent conversations about City-funded neighborhood organizations to understand how explicitly we would have to work to establish alternative systems that do not replicate the same problems. White ppl need to show up for this."

Bender on Tuesday also said "I support continued diversion of funds from law enforcement to other priorities," following calls from many to "defund the police."

According to the Minneapolis Star Tribune, Bender sees the city's potentially revamped public safety force as potentially sending social workers or other civilian personnel into situations that are traditionally handled by police.

Another council member to come out with calls for taking apart the city's police department is Alondra Cano, who tweeted that "[t]he Mpls Police Department is not reformable" and "[c]hange is coming."

Meanwhile, the president of the Minneapolis police union wrote a letter calling the riots in the city a "terrorist movement" and calling elected officials' efforts to find fault in the police department "despicable."

"Our chief requested 400 more officers and was flatly denied any," Bob Kroll said. "This is what led to this record-breaking riot."

He added: "I've worked with the four defense attorneys that are representing each of the four terminated individuals under criminal investigation, in addition with our labor attorneys to fight for their jobs. They were terminated without due process." 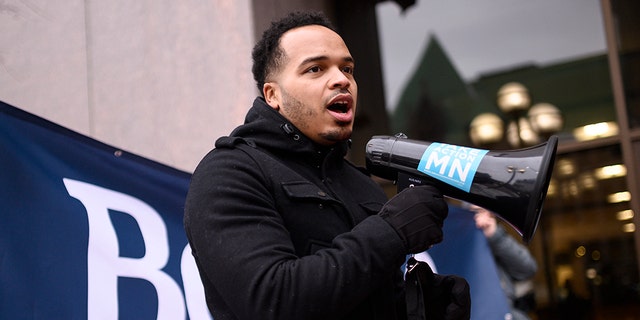 LOS ANGELES TO SLASH UP TO $150M FROM LAPD BUDGET, REINVEST INTO COMMUNITIES OF COLOR

Steve Fletcher, also a member of the Minneapolis City Council, condemned Kroll and the police union in a long thread in which he said the city should "declare policing as we know it a thing of the past."

"Bob Kroll’s letter yesterday to the Minneapolis Police Federation membership showed us what rank-and-file officers voted for in their leadership, and it is yet another sign that the department is irredeemably beyond reform," Fletcher said. "After watching MPD officers escalate and provoke anger all week, he asserts that if they’d only been allowed to use more violence, they could have put a stop to demonstrations. This is nonsense. MPD officers chose him as their leader."

Fletcher continued: "I don’t know yet, though several of us on the council are working on finding out, what it would take to disband the MPD and start fresh with a community-oriented, non-violent public safety and outreach capacity."

Minneapolis isn't the only city to consider major changes to its police department, either. The Los Angeles Times reported that Los Angeles Mayor Eric Garcetti will try and cut between $100 million to $150 million from its police budget alone. But the proposed cuts to the LAPD don't appear to include the kind of structural changes to the law enforcement apparatus proposed in Minneapolis.

Floyd died last week after a Minneapolis police officer used his knee to pin Floyd to the ground by his neck for several minutes in an incident caught on camera. The video sparked outrage nationwide, leading to protests that sometimes turned into riots, particularly at night in large cities.

Legia won the Polish championship for the 4th time in five years. It repeated the League record for titles (14)
Lazio has lost 3 matches in a row and can concede 2nd place in Serie A if Atalanta wins against Juve
A Parma employee has a coronavirus. The team is isolated on the base, but will continue to play in the championship
Kalidou Coulibaly: Napoli is not going to Barcelona as tourists. We are able to give battle
PSG have extended their contract with Kimpembe until 2024
Suarez is not in the start for the match with Valladolid. He has scored 4 goals in the last 4 games for Barca
Dyche Pro 1:1 with Liverpool: top team Scored. Talking about three points is too much
Source https://www.foxnews.com/politics/minneapolis-city-council-members-aim-to-dismantle-police-department-rethink-public-safety