Microsoft’s Surface line is known for its premium design, and up until now, with few exceptions, they’ve warranted premium prices. The Surface Laptop Go is the company’s latest laptop, and like its namesake, it exhibits the same design chops as the rest of the Surface line, but it starts at $549.

There’s much more to the story, of course, so let’s take a closer look at both products, starting with the Laptop Go. 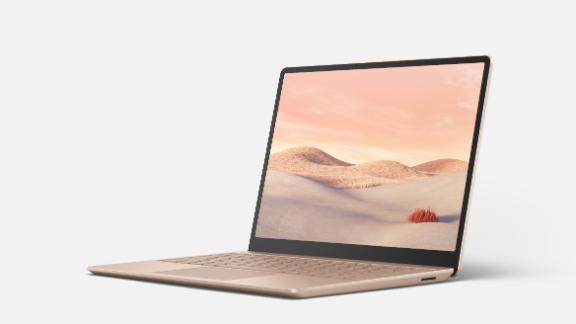 This isn’t the first time Microsoft has used the “Go” naming scheme in the Surface lineup. In fact, the company released the second generation Surface Go earlier this year. It’s smaller than the standard Surface Pro, at a more affordable price. It’s in that same vein that the Laptop Go fits into the Laptop lineup.

It has a 12.4-inch PixelSense touch screen display, down from 13.5-inches on the Laptop 3. But the same core design is there, with small bezels around the screen and an aluminum lid. It’s also available in blue, sandstone or platinum.

There’s a 720p webcam just above the screen, with dual far-field microphones that should improve the overall audio for your video calls. It also includes one USB-A port and one USB-C port.

The Laptop Go lacks a Windows Hello camera setup (Microsoft’s face unlocking feature) but does have a fingerprint reader that’s hidden in the power button. A full-sized keyboard and touchpad, along with touch capabilities and Surface Pen support rounds out the interaction methods. 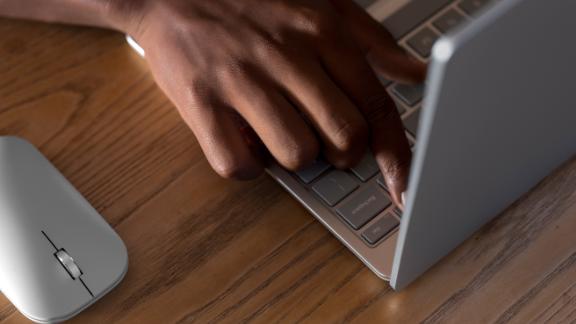 Inside the Laptop Go is Intel’s 10th generation Core i5-1035G1 processor, and the base model comes with 4GB of RAM and 64GB of eMMC storage. However, that model lacks the fingerprint reader.

The biggest question we have about the Laptop Go will be the performance difference between the entry-level model, and those with more RAM and an SSD for storage.

Based on previous experience with the Surface Go, it’s eMMC storage and slower processor were sluggish enough to warrant not recommending buying that model. Will the fact that the Laptop Go uses the i5 processor across all models be enough to level out some of the performance disparity? We can’t wait to find out. 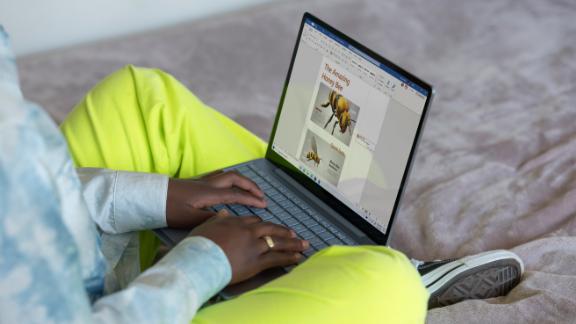 According to Microsoft, the battery in the Laptop Go should power through 13 hours of use; an impressive number for a compact laptop, but one we’ll have to test ourselves to believe.

Order the Surface Laptop Go now and you should receive it around October 13. 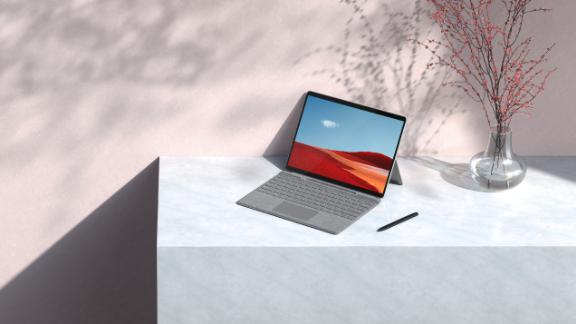 Another announcement Microsoft made was the release of a new Surface Pro X configuration. This isn’t a new model, but instead, you’ll have the option to purchase the Surface Pro X with a new processor, Microsoft’s SQ 2 ARM processor. There’s also a new platinum color.

Microsoft debuted its first ARM processor that uses the same core architecture as your smartphone with the Pro X last year. However, because not all apps are designed to run on this type of processor, the Pro X struggled with poor app performance and compatibility. 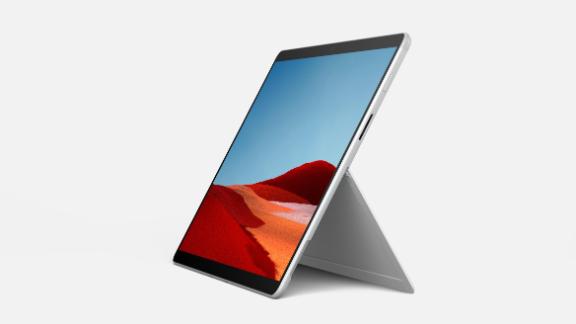 In addition to the new models with a faster processor, the entire Surface Pro X lineup is receiving several software updates and enhancements. For example, the Pro X’s battery should now last fifteen hours, up from 13 hours.

Microsoft also announced that the Pro X will gain wider app compatibility through emulation tools, in turn adding support for apps that aren’t necessarily built to run on the Pro X’s processor. It’s the same approach Apple is taking with its Apple Silicon processors that we expect to see used in Mac computers this year, but so far it’s untested and something we look forward to testing on both platforms. 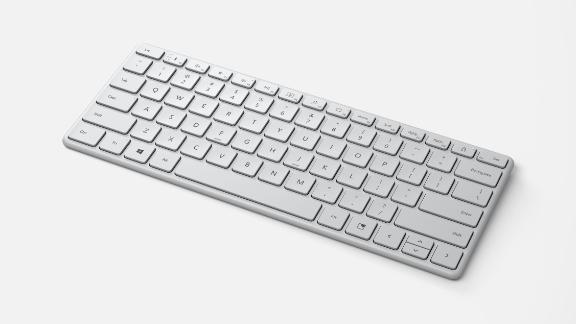 Microsoft also revealed some new accessories for its suite of Surface products. There’s the new $69.99 Designer Compact Keyboard that offers fast switching between up to 3 devices, and up to 2-year battery life. There’s also a new Number Pad, that provides a Bluetooth pad to key punch and crunch numbers with. It’ll set you back $24.99.

If you’re looking to connect your Surface to a 4K display, the new $69.99 4K Wireless Display Adapter will get the job done. There’s also a new Bluetooth Ergonomic Mouse that connects to your Surface via, well, Bluetooth and features two customizable buttons so you can make it your own. It’ll go on sale for $49.99. All of the accessories are up for order now.

Highlight of the month: the Rangers forward scored from 50 meters (the farthest goal in the history of the Europa League). Gerrard says he's never seen anything more beautiful 😍
Mourinho on 3:0 with LASK: Difficult opponent, but Tottenham played so that the victory seemed easy
Stefano Pioli: Milan is not an ordinary team. He plays with less dedication after the Derby
Barca players - report on salary cuts: We are not going to put up with the violation of our rights by the club
Milan are 21 games unbeaten in all competitions. Next game - with Roma
A year ago, a forest was planted at the rival CSKA stadium. The author paid attention to the felling of trees
Conceisau about the refereeing of the game with Manchester City: I Apologize to the Portuguese referees after what I saw here
Source https://us.cnn.com/2020/10/01/cnn-underscored/microsoft-surface-laptop-go-pro-x-2020-orders/index.html