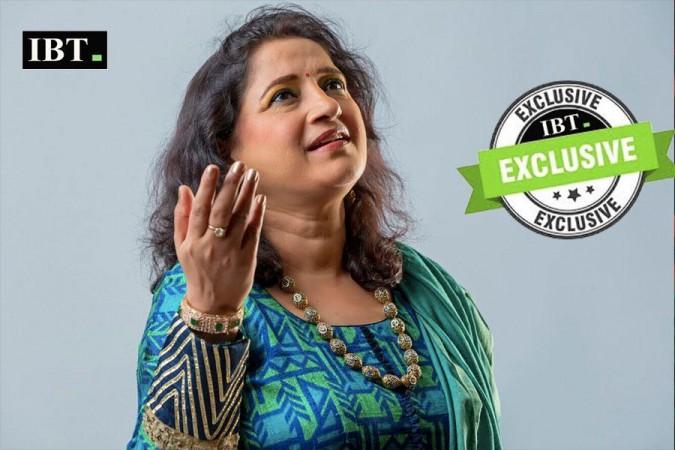 In the era of dhickik dhidchik Bollywood music, rap and remixes, we often feel that the sound of music and ghazal has lost its essence. All thanks to Kavita Seth, an immensely devoted singer and composer who has still kept the charm of Sufi and ghazal intact. Her quest for poetry and lyrics is what makes her stand apart from others. Kavita has sung popular Bollywood songs like 'Ik Taara(Wake Up Sid!) Mora Piya (Rajneeti), Tum Hi Bandhu Sakha Tumhi Ho (Cocktail) and few more.

Despite being selective, she has carved a niche for herself, with her soulful music and soothing voice that has touched millions of hearts.

Kavita Seth's next outing is Mira Nair's 'A suitable Boy' wherein she has sung a few soul-stirring ghazals. The show is released in the UK and will be announced in India soon.

In an exclusive and freewheeling conversation with IBTimes, Kavita Seth spoke at length on how she bagged Mira Nair's dream project, why she doesn't invest money in buying fake followers, her secret to success despite being selective.

Excerpts from the conversation:

Tell us about your latest work in the film A Suitable Boy?

Mira Nair called me to sing ghazal for the film 'A Suitable Boy. When she called me she didn't know that I am a composer too. I haven't told this in the industry that I compose my own songs when I perform live. She has been hearing my podcast and poetry Mein Kavita Hoon from last two years and I was thrilled that despite being a  famous and renowned director, she liked my work and called me to sing for the film. Coming back to the film, I would like to say. A Suitable boy is set at the backdrop of 1950s and Tabu is the central character, so every time Tabu comes on-screen my ghazal appears in the backdrop. This is surreal as the ghazal goes well with the plot and Tabu's versatile screen presence. As the show has released in the UK, I am getting a good response from my friends and fans. I am hoping that the Indian audience appreciates the show and the songs as much as the UK audience did. 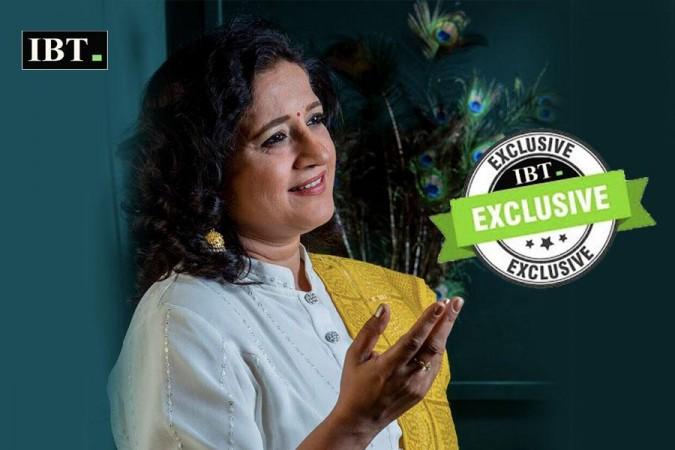 The process of preparing for the song

I really loved the way we all collectively sat and recorded the song. All the musicians would sit together, and record the song live. Mira Nair would be there on the set and would give her valuable inputs. It's very rare that directors are aware of music and have done their homework well in advance. I learned a lot from her. She knows how to get the work done. My experience with her has been incredible and I shall cherish it throughout my life.

Why no commercial or remix songs?

When I came to Bombay and had just entered the music industry, I  thought I won't be able to survive. Wherever I went I was told I have a husky voice toh isse item number gavao, and I would run away from there. Hearing all this I thought I will never get work in this industry. Eventually, I understood that such instances were necessary for my life. I realised that I can't sing meaningless songs or songs that lack poetry and lyrics. I became very selective and that's how I got work. I sang songs like Ik Taara, Mora Piya and I am glad people liked it. Soon the music industry too understood that I am selective and what kind of song I enjoy singing.

I am aware of the fact that I won't get commercial songs like Sheryaji (Ghoshal) or any other popular singer and I am fine with it. The songs that I choose to sing I give my best and try to make it appealing for the listeners.

Do you think the industry appreciates a piece of real music that you sing and bring on board for ardent music lovers? Have you been offered to sing for big labels claiming they will increase your followers on social media or assured that your independent music will get millions of views?

Suresh Wadkar appreciated me for my poetry and songs. Much recently, Anu Menon, director of  Shakuntala Devi heard my ghazal and said, 'we need your voice and emotion' these words are so overwhelming for me as a singer and a musician. In between, we saw that independent music started to lose its charm as people would only listen to Bollywood songs but thankfully the love for independent music is back and listeners are appreciating original music and ghazals. It feels we have got our due. I always believed that good music lasts long, people appreciate. Independent music and real music grows slowly.

In April I released my song 'Rangi Saari' and I and my son decided to not promote the song by putting money to garner fake numbers. I said Khusboo ko bikharne do without a single penny (let the song grow without a single penny). To our surprise, the song garnered 72,000 organic views and it was a big deal for me. Even if my song garners 50,000 views which are purely organic means a lot to me. This shows that these 50,000 are my genuine listeners who really liked the song.

I don't believe in the concept of million and crores of views that people claim to get it overnight. I find it nonsense. It is also about an artists reputation and liking. Listeners get to know whether it's organic or paid. The ones who are clapping for millions and billions of views that their song has garnered, most listeners are not even aware of the song.

On garnering organic followers through music

A 15 years old song of mine has garnered 50,000 views and I am happy about it as its organic and people have appreciated the song. I have loyal followers and with my new venture 'Main Kavita Hoon' we are getting more and more loyal fans.

Usually, music composers pitch their songs to the director. In my case, Mira Nair called me amidst so many renowned musicians and this is an achievement for me. My sincerity seems to have paid off. People know me for my music. I  don't go to any Bollywood parties nor am I in anyone's group, whoever wants me to sing I will sing. If the song is meaningful and touches my soul. I don't question who the actor or the actress is, or which production house it is. What matters is the meaning of the song.

What kind of goalkeeper did Chelsea take? Edouard Mendy was out of work 6 years ago, impressed the Czech and will replace Kepu
Solskjaer on Manchester United signing only van de Beek: You show disrespect to Donny, he's a top player
Milan want to sign striker Bude-Glimt Hauge. He scored them in the Europa League on Thursday
Rivaldo: Barcelona will not be easy without Suarez's goals
Munir from Seville was forced by FIFA to rewrite the rules. Now players can change the national team
Lampard will talk to Kepa and Caballero after signing Mendy
Ralf Rangnick: Havertz - Cruyff of the present day. I don't see any weaknesses in his game
Source https://www.ibtimes.co.in/meaning-song-matters-rest-trivial-kavita-seth-exclusive-826175

Buffalo police no longer required to wear names on their uniforms

Trump Is Escalating His Coronavirus Lies

How the 2020 census is trying to overcome Covid-19, digital divides, and Trump to get an accurate count

‘I hate you’: Allen Iverson unloads on mysterious media personality

Police: Officer suspended for handling of a traffic stop

What To Know About Those $200 Drug Cards President Trump Promised

Amy Coney Barrett Is Trump's Likely Supreme Court Pick. Here's What We Know About Her.

After Season of Challenges, Marlins Are on the Verge of a Breakthrough

TikTok or Not, Gen-Z Voters are Mobilizing to Show up on Election Day

How the left killed another major NYC development

How the new Supreme Court could stymie a Biden presidency