Residents at a senior living facility in Texas had a special guest join their virtual bingo night: Texas native Matthew McConaughey. While McConaughey and his family couldn't leave their house to visit the seniors, they could do the next best thing. They hosted a bingo game on a video chat with The Enclave at Round Rock Senior Living.

The seniors had requested McConaughey as a guest before, CBS affiliate KEYE-TV reports. In September, the residents and team members at the senior living facility posted a video on social media asking McConaughey to join them for bingo. Now, he was finally able to answer the call.

The Oscar-winning actor called letters as his mom, Kay, wife Camila and kids watched. When a "bingo" was called, the winner got to ask McConaughey a question as their prize. 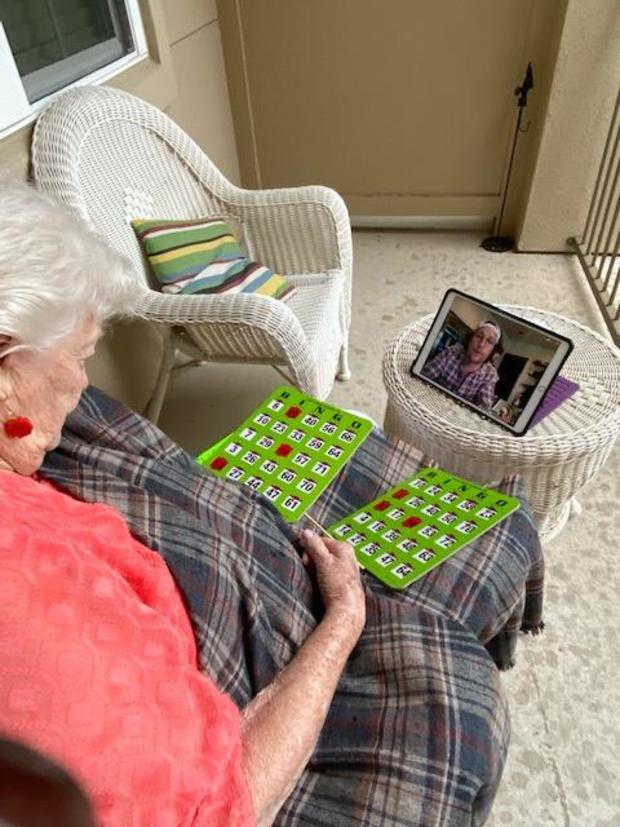 A video posted to the living facility's Facebook page showed McConaughey cheering on bingo winners. "During a time when we are all working to make lemonade out of lemons, we are so humbled that Matthew took the time to play our favorite game with us," employees at the living facility wrote. "As Matthew would say, let's turn this red light into a green light!"

Molly Davis Nedley, the sales director at The Enclave at Round Rock Senior Living, told KEYE-TV that staff can't interact with residents as they normally would, "so we have been doing everything possible to uplift them virtually."

"This was a wish come true! The residents absolutely loved seeing Matthew and his family and enjoyed hearing him talk about what he's doing to get through this crisis," she said. "It gave them hope and was the boost that they needed to get through this lonely, challenging time."

McConaughey and his wife Camila have been posting "stay at home" messages on their social media pages. Last week, the actor participated in a video telling University of Texas to stay home and stay safe.

It was announced last year that McConaughey would join the faculty of University of Texas at Austin, as a professor of practice at the school's Moody College of Communication.

McConaughey has been a visiting instructor at the school since 2015 and served as the school's "Minister of Culture," KEYE-TV reports. The Texas native attended UT Austin, graduating in 1993 with a bachelor's of science in radio, television and film, according to the school.

Now that classes can't meet in person, McConaughey was free to host bingo with some grateful players. 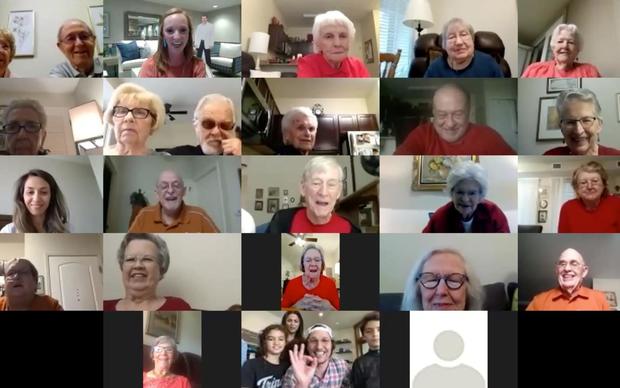 McConaughey and his family, seen in the box in the last row of the video chat, helped call letters during the virtual bingo game. The Enclave at Round Rock Senior Living

5 players and 2 coaches of Barca got sick with coronavirus. There were no symptoms (RAC1)
Liverpool can allow Brewster and Wilson to remain on loan at Swansea and Bournemouth until the end of the season
Everton can offer 30 million euros for Allan
Arsenal offered Aubameyang a contract until 2023, the salary is the same – 12 million euros
Inter demands 90 million euros and a player for Lautaro. Barca's latest offer: 60 million plus Vidal and Semedu
Southampton have agreed a new 4-year contract with coach Hasenhüttl
Willian's agent: he wants a 3-year contract. Chelsea's policy is to renew for a maximum of 2 years
Source https://www.cbsnews.com/news/matthew-mcconaughey-plays-virtual-bingo-with-seniors-during-coroanvirus-quarantine-austin-texas/

There are just four black CEOs of Fortune 500 companies. Here's how three are addressing the death of George Floyd

Trump went from freedom fighter to authoritarian in about a week