After a few seasons of traveling through space and time, "Marvel's Agents of SHIELD" came back down to Earth, sort of, in its two-part series finale, an old-fashioned affair tinged with nostalgia and clearly aimed at those fans that had been with the ABC series since the beginning.

Granted, that's a relatively small contingent, with ratings having dwindled considerably since the show premiered in 2013, which feels like a lifetime ago in the evolution of the Marvel Cinematic Universe, both on TV and in movies.

The finale saw the group overcome the threat from the Chronicoms, as their foes sought to erase SHIELD from history, operating in an alternate timeline.

That danger was dispatched, however, relatively early in the final hour, allowing for what felt like an inadvertently timely virtual reunion of original and near-original cast members -- basically the superhero universe version of a Zoom call.

"This is what we were fighting for," Coulson (Clark Gregg) said once the team triumphed, to which Daisy (Chloe Bennet) responded, "Family." The family atmosphere also saw the reunion of two other original cast members, Fitz (Iain De Caestecker) and Simmons (Elizabeth Henstridge), joined by May (Ming-Na Wen) and subsequent additions Mack (Henry Simmons) and Yo-Yo (Natalia Cordova-Buckley).

The low-key finish felt almost prescient, given that production of the series was actually completed last year, which explains why ABC had the full original run to air during the summer, when most shows have been sidelined by coronavirus concerns. 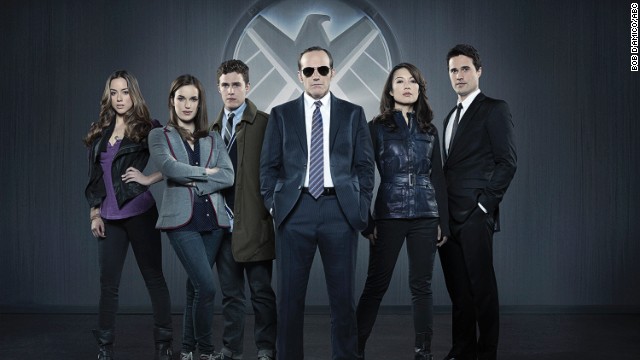 Coulson -- a character introduced in the Marvel movies, who has been killed off and revived, in one form or another, a couple of times -- even got his sportscar back, in an homage to the pilot episode. While providing some closure, the finale left the door open to utilize some of these characters again, although given Marvel's priorities, that seems less likely.

The show's end comes amid a strategic shift by Marvel's TV operation, which -- after producing "SHIELD," the spinoff "Agent Carter" and the ratings misfire "Inhumans" for ABC, as well as edgier fare like "Daredevil" for Netflix -- is funneling its efforts toward original series featuring characters from its films for parent Disney's streaming service, Disney+. Upcoming shows include "WandaVision," "Loki" and "The Falcon and the Winter Soldier."
In a Variety interview, Gregg called the opportunity to star as Coulson in the TV series -- after the character's demise in the original "Avengers" -- "a tremendous gift." In similar fashion, the final "Agents of SHIELD" clearly sought to wrap up the show for those hardy souls who have loyally stuck around through its seven seasons with a big, bright bow.

Bruce about BLM: We are getting down on our knees, but is progress visible? Big question
Benteke alli at PSG: Playing with Neymar and Mbappe will raise his level. Dele will be great
Sandro Tonali: Zlatan is an example for Milan and an idol for everyone
PAOK FC have signed striker Colak. He was in the top 3 for goals in the Croatian League last season
Stan Collymore: bale at Tottenham is a move for losers. Tiago in Liverpool-Champions deal
Turkey is changing the limit on foreign players for the 9th time in 15 years. It seems that the tightening was lobbied by Erdogan and agents
Jovic wants to return to Eintracht Frankfurt. He doesn't like Zidane's attitude
Source https://edition.cnn.com/2020/08/12/entertainment/marvel-agents-of-shield-finale/index.html?utm_source=feedburner&utm_medium=feed&utm_campaign=Feed%3A+rss%2Fcnn_latest+%28RSS%3A+CNN+-+Most+Recent%29