Legendary Indian filmmaker Mani Ratnam is celebrating his 64th birthday today. The director is currently busy with the works of his new movie 'Ponniyin Selvan', which is being made with an ensemble budget. Due to the coronavirus lockdown, the director has postponed the filming of this movie, and it is expected to resume when the country returns back to normal.

As Mani Ratnam celebrates his birthday today, International Business Times, India presents you with the list of five Mani Ratnam movies every film buff should watch. 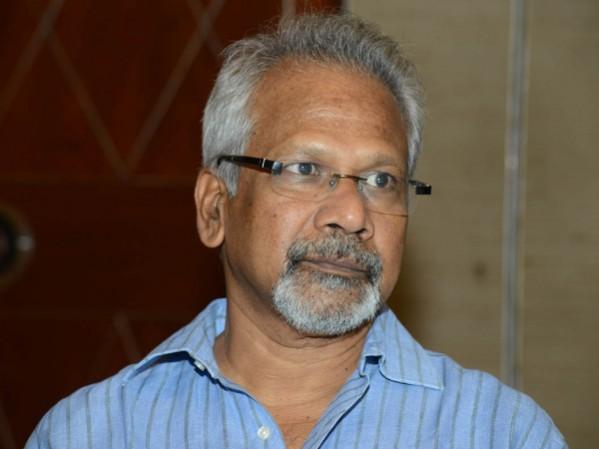 Nayakan can be considered the most impeccable Indian gangster film ever made in history. Starring Kamal Haasan in the lead role, this film released in 1987 received critical and commercial acclaim. The film portrays the story of an ordinary slum dweller named Velu who later emerges as an underworld don in his life.

For his performance in this film, Kamal Haasan won the National Award in the Best Actor category. Even after 33 years of its release, film buffs consider this Mani Ratnam directorial as one of the best gangster movies made in world cinema.

Thalapathi is a real gem of a film directed by Mani Ratnam. The film marked the union of two South Indian superstars, Rajinikanth and Mammootty. This movie revolves around the life of a slum dweller who befriends with a powerful don.

Thalapathi is all about friendship, and upon its release, it received positive acclaim from everywhere. The songs composed by Ilaiyaraaja also became chartbusters.

Roja is a classic romantic movie set in the backdrop of Kashmir. This film starred Aravind Swamy and Madhoo in the lead roles.

Academy Award-winning musician AR Rahman composed the music for this movie, and all the tracks emerged as chartbusters. The Mani Ratnam directorial was also a commercial success, and it was later screened in Doordarshan on several Independence Days.

Iruvar, which starred Mohanlal in the lead role was loosely inspired by the real-life of MG Ramachandran, legendary Tamil politician. The film also marked the debut of Aishwarya Rai Bachchan in the entertainment industry.

It should be noted that Iruvar was selected by critic Rachel Dwyer in the 2012 British Film Institute Sight and Sound's 1000 greatest films of all time.

Kannathil Muthamittaal revolves around the story of a young girl who searches for her mother in war-inflicted Sri Lanka. Madhavan and Simran played the lead roles in this movie, while Nanditha Das enacted an extended cameo.

Upon its release, the film garnered critical acclaim and went on to win six national awards.

Barcelona and PSG want to sign Alaba for free in a year
Lokomotiv – CSKA. Who will win the last top match of the season?
Guardiola on the abolition of the ban are Incredibly happy. All that people were talking about Manchester City, wasn't true
Mourinho on the abolition of the ban city: Shame. I don't know if they're guilty or not. I criticize the decision
Real want to sign Mbappe in 2021. Madrid is confident that he will not extend his contract with PSG
Barcelona offered Coutinho to Arsenal and Newcastle (Goal.com)
Klopp about FFP: Yesterday wasn't a good day. If the richest clubs and countries do what they want, it will complicate the situation
Source https://www.ibtimes.co.in/mani-ratnam-celebrates-64th-birthday-five-movies-director-every-film-buff-should-watch-821393

Peacock: What you need to know about NBCUniversal's new streaming service

Astronomers witness 'teenage' years of our universe in explosion

What did our food look like hundreds of years ago? Art history may have the answers

Boeing got hit with a new wave of canceled plane orders

Prince William breaks royal protocol every single time he steps on a plane with his son, Prince George

Houston coronavirus updates: What you need to know for July 14

What Happens When A Pandemic And An Epidemic Collide

Lawrence Jones on 1-year-old's death in NYC: Shouldn't be this hard for GOP to defeat 'incompetent' Dems in cities

'Difficult to attack vanilla': Trump's throwing everything at Biden but nothing sticks

Priya Dutt tweets support for Sachin Pilot, Scindia: Will she be the next

Radio host who ignited Goya 'buy-cott' movement: 'It looks like love is winning'

Could you be ticketed for face mask violation in Michigan? Depends on where you live

Health Care Workers In France Are Getting A Raise

Hillary Clinton on 'Daily Show': Americans should 'be ready' if Trump won’t ‘go quietly’ after election

GM gets OK to make N95 face masks: Where they'll be used

As Training Camps Near, N.F.L. and Players Debate Protocols

Padma Lakshmi recalls her anger after late endometriosis diagnosis: ‘I lost a week of my life every month’

Consumer prices rebounded in June, but that's not the whole story

Zappos tries something new: sell 1 shoe instead of 2

‘Derry Girls’ Removed From Netflix In The UK After Rights Snafu

Massachusetts Sues Uber and Lyft Over the Status of Drivers

In a groundbreaking crime novel, Black lives matter in the rural South

Amitabh and Abhishek Bachchan recovering well say doctors, could be home in a week

Kroger will no longer give change in coins amid shortage

Judge rules women can get abortion pill without doctor visits

'I had no idea how colorful the world is': Special filters in glasses help tackle colorblindness

Ray J and Princess Love are back together, reconcile after divorce filing

Additional $600 a week in jobless benefits about to expire

Enhanced unemployment for more than 30 million runs out in 11 days, while Republicans play politics

77 dead in floods and landslides in India

Hotels are selling out in popular US vacation spots this summer

Los Angeles, San Diego to have online-only classes in fall

Germany’s Merkel says she won’t weigh in on successor