This story about a workplace food dispute has people online going bananas.

An anonymous poster on Reddit’s "Am I the A--h---" subreddit said he started a meat-eating club at his job in response to a coworker’s vegan-only club.

He claimed that one of his colleagues started a vegan dinner club exclusively for their coworkers following a vegan, vegetarian or pescatarian diet. Other coworkers “will not be able to join the club,” the poster said the group’s “statement of purpose” read.

In response, the poster claimed that he and some other meat-eating coworkers started a burger and steak club to go out and try new restaurants each week. They only allowed meat-eaters to join. However, members of the vegan club filed a complaint with the company’s human resources department. 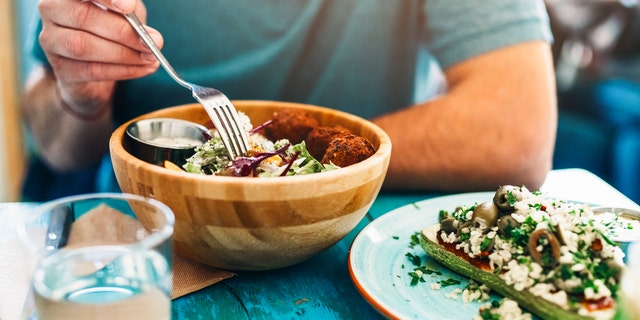 He claimed that one of his colleagues started a vegan dinner club exclusively for their coworkers following a vegan, vegetarian or pescatarian diet. (iStock)

Despite the HR complaint, the meat club was approved, the poster claimed. But now the woman who started the vegan club “refuses to talk” to him.

The community ruled that the poster was not the a--h--- in the story, but there was a lot of disagreement.

One commenter compared the situation to starting a “whites only” club in response to a club for minorities, or a “hetero only” club as retaliation for an LGBTQ+ group.

“A minority wants a club to get to know other members of that minority and share experiences,” the commenter wrote. “Nothing wrong with that. You’re only being excluded in the most banal of meanings of that word.”

Other commenters questioned why the vegan club would want to exclude people who might be interested in making a diet change. 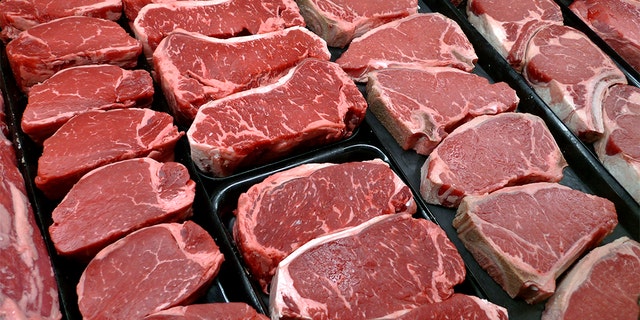 The poster claimed that he and some other meat-eating coworkers started a burger and steak club to go out and try new restaurants each week. (AP Photo/J. Scott Applewhite, File)

“I don’t get the logic,” one person wrote.

One popular target was the company’s HR department. Commenters blamed HR for creating “a division” by approving the first club with the apparently exclusionary statement of purpose.

“Now generally I would say two wrongs don’t make a right so you countering their group with yours was petty,” one commenter wrote,” but HR should have never allowed exclusionary clubs. Be the bigger person and open your group up to anyone, what difference would it make? And you’ll make the vegan club look bad.”

Mourinho about alli: I would have understood if I didn't have enough motivation, but it turned out exactly the opposite. Respect him
Ashraf Hakimi: Inter will compete for the scudetto, we have a great team
Rui Costa: Ronaldo will be discussed in 300 years
Everton offered 20+6 million pounds for Norwich defender Godfrey
Olas about AUAR: Three major clubs are Interested. Talks are difficult
Goretzka due to back problems will miss the match with Borussia in the German super Cup
Zinchenko will miss at least three weeks due to injury
Source https://www.foxnews.com/lifestyle/man-controversy-meat-only-club-coworker-vegan

A Biden presidency could boost Tesla and the auto industry