These rooms definitely don’t come with a view.

Surviving the end of the world doesn’t come cheap. For those who have the money, however, it might be worth looking into this underground bunker that’s nicer than many above-ground New York City apartments. 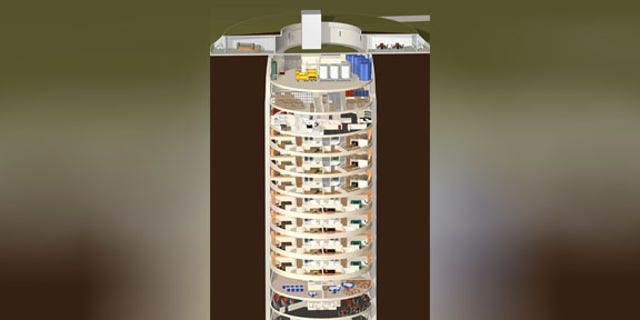 The site was originally built during the Cold War as a nuclear missile launch facility, but it has since been retrofitted to withstand anything the apocalypse throws at it, including nuclear blast to major weather events. (survivalcondo.com)

The Survival Condo is located somewhere near Kansas, CNET reported. Its exact location isn’t publicly known, which is by design. The bunker descends 200 feet into the Earth and holds 15 floors.

The site was originally built during the Cold War as a nuclear missile launch facility, but it has since been retrofitted to withstand anything the apocalypse throws at it, from a nuclear blast to major weather events.

The underground structure has everything that one would expect a survival shelter to have: living spaces, heat and energy sources, food and medical supplies and protection from various dangers that might be lurking outside (nuclear fallout or extreme fires, for example). 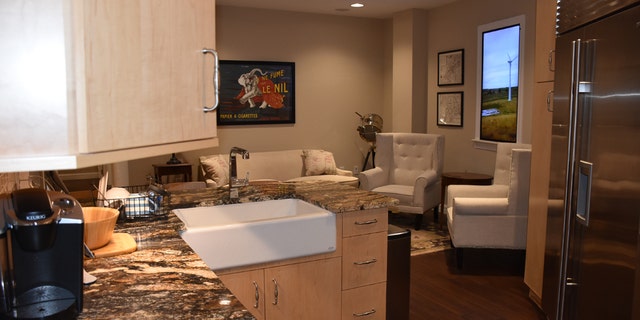 A typical residence (which takes up a half-floor) costs about $1 million. (SurvivalCondo.com)

It also includes luxurious features such as a movie theater with a bar, a workout room (complete with sauna) and a full recreational area. For fun, the residents of the condos will have access to an indoor swimming pool, climbing wall and even a pet park.

Buying a spot in the condo doesn’t come cheap. A typical residence (which takes up half of one floor) costs about $1 million. For people looking for a little extra space during the end of times, they can spend $3 million and have an entire floor to themselves.

On top of that, there’s an additional $2,500 monthly service fee that covers the cost of things such as electricity, water and food.

Gradecki about the departure Bayer: Very disappointing. Let's try to win the Europa League next season
Barella about 2:1 with Bayer: We put to shame Inter's critics who doubted our unity
Tony about Pirlo at Juventus: Pogba would be the perfect gift for him. Andrea will start building the game from midfield
Solskjaer on Manchester United's victory: We reached the third semi-final of the season and now we want to reach the final
Mata on Manchester United's victory: The team is physically exhausted. It's not our best match, but it's important to win now
Bas Pro 1:2 from Inter: after the opening 20 minutes, Bayer entered the game. I believed that we could do something
Conte on 2:1 with Bayer: When a coach sees such dedication, he is always happy
Source https://www.foxnews.com/lifestyle/luxury-survival-condo-pool-theater-kansas?utm_source=feedburner&utm_medium=feed&utm_campaign=Feed%3A+foxnews%2Fmost-popular+%28Internal+-+Most+Popular+Content%29