While the NFL pushes forward with its plans for a 2020 season, amid the COVID-19 pandemic, colleges and conferences are struggling with the immediately viability of sports.

The Big Ten and SEC recently reduced their slates to eliminate all or most of the non-conference schedule, while the University of Connecticut became the first FBS football program to cancel its season.

On Saturday, college football got another jolt when the Mid-American Conference followed suit, canceling all fall sports.

"The decision is grounded in the core values of the Conference that prioritize student-athlete well-being, an area the MAC has traditionally taken a leadership role,” MAC commissioner Jon Steinbrecher said in a statement. “Clearly, we are charting a conservative path — and it is one that has been recommended by our medical advisory group."

Detroit Lions rookie special teams coordinator, and former Miami (Ohio) wide receiver, Brayden Coombs was in a team meeting when the MAC announced its decision. He shared his reaction to the heartbreaking news in video conference with reporters shortly after the announcement. 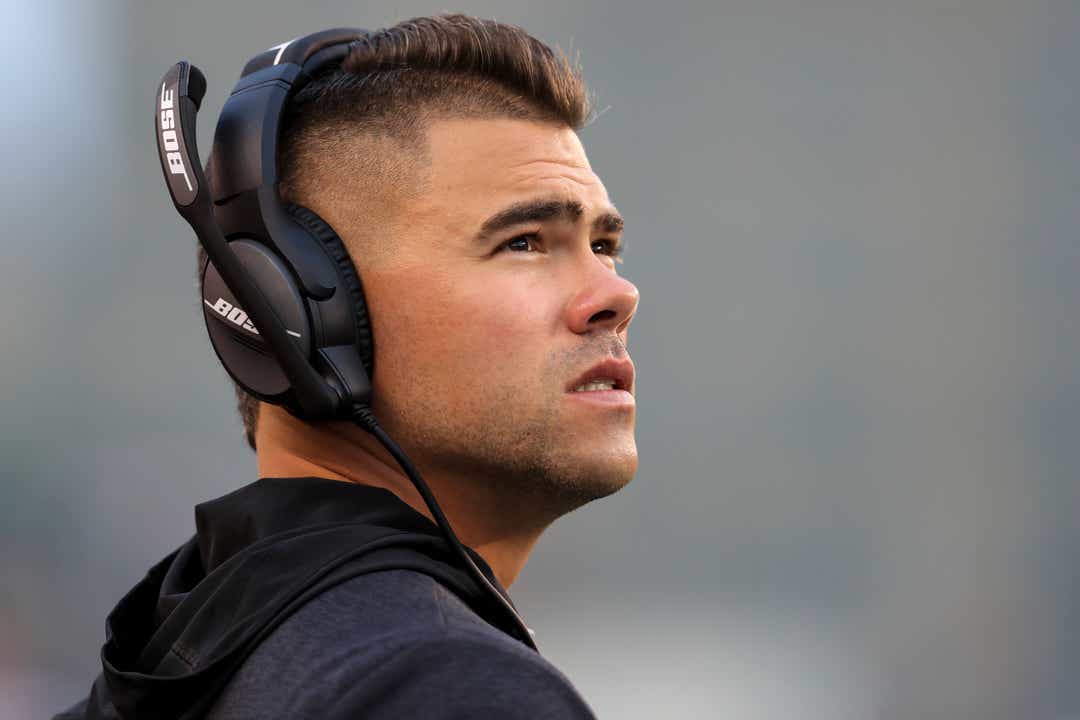 "It’s devastating," Coombs said. "My time at Miami, to this day, is some of the best years of my life. Lifelong relationships and friendships and all that started with the football program. So, I’m really hurt for those guys. I have friends who coach in the MAC, got to reach out to them, obviously disappointed for them. It’s unfortunate, as there’s obviously been a lot of unfortunate circumstances over the last several months.

"Hopefully, the people that we’re entrusting to make these decisions have a good feel for what’s best and are making the right decisions — but even if it’s the right decision, it’s still really disappointing, especially for the kids in those programs right now," Coombs said. "They’re never going to get that time back, so hopefully we can work something out for the spring, or figure something out because really, really disappointing."

"I think he is like everybody else, trying to work his way through it and frustrated that we can’t just go and play ball and do things the way we’re used to doing," Brayden said. "But knowing him, he’ll adjust. He’ll be fine. I know that they’re really hoping they can play because I think they feel really good about the team they’ve got this year. So, we’re all hoping it works out. And I think they’re doing the best they can given the circumstances.

Rivaldo: Barcelona will not be easy without Suarez's goals
Munir from Seville was forced by FIFA to rewrite the rules. Now players can change the national team
Lampard will talk to Kepa and Caballero after signing Mendy
Ralf Rangnick: Havertz - Cruyff of the present day. I don't see any weaknesses in his game
Documentary about Varane nominated for the award of the Rotterdam sports film festival
Two substitute players played for Tuapse. The PFL confirmed the participation of players not included in the application
Jurgen Klopp: Arteta is an exceptional coach. Arsenal have a good balance between defence and attack
Source https://eu.detroitnews.com/story/sports/nfl/lions/2020/08/08/lions-st-coordinator-devastated-mac-conference-canceling-season/3326923001/

Amazon’s Utopia Should Never Have Been Released in 2020

Employee or Freelancer: Which One Do I Need?

As O.C. campuses bring back students, here's how schools in other countries are handling reopening

Trump uses FBI director as a foil ahead of Election Day

Dell's high-end XPS 17 is a workhorse in disguise

Stream It Or Skip It: ‘Utopia’ On Amazon Prime, Where Fans Of A Comic Book Have To Save The World

Queens bar made famous by ‘Goodfellas’ looted by burglars

Keeping It Eel: How One Historian Is Using Twitter and Medieval Factoids to Help Endangered Animals

Jury gets case of white supremacist accused of rape threat

The No. 1 Reason You're Not Experiencing Consistent Revenue in Your Business

Drew Barrymore released gorgeous home decor for fall, and we want everything

Social Security's 2021 increase may be among smallest ever

Jamila Woods and Fatimah Asghar on Desire and Intention

Trump and McConnell Did Something Semi-Sane. It Wasn’t Nuts Enough for Senate Republicans

‘Plan for the Worst and Hope for the Best.’ Why Law Enforcement Officials Are Worried About Post-Election Violence

In ‘The Field’ Podcast, Voters Are the Main Characters

‘Bobby Keys: Every Night’s A Saturday Night’ Is Like Crack For Classic Rock Music Nerds

GM stops sales of Chevy Corvette, 5 other models due to brake issue

4 hair products actually worth buying on Amazon, according to a celeb hairstylist

Can You Spot the Secret Passageway in this Aussie Kitchen Remodel?

Lawyer says cop shot Jacob Blake after hearing a mother's desperate plea: 'He's got my kid. He's got my keys'

If Kajillionaire Is Weighed Down by Stylistic Quirks, Gina Rodriguez Brings It Back Into the Realm of the Human

Trump Wants One Thing From His SCOTUS Nominee

Lisa Edelstein Joins ‘9-1-1: Lone Star’ As Recurring, Will Return To ‘The Kominsky Method’ For Final Season

U.S. envoy says the U.N. "should be cheering us," not criticizing

Where has Amy Coney Barrett stood on important cases?

How Do Children Fight Off the Coronavirus?

Wow! The Radiation Levels On The Moon Are Awfully Hazardous