A leopard has been tranquilized and captured in southern India after it ran into a house, triggering an evacuation and frantic search for the big cat.

The leopard was believed to have come from the Kamdanam forest and ran into a house in Shadnagar town in Telangana state, said Mohammad Abdul Hakeem, a wildlife official.

Despite the evacuation orders, residents swarmed the area to take pictures and video of the big cat. At one point the animal was spotted lounging on the terrace of a house. 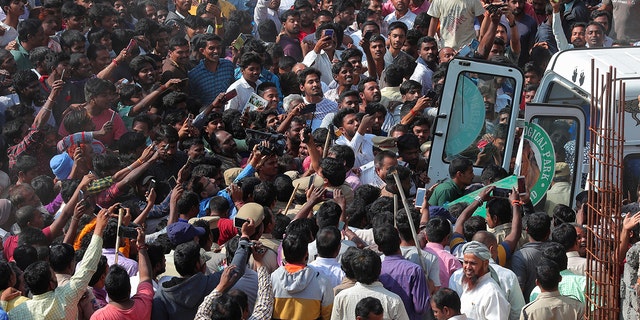 Residents swarmed Indian wildlife officials as they carried a tranquilized leopard to catch a glimpse of the big cat. (AP Photo/Mahesh Kumar A.)

Wildlife officials eventually caught the leopard and carried the animal to a truck through a throng of residents trying to get a look at the cat.

“The leopard was transported to the zoo, where it will be kept under observation and released back into the forests after a couple of days,” said Hakeem. 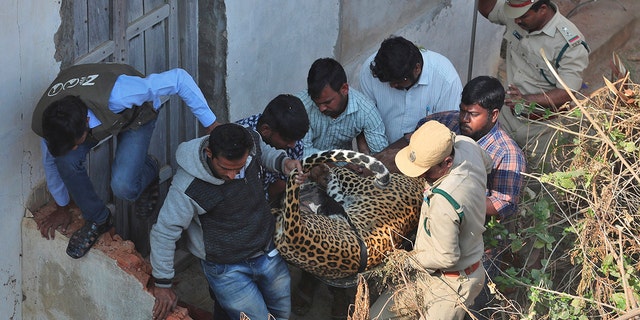 Indian wildlife officials carried a tranquilized leopard they found on the terrace of a house in Shadnagar. (AP Photo/Mahesh Kumar A.)

In India, the deadly conflict between humans and animals has increased in recent years due to shrinking forest habitats and urban expansion. According to official data, 224 people in India were killed in the last five years by tigers.

India is home to 70% of tigers in the world.

PSG are in talks with Chelsea about Ruediger's transfer
Gasperini on Serie A: Atalanta can't start the season with the goal of winning the scudetto, otherwise we will be lost
Showsport - about the transfers of Morata and Suarez (everyone should be happy) and the new Chelsea goalkeeper
Juventus may sign Napoli striker Llorente
Atletico offered Cavani a 1+1 contract after signing Suarez
De Boer on the Netherlands national team: I don't care if I was the 1st, 2nd or 5th candidate. There are always opponents
Jimenez on England: I didn't know where Wolverhampton was before. I only knew about Newcastle and London
Source https://www.foxnews.com/world/leopard-captured-india-search-evacuation-frenzy

With 'The Trial of the Chicago 7,' Netflix returns to movie theaters amid the pandemic

Ruth Bader Ginsburg lies in state at US Capitol

“We Don’t Have the Luxury of Time.” Americans Suffer as the Passage of a New COVID Relief Bill Is Complicated by Ginsburg’s Death

Jacob Tice: My brother Austin Tice asked me to go to Syria with him. Four months later, he was taken

Reuters/Ipsos Poll Shows Biden, Trump About Even in Florida, Arizona

What we can learn about QAnon from the Satanic Panic

Take a Deep Dive into Today's Top Accounting Programs for $40

Justice Department seeks immediate ban on WeChat in US

UK and France record most daily cases since start of pandemic, as university outbreaks linked to parties

Trump’s Lawyers, Manhattan Prosecutors To Square off in Court Over President’s Tax Returns

Special Report: Will Your Mail Ballot Count in the U.S. Presidential Election? It May Depend on Who’s Counting and Where

TikTok ban: Here's the latest on the app's fate

Of the 114 Supreme Court justices in US history, all but 6 have been White men

Here's more evidence the US jobs recovery has stalled

Turkey slams US speaker over remarks on Trump, Erdogan

Judge Says 2020 US Census Must Continue for Another Month

Lawyer says Trump victory in Nov will be worse for Assange