For some baking is, well, a piece of cake. But for the others, the science-heavy pastime requires some assistance.

That’s where King Arthur Flour’s Baking Hotline comes into play. And during the quarantine, the hotline not only saw an amazing increase in volume of calls and emails – but the questions themselves took an unexpectedly emotional turn.

Barbara Alpern, King Arthur Flour Customer Service Baker Specialist and Blogger, described to Fox News in an interview the ways the pandemic has changed the hotline, and shares what everyone has wanted to know over the last four months. 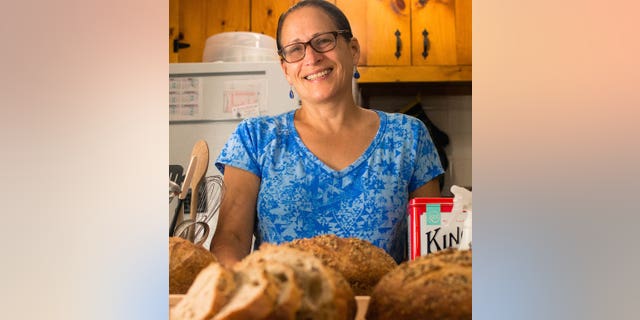 “We’ve definitely been very, very busy. It’s been pretty crazy if you consider [the difference from] April, May 2019, and now April, May 2020,” she said to Fox News.

“We’re busier than the busiest time of the year, which is the holidays,” she added of the hotline, which started in 1993.

But though the traffic has increased to holiday-like levels, Alpern said it’s different than that.

“Usually with holidays, you get certain specific questions, typically around traditional recipes,” she said.

This pandemic, it’s all about the sourdough.

“Everybody and their mother wanted to create a sourdough starter from scratch, which doesn’t always go according to plan, and people get frustrated when it doesn’t rise,” she said.

Though Alpern, who has more than a decade of artisan bread-baking experience and has been working at the hotline for 6 years, said they “always gets a lot of sourdough questions,” this was more than usual. 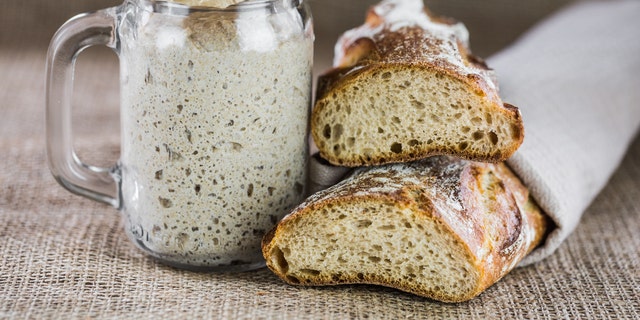 Alpern explained that though sourdough – and bread-making in general – were the most popular questions asked. (iStock)

“I think initially people couldn’t find bread in the grocery store so they thought ‘I’m going to learn to bake bread.’”

To that end, Alpern explained that though sourdough – and bread-making in general – were the most popular questions asked, substitutions were also very common as stores continued to run out of baking ingredients like flour, eggs and milk.

“People are baking to relieve stress, to stay sane.”

The scarcity of baking supplies was not the only way the pandemic was changing how people approached baking, she said.

“I have had some kind of crazy pandemic-related questions that I wasn’t sure how to answer,” she said. “A couple of people called to ask if it was safe to use flour after saturating the bag in disinfectant.”

“Another asked if they prepared cookie dough with latex gloves, is someone with a latex allergy able to eat it?”

To both she advised to “use your best judgment,” telling those inquiring about flour to not use it if “it smells like disinfectant.”

More than just unprecedented questions, Alpern said the hotline has also gotten more personal, and the conversations have “gotten longer and people are sharing” – a fact she is not altogether shocked by.

"When people get on the phone and said ‘I’m all alone here,’ you know this isn’t a conversation just about what flour to use. They really want a human connection."

“I think that baking is always a little personal,” she said. “You talk about who you’re baking for, it gets personal – but these days when people are so isolated and people call us, they really want to or need to talk.”

“When people get on the phone and said ‘I’m all alone here,’ you know this isn’t a conversation just about what flour to use. They really want a human connection.”

Among the more intimate shares, Alpern said a woman called in after finding out her 94-year-old mother had to be transferred to the hospital for COVID-19.

“She called the hotline just for a distraction.” 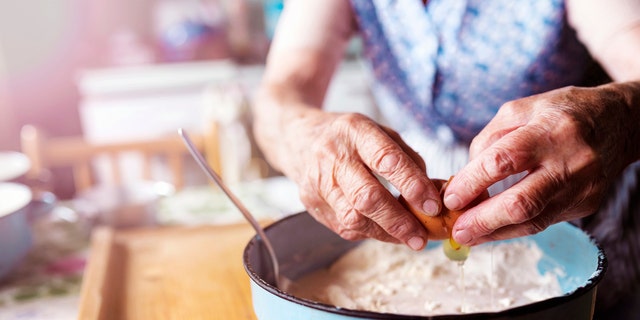 Alpern said the hotline has also gotten more personal, and the conversations have “gotten longer and people are sharing.” (iStock)

Another special story she received she said came from an 89-year-old man looking for advice on a “Tuscan coffee cake.”

“It is a yeasted coffee cake – not an easy project,” Alpern said of the man’s question, but the reason he wanted to make the difficult treat touched her.

“He had recently lost power for several days because of a storm and his neighbor’s finally checked in on him and saw that he was out of food and went grocery shopping for him. So he was working on this recipe to give to his neighbors as a thank you.”

One call she said her colleague received was from a firefighter in California “on his way to a 36-hour-shift and stuck in traffic.”

“He had a sourdough starter in a bucket next to him in the car and had questions about it,” she said.

“People are baking to relieve stress, to stay sane,” she said, noting the hotline was created around “sharing the joy of baking.”

And she doesn’t expect it to end anytime soon – especially the bread-making.

“I think of this as the sourdough pandemic,” she laughed. “Things are still busy. They’ve all got their starters going.”

Guardiola on 2:1 with Real Madrid: If you want to take the Champions League, you need to beat the big clubs
Raheem sterling: Manchester City were great. We knew how good Real Madrid were
Ronaldo scored all 7 goals for Juventus in the playoffs of the last seasons of the Champions League 💪
Rodrigo about Varan's mistakes: Sometimes this happens. It's a shame, but he is a great player
Juve with Ronaldo lost all the tournaments in both seasons, except for the Serie A and the super Cup in January 2019
Guardiola beat Real Madrid for the 11th time as a coach. More than anyone in the twenty-first century
Varan is the 1st fielder in 4 seasons in the Champions League, who made 3 productive mistakes in one draw of the tournament
Source https://www.foxnews.com/food-drink/king-arthur-flour-baking-hotline-popular-question-emotional-story-pandemic