We have always said that there is a very fine line between humour and insult. And it seems, after Kapil Sharma and Krushna Abhishek, Bharti too has crossed it. 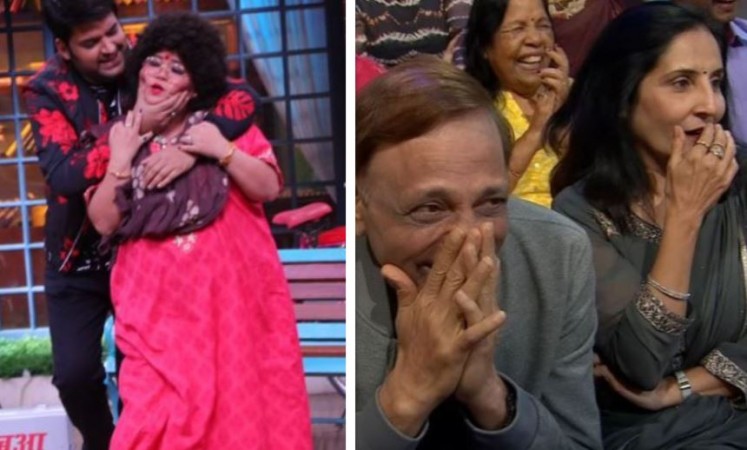 Kartik Aaryan, his parents and Sara Ali Khan were recently on the Kapil Sharma Show to promote Love Aaj Kal.

While Kartik and Sara seemed to have a good time, Aaryan's parents might have been left embarrassed by Bharti Singh's humour.

Bharti, who is seen as Kammo Bua on the show, started flirting with Kartik Aaryan's father. She also asked Kartik's mother if she found Bharti's teeth marks on her husband's neck.

Not willing to stop there, Bharti also said that whenever he intertwined his fingers with hers, her BP would come down.

She also made stories about how he would blow air on Bharti's head and her headache would vanish.

While Kartik was having fun, Sara Ali Khan looked shocked. Kartik's mother, who had been left red-faced suddenly seemed angry over the extent of the joke. Kartik's father too looked visibly uncomfortable and embarrassed. 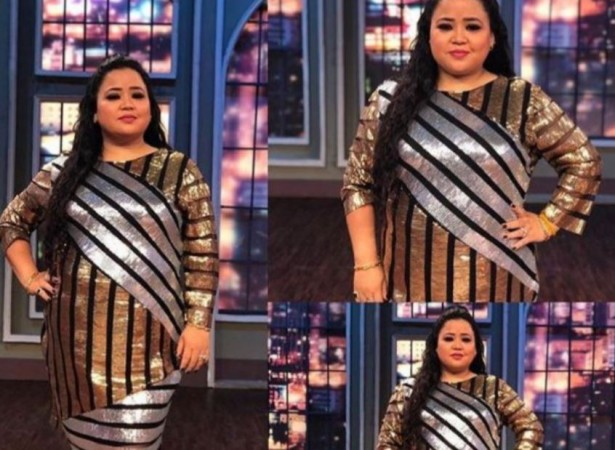 Twitterati also felt the same and said that Bharti should not have gone overboard more so after seeing how uncomfortable Kartik's mother was with all the jokes.

'Kartik's Mummy was disgusted by Bharati's Act, we have stopped when we reached to a limit if it is making uncomfortable', 'They crossed the Line this time, shunt takes actors, family, for granted.. cheap c class talks, SARA was in shock, Kartik Mom couldn't take it' were some of the comments on the video clip that has surfaced online.

Imtiaz Ali's Love Aaj Kal has not managed to receive the same kind of love and adulation as the one starring Deepika Padukone and Saif Ali Khan.

While Saif had said that he had liked his own trailer more, he also went on to support his daughter and said, "I think it is very interesting. Both of them are tremendously popular actors. I'm sure you know people are going to flock to see the movie."

4 Ways to Turn Uncertainty into Strength for Your Business

The Real Housewives of Beverly Hills Taglines Will Make You So Excited for Season 10!

A Tiger Is Slightly Sick With Coronavirus. Your Cats Are Probably OK

How does a bidet work and should you get one?

Coronavirus social distancing around the world

Pink says she ‘cried’ and ‘prayed’ during coronavirus ordeal with son, 3: ‘It got really, really scary’

The Real's Jeannie Mai and Jeezy Are Engaged

NYC Middle School School Acceptance Letters are in for 2020-2021