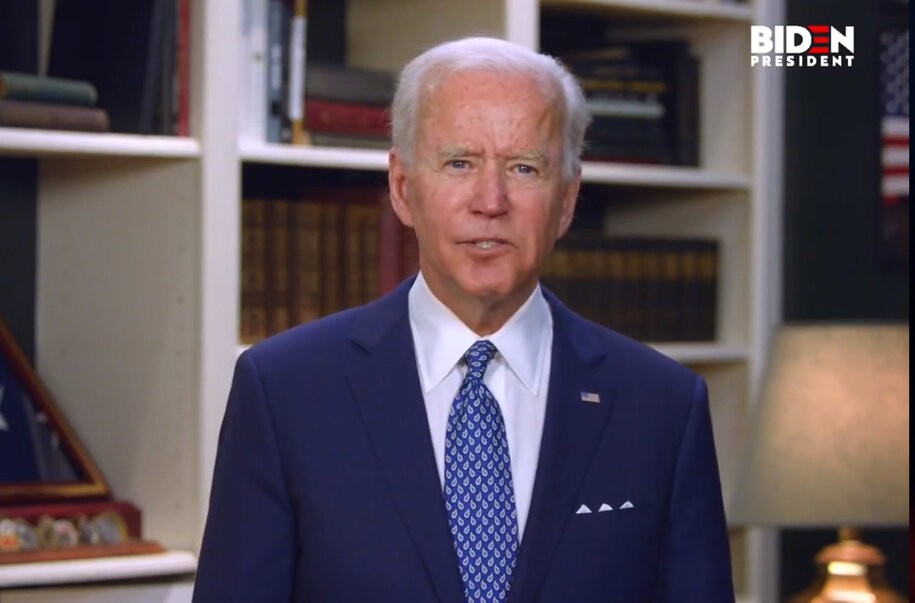 Former Vice President Joe Biden stepped up on Friday and showed a grieving nation what humane, moral leadership could look like. Calling the killing of George Floyd “an act of brutality so elemental it did more than deny one more Black man in America his civil rights and his human rights, it denied him of his very humanity, it denied him of his life,” Biden described the United States as “a country with an open wound” that must be healed, not denied.

Not just Floyd but Breonna Taylor and Ahmaud Arbery are, Biden, said, “the latest additions to the endless list of stolen potential wiped out unnecessarily. It’s a list that dates back more than 400 years—Black men, Black women, Black children. The original sin of this country still stains our nation today. And sometimes we manage to overlook it. We just push forward with a thousand other tasks in our daily life. But it’s always there, and weeks like this, we see it plainly, that we’re a country with an open wound. None of us can turn away, none of us can be silent. None of us can any longer hear the words ‘I can’t breathe.’”

Biden called on white people to imagine if “every time your husband or son, wife or daughter, you feared for their safety from bad actors and bad police. Imagine if you had to have that talk with your child about not asserting your rights, taking the abuse handed out to them so—so, just so—they could make it home.” Black people, he reminded viewers, “don’t have to imagine it. The anger and the frustration and the exhaustion—it’s undeniable.”

“That’s not the promise of America. It’s long past time that we made the promise of this nation real for all people,” Biden continued, calling for “real leadership that will bring everyone to the table so we can take measures to root out systemic racism.”

Biden went on to call for “real police reform that holds cops to a higher standard that so many of them actually meet—that holds bad cops accountable.”

Biden later returned to the acknowledgement that “the promise of America” is not real for everyone, saying “We’ve got to make real the promise of America, which we’ve never fully grasped, that all men and women are equal, not only at creation but throughout their lives.” He closed with a promise to George Floyd’s family, with whom he’d spoken, that “we’ll do everything in our power to see to it that justice is had in your brother, your cousin’s case.”

22 thousand tests before each match – so Union wants to return a full stadium. One game will cost more than a million euros
Real asked fans not to gather in Madrid to celebrate the championship
Ronaldo will not leave Juventus. He wants to overtake Immobile and Lewandowski on goals and win trophies
Napoli will pay about 81 million euros for Osimhen. Medical check-up is scheduled for Thursday
Jose Mourinho: Financial fair play is dead. It is better to open the doors to the circus, let everyone have fun
🟡 The new Barca uniform is inspired by the 1920s, the club's first Golden period. The checkers were removed, and the replica is not being sold yet because of the marriage
We study the environmental damage caused by flights in football. Leader of the anti-rating of dirty players-2019-suddenly Marquinhos
Source https://www.dailykos.com/stories/2020/5/29/1948547/-Joe-Biden-addresses-the-killing-of-George-Floyd-calling-racism-an-open-wound-in-the-U-S

Coronavirus updates: Almost half of all states are spiking at a faster rate than in the spring, USA TODAY study finds

Marlins believe they’re much improved and can contend

‘None of us lie’: Coronavirus testing czar rejects Trump’s attacks on health officials

Live concerts are back on a Chicago venue stage — and fans bought tickets to the show, even if they couldn’t be physically present in the room

Royals hope youthful flexibility a plus during unique season