Kajal Aggarwal and Leander Paes have been longtime friends. But seems like their relationship has gone an inch ahead. According to Spotboye report,

Kajal who's busy down South with her film projects makes it a point to spend some time with Leander whenever she is in Mumbai. They even go out for dinner sometimes. 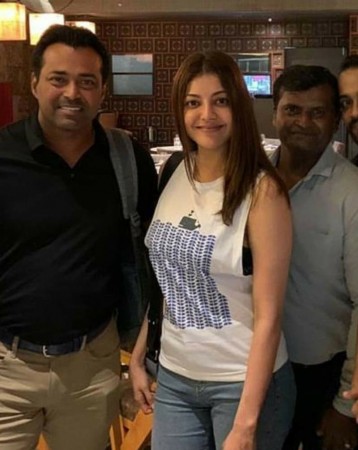 Prior to this, Kajal was said to be in a relationship with a businessman whose identity was not known and reports suggested that she was planning to settle down with him. This was in 2019. But soon, the buzz around that guy faded.

On the other side, Leander Paes was involved with Rhea Pillai, who was his live-in partner. The relationship ended on a very ugly note. The couple was locked in a legal battle since 2014 over the maintenance and custody of their daughter as Pillai had filed a case of domestic violence against Paes and his father. Then in 2019, the Supreme Court granted 1 year to a family court for adjudicating the dispute between Paes and Pillai.

In 2017, actress Kajal Aggarwal attended her first-ever Wimbledon tournament wherein she met ace Indian tennis player Leander Paes. Talking about Leander's past relationships, he was rumored to have been dating Mahima Chaudhary but that too didn't work. 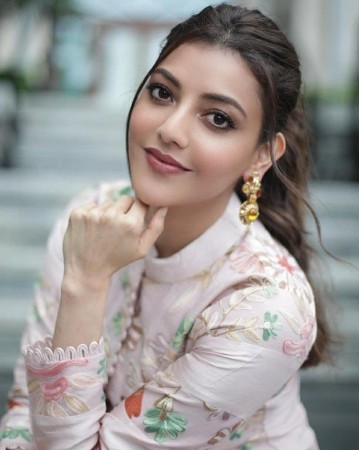 Recently Kajal Aggarwal had a narrow escape from an accident on the sets of Indian 2 along with actor Kamal Haasan.  Kajal Aggarwal too has tweeted about her near-death experience. She wrote, "In so much shock, denial, trauma from the monstrous crane accident last night. All it took was a fraction of a second to stay alive and type this tweet. Just that one moment. Gratitude. So much learning and appreciation for the value of time and life.

Condoling the death of three technicians, Kajal Aggarwal posted, "Words cannot describe the heartache I feel at the unexpected,untimely loss of my colleagues from lastnight.Krishna,Chandran and Madhu.Sending love,strength and my deepest condolences to your families.May god give strength in this moment of desolation. #Indian2 @LycaProductions.

Kajal's sister too has spoken about the incident and wrote, "Prayers for the entire crew. I can't thank god enough for all those saved. I couldn't sleep the night thinking the person under that canopy where the crane crashed, was my sister and she escaped by a split second. #heartfeltgratitude @MsKajalAggarwal.

As per the reports, the team was filming an action sequence where heavy-lighting equipment was mounted on a crane which crashed and fell down. The three killed were Krishna (assistant director), Chandran (art assistant) and Madhu (a production assistant), Lyca Productions said in a statement.

How can photographers capture human connection in the age of coronavirus?

New York governor says virus is spreading like 'slow-moving hurricane' across US. More than 6,000 are dead

Is Keerthy Suresh marrying the son of a BJP leader?

NFL Draft 2020: Giants could add a WR for depth purposes

“We love you NHS”: UK health service gears up for virus peak

Analysis: It’s time for Tomjanovich to get the Hall’s call