NASHVILLE — On Oct. 4, 1970, the Public Broadcasting Service entered the airwaves with an episode of “The French Chef.” I was not quite 9, too young for Julia Child and too old for “Sesame Street.” PBS became the television constant of my life anyway.

I was still a child when I watched “The Six Wives of Henry VIII” on Masterpiece Theater and developed a lifelong love for British period drama. Shows like “Downton Abbey,” “Call the Midwife,” “Last Tango in Halifax” and “Wolf Hall” are still my favorite form of escape, public television’s version of a guilty pleasure. When “All Creatures Great and Small” airs next year, it will be appointment television for me. 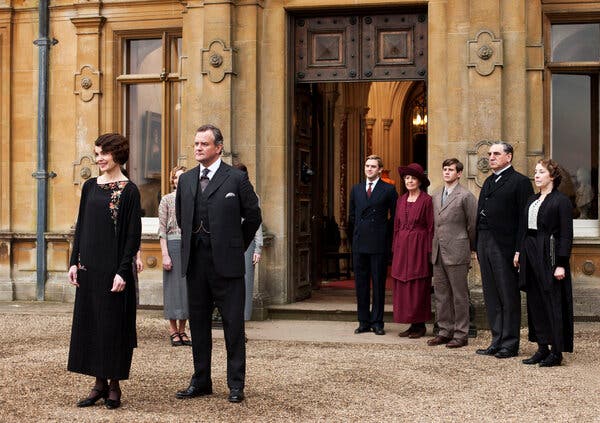 My conservative father had no use for Tudor bedroom drama, but he loved the political drama of “Firing Line” and could do a fair imitation of the show’s longtime host, William F. Buckley Jr. This was the sardonic voice Dad deployed to question political pronouncements he disagreed with. At our house there were many: All three of my father’s children grew up to be liberals, and just as inclined to fierce debate as he was.

But “fierce” never meant disrespectful. It was founded in a conviction that the person voicing the opposing view was neither stupid nor mean. Perhaps that was the real gift of “Firing Line”: It set a standard for civil debate, for engaging rather than dividing.

During the summer of 1973, when the United States Senate investigated the Watergate break-ins, PBS aired the complete hearings, all 250 hours of testimony. The television at our house was tuned to PBS for every one of them. My parents had voted for President Nixon, but Dad saw the Watergate committee’s Republican co-chairman, Howard Baker of Tennessee, as a true hero: a Republican unafraid to seek the truth about a Republican president and protect the rule of law.

PBS’s unprecedented complete coverage of the Watergate hearings was anchored by the journalists Jim Lehrer and Robert MacNeil. Two years later, the station began airing “The MacNeil/Lehrer Report,” and Dad never missed it. Today the show is known as “The NewsHour,” and my husband is the one who never misses it. From the very first notes of the show’s theme music, a feeling comes over me that thrums of safety. Of home itself.

Jim Lehrer on the set of “NewsHour” in an undated photo.Credit...PBS NewsHour

Our sons surely feel the same way. When they were still children, the strict screen time rules in this house tended to be less strict where PBS was concerned. They grew up on “Sesame Street” and “Mr. Rogers’ Neighborhood,” the same programs my baby sister watched from the very earliest days of PBS, but also “Reading Rainbow,” “Kratts’ Creatures,” “Zoom” and “Bill Nye the Science Guy” — educational programs all.

PBS is the successor to National Educational Television, and its roots in education still anchor it today. There’s now a 24/7 broadcast just for children, as well as a website that extends educational programming beyond the airwaves: PBS Kids offers educational games, podcasts and videos, as well as advice for parents. PBS Learning Media, for classroom teachers, links to programming that is both grade-appropriate and searchable by state and national curriculum standards.

These resources are especially crucial to families without access to broadband internet, and it has been a huge boon during the Covid quarantines. It’s not too much to say that PBS was “built for the pandemic,” as the documentary filmmaker Ken Burns put it in a phone interview last week. “We had the materials. We had the relationships. We didn’t have to retool.”

Public television today enjoys unmatched public trust — at a time when those two words have become almost an oxymoron — perhaps because PBS is an inherently democratic institution. The United States is “a big, complex, contradictory, controversial, majestic republic,” Mr. Burns said, “and at PBS we’re trying to include everybody.”

But not by glossing over differences. As with its comprehensive coverage of the Watergate hearings, PBS is not afraid to address the most contentious divisions of regionalism, race, class, religion and politics. “The NewsHour” is not just an in-depth rundown of the day’s events; it’s also a careful exploration of the full panoply of issues surrounding those events. “Sesame Street” is not just an entertaining way for small children to learn numbers and letters; it’s also a way for them to find out about the many cultures that make up American life.

A paratrooper from the 173rd Airborne Brigade after a July 1966 firefight, in Ken Burns and Lynn Novick’s “The Vietnam War.”Credit...John Nance/Associated Press
Johnny Cash, above in 1960, is one of many artists who appear in Ken Burns’s latest documentary, “Country Music.”Credit...Sony Music Archives/PBS

Perhaps the clearest picture of our communal experience comes from Mr. Burns’s own films. From their wide-ranging subjects (the Brooklyn Bridge, the Civil War, baseball, jazz, the Dust Bowl, national parks, cancer, the Vietnam War, country music, etc.) to their diverse central figures (the Roosevelts, Mark Twain, Huey Long, Jackie Robinson and others), this body of work is, collectively, nothing less than the story of the country itself. And it could have found a home only on PBS. “I’ve been making films about the U.S. for more than 40 years, but I’ve also been making films about us — that is to say, the lowercase two-letter plural pronoun,” Mr. Burns said. And when you fully invest in that, you understand that there’s only us. There’s no ‘them.’”

In a time when so many other forces are pulling us apart, this understanding of what it means to be American, of what it means to be human, underlies virtually every program on PBS: children’s shows, documentaries, news reports, even an updated version of “Firing Line.” By aiming to unite, not to divide, public television might be what saves us yet. Happy birthday, PBS. We have never needed you more than we need you now.

Margaret Renkl is a contributing opinion writer who covers flora, fauna, politics and culture in the American South. She is the author of the book “Late Migrations: A Natural History of Love and Loss.”

Conte about 2:0 with Genoa: Inter are aware of their strength, and this helped us play with confidence
👏 The whole world is talking about Khabib's departure and congratulates him on his victory. They demand the first place in the rating for him and respect the desire to be with his family
Klopp Pro 2:1 with Sheffield: Wins 2:0 or 3:0 come when you fight fiercely in games like this
Messi repeated his worst streak - 6 games without goals to Real Madrid
Schalke are 21 consecutive games unbeaten in the Bundesliga and are in penultimate place
Ronaldo - Khabib: Congratulations, bro. Your father is proud of you 🙏
Suarez shares 1st place in The La Liga goalscoring race with Fati and Paco, scoring 5 (4+1) points in 5 games
Source https://www.nytimes.com/2020/09/27/opinion/pbs-50th-anniversary.html

How Trump could undermine Fauci and remake the US government

Migos’ Offset Detained by Police After Run-In With Trump Supporters

Yankees could look for young guns to be 2021 rotation answers

Obama in Florida: Trump's tough guy schtick is a fraud

Sorry Yankees, you’ll be dealing with Rays for years to come

Why I voted for Trump in 2016 and will vote for him again: Goodwin

Harry Reid: Biden should give GOP three weeks to see if they will work with him