Ilaiyaraaja is turning an year older on Tuesday, 2 June. The Music Maestro is celebrating his 76th birthday though there is no public celebration this time due to the lockdown restrictions. 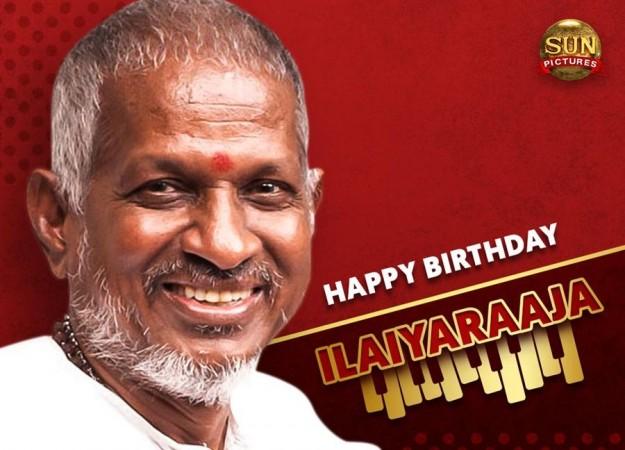 Last year, the Tamil Film Producers' Council had organised a two-day event to celebrate his achievements. The entire film industry had united to make it a memorable occasion.

The Music Maestro has created memorable numbers in a language without having much control over it proves that music nor musicians do not have any barriers. On his special occasion, we would like to pick the top five popular songs (as per chronological order) in Sandalwood:

'Thangaliyalli Naanu' is a track from Ananth Nag's Janma Janmada Anubandha. It is a haunting melody number sung by S Janaki. This is one of the gems in the Shankar Nag's reincarnation drama.

'Jotheyali Jotheyali' is one of the biggest romantic hits of its era. SP Balasubrahmanyam and S Janaki's voice synced well with the tune and the lines penned by Chi Udayashankar. 'Yene Kelu' and 'Santhoshakke' numbers from this movie too stuck the chords with the listeners.

'Naguva Nayana' was a soft melodious song sung again by SP Balasubrahmanyam and S Janaki.
This was the debut movie of leading Indian filmmaker Mani Ratnam.

Omkaaradi is a duet track sung by KS Chithra and Ilaiyaraaja himself. The song was penned by V Manohar. 'Halli Laavaniyali Laali', 'Hele Kogile' and 'Mutthu Mutthu Neera Haniya' were the other hit tracks from the album.

Milner played his 536th game in the Premier League and was ranked in the top 5 of the League in games played
Barca midfielder Fati is removed in the Derby with Espanyol. He spent 5 minutes on the field
Suarez scored 195 goals for Barcelona and finished third in the club's top scorer list
Daniele de Rossi: People call Messi cowardly, but they are afraid to ask their wives for a remote control from the TV
Daniele de Rossi: Ronaldo is comparable to Messi in goals and trophies, but Leo's game is more fun
Pep about 5:0 with Newcastle: Manchester City tries to score more goals out of respect for the tournament and the opponent
Who will enter the Champions League directly?
Source https://www.ibtimes.co.in/ilaiyaraaja-birthday-5-kannada-songs-that-proves-musician-has-no-language-barriers-videos-821386