Experts have discovered the largest, oldest Maya monument near Mexico’s border with Guatemala.

Researchers from the University of Arizona discovered the site of Aguada Fénix in Tabasco in 2017, but have just released details of the find.

The monument is 4,600 feet long and between 30 and 50 feet high, according to the University of Arizona website. It also encompasses nine causeways.

An international team of experts led by University of Arizona professors Takeshi Inomata and Daniela Triadan made the discovery. 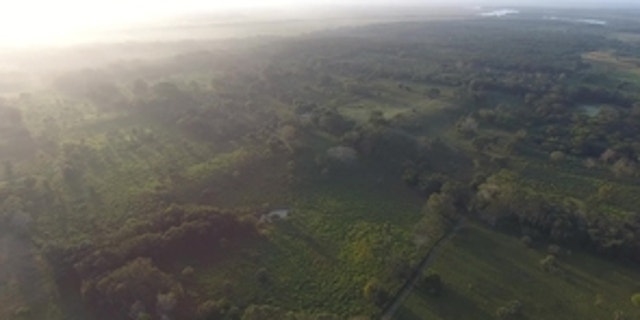 An aerial view of Aguada Fenix's Main Plateau and the ramps connecting to causeways. In this photo, the site is viewed from the northwest. (Photo: Takeshi Inomata)

The monument was found using LiDAR (Light Detection and Ranging) technology. LiDAR uses a laser to measure distances to the Earth’s surface and can prove extremely valuable to study what is hidden in areas with thick vegetation.

"Using low-resolution lidar collected by the Mexican government, we noticed this huge platform. Then we did high-resolution lidar and confirmed the presence of a big building," said Inomata on the University of Arizona website. "This area is developed – it's not the jungle; people live there – but this site was not known because it is so flat and huge. It just looks like a natural landscape. But with lidar, it pops up as a very well-planned shape."

The site was then excavated and the archaeologists radiocarbon-dated 69 charcoal samples, which revealed it was constructed between 1,000 and 800 B.C.

Prior to this discovery, the oldest known Maya monumental site was Ceibal, which was built in 950 B.C., the University of Arizona explains. “This oldest monumental building at Aguada Fénix is also the largest known in the entire Maya history, far exceeding pyramids and palaces of later period,” it adds. 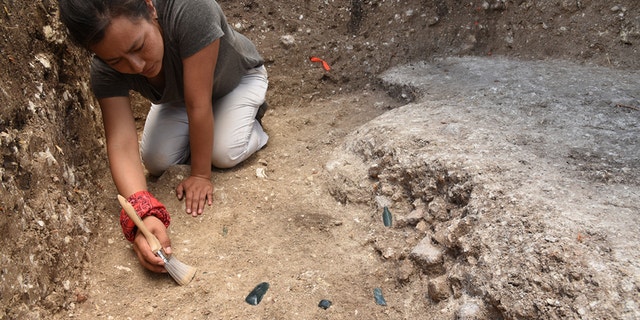 The find is the latest in a series of fascinating Maya discoveries. In a separate project, the capital of a long-lost Maya kingdom was recently discovered in the backyard of a cattle rancher in Mexico.

Last year, experts discovered a unique ancient tool in southern Belize that was used by Maya salt workers more than 1,000 years ago.

In 2018, an ancient mask depicting a seventh-century Maya king was discovered in southern Mexico.

Also in 2018, archaeologists harnessed sophisticated technology to reveal lost cities and thousands of ancient structures deep in the Guatemalan jungle, confirming that the Maya civilization was much larger than previously thought.

LiveScience reported that hundreds of Maya artifacts that may have been used in ritual animal sacrifices were also discovered at the bottom of a Guatemalan lake.

From its heart in what is now Guatemala, the Maya empire reached the peak of its power in the sixth century, according to History.com, although most of the civilization’s cities were abandoned around 900 A.D.

Pique on La Liga: Barca do not like to fall behind, but we have made every effort to change the situation
Pep Pro 0:1 with Southampton: city liked the Game, but it's not enough to win
Mandzukic is Interesting to Fenerbahce and Galatasaray. It is also claimed by Loco and Milan
Messi wants to finish his career at Barca. Bartomeu believes that Leo will not leave in a year
Gasperini about Atalanta: we Want to reach the Champions League and break the club's record for points in Serie A
Hames can leave Real Madrid for the Premier League for 25 million euros. A year ago, Atletico and Napoli offered 45-50 million euros for him. Real Madrid Midfielder Hames Rodriguez is likely to change clubs at the end of the season
Gattuso on Napoli: We must develop a winning mentality
Source https://www.foxnews.com/science/huge-maya-monument-mexico-largest-oldest-discovered