Hong Kong leader Carrie Lam said on Tuesday that Beijing's proposed national security laws would not trample on the city's rights and freedoms and called on its citizens to wait to see the details of the legislation.

"There is no need for us to worry," Lam told a regular weekly news conference, but she did not explain how the freedoms that Hong Kong enjoys will be upheld. 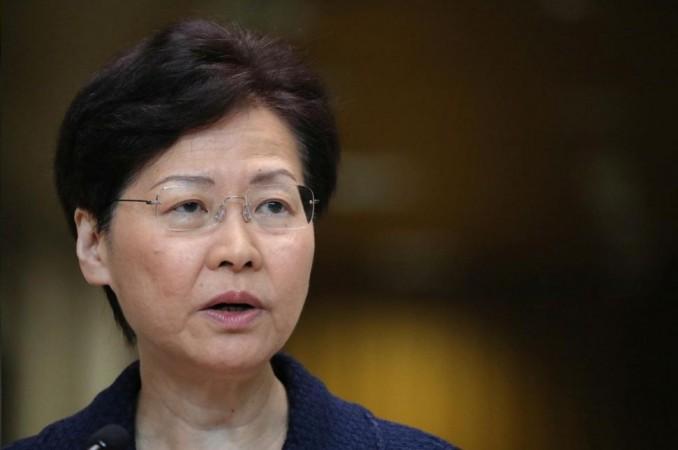 "In the last 23 years, whenever people worried about the Hong Kong's freedom of speech and freedom of expression and protest, time and again, Hong Kong has proven that we uphold and preserve those values," she said.

"The best thing is to see the legislation in front of us and to understand why at this point in time Hong Kong needs this piece of legislation."

Beijing unveiled plans last week for national security legislation for Hong Kong that aims to tackle secession, subversion and terrorist activities. It could see Chinese intelligence agencies set up bases in the city.

Thousands poured onto the street of Hong Kong on Sunday in a mass protest against the planned new security laws. Police fired tear gas and water cannons to disperse the crowd and arrested almost 200 people.

It was the first major protest since pro-democracy demonstrations rocked Hong Kong last year over an unsuccessful plan to introduce an extradition law with China. The unrest plunged the former British colony into its worst crisis since its return to Chinese rule in 1997.

Chen Daoxiang told Chinese state television the garrison had the determination and ability to safeguard China's national sovereignty and the long-term prosperity and security of the city.

China's military has remained in barracks in Hong Kong throughout the past year, leaving police to confront pro-democracy activists. 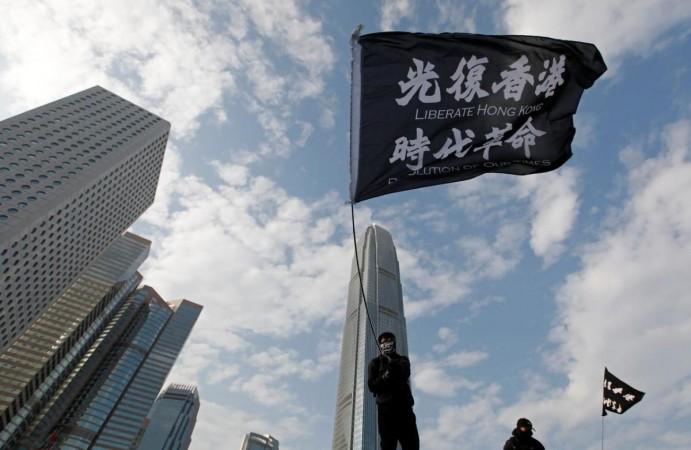 An anti-government protester waves a flag during a protest at Edinburgh Place in Hong Kong, China, January 12, 2020. REUTERS/Navesh Chitrakar/Files

Beijing's security plans have sent jitters through the business and diplomatic communities and raised concerns about the city's future as a global financial hub and whether it will continue to function as a vibrant interface between communist China and the West.

Hong Kong is governed under a "one country, two systems" formula that guarantees it a high degree of autonomy and freedoms not seen in mainland China, including freedom of expression and the right to protest.

Beijing and local officials have toughened their rhetoric recently, describing some of the acts in the protests as "terrorism" and attempts of "secessionism."

Protests turned increasingly violent last year as authorities dug their heels against demands for universal suffrage, amnesty for those arrested, an independent inquiry against police's handling of the demonstrations and a request not to label the protests as riots.

Opinion polls show only a minority of Hong Kong people support independence, which is anathema to Beijing.

Telephone Interview, disinfection of the rails, the ban lifts. We checked-antivirus measures in the NPL really work (well, almost)
David De Gea: I hope to play 400 more games for Manchester United
CAS returned to PAOK 7 points. AEK Carrera may not qualify for the Champions League
Pep Pro Champions League: Real Madrid will knock us out if Manchester City are thinking about the next stage
Quique Setien: Barcelona can keep their title chances until the last round. A lot of things happen in football
Klopp confirmed that Henderson is out for the rest of the season due to injury
Pep on Manchester City's appeal to CAS: Confident in the club's arguments that we will be in the Champions League
Source https://www.ibtimes.co.in/hong-kongs-leader-says-security-laws-will-not-affect-citys-rights-freedoms-820823

U.S. sets daily record for virus cases for the 6th time in 10 days

'Hello 40': Jessica Simpson wears her 14-year-old jeans to celebrate end of her 30s

Trump accuses Biden of ‘plagiarizing’ him over 'buy American' push

Elon Musk about to get another $1.8 billion payday from Tesla

How Donald Trump's vanity may have doomed his reelection bid

Spotify and other apps crash on iPhones in apparent Facebook bug

WHO sends team to China to set up investigation into COVID-19 origins: report

Simone Biles and boyfriend Stacey Ervin Jr. break up after 3 years of dating

Planned for a Year and Bigger Than First Thought: The Strike on Iran’s Nuclear Program

States struggle with reopening of schools

Man charged with murder of woman over May weekend that Tribune data shows saw more than 100 people shot, 21 of them fatally

Taxes are due July 15. Here's what you need to know

Why Charlize Theron Has No Interest in Dating Right Now

What it's like to vacation in Florida right now

WHO says coronavirus going airborne indoors 'cannot be ruled out'

Stars You Forgot Were On The King of Queens