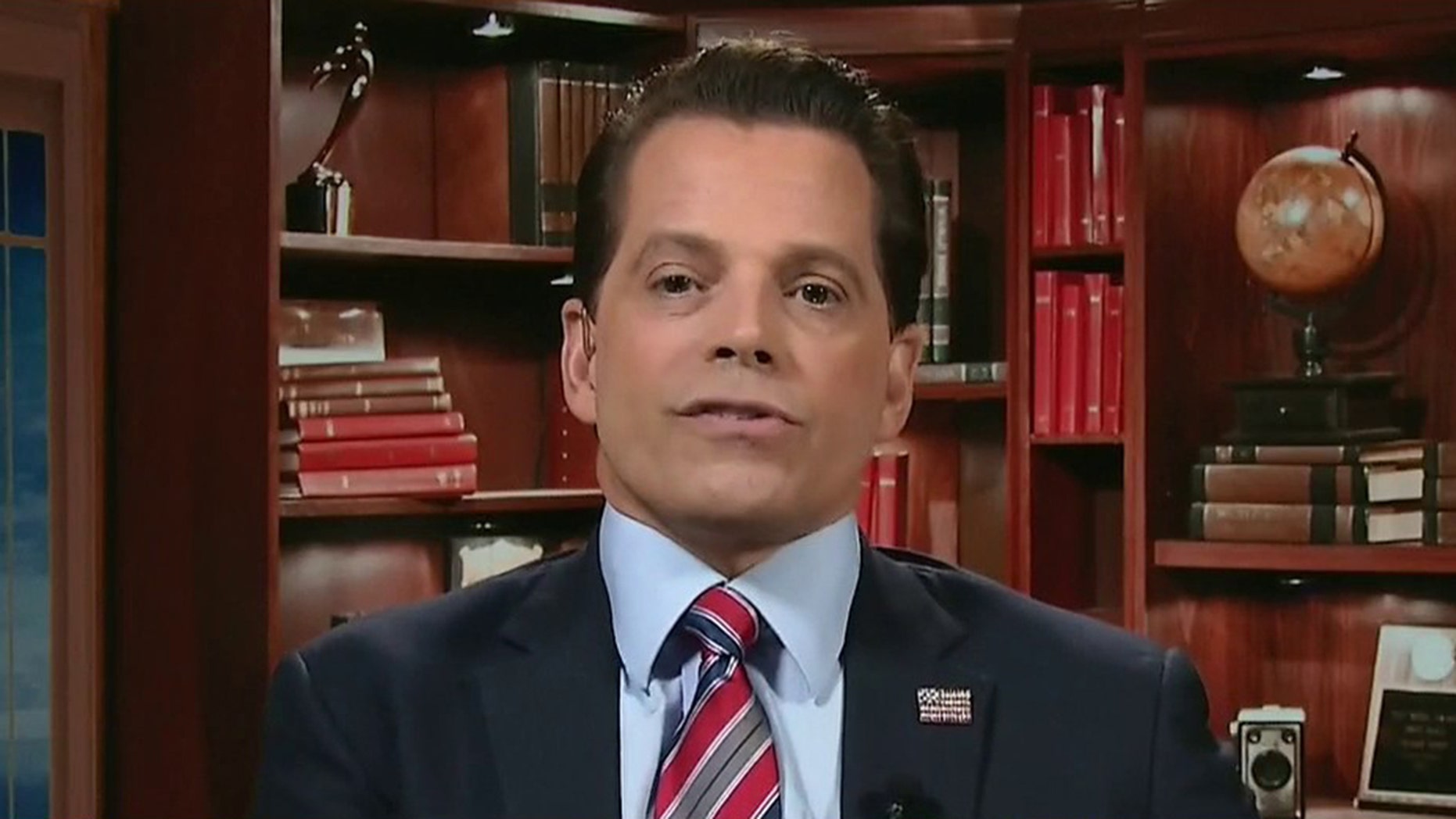 Good morning and welcome to Fox News First. Here's what you need to know as you start your day ...

Anthony Scaramucci, who served in the Trump administration as the White House director of communications before losing his job 11 days later, clashed Sunday night with Fox News' Steve Hilton, the host of "The Next Revolution," after Scaramucci criticized President Trump for essentially failing at every turn in the White House, citing a need to "re-engineer" the entire Republican Party.

The tense exchange caught the attention of the president late Sunday who tweeted Scaramucci was a "loser" who made a fool of himself.

Scaramucci recently teamed up with disenchanted officials from the Bush and Trump administrations to launch The Right Side PAC, a super PAC to turn out disaffected Republican voters for the former vice president and presumptive Democratic nominee.

The interview took a turn when Hilton pressed Scaramucci over his support for Biden's policy platforms, relating specifically to the economy and Biden's plans to uproot the Trump administration's deregulation agenda. CLICK HERE FOR MORE OF OUR TOP STORY.

- Steve Hilton: Anti-Trump Republicans pushing Biden win to protect 'social standing'
- Anthony Scaramucci: Trump is 'a traitor to the United States'
- Steve Hilton: 'Weak, corrupt, mentally malfunctioning' Biden would be a 'tragic setback' for the country
- Trump campaign aide: 'Loser' Anthony Scaramucci 'is all about' himself and he 'terrorized' staff

Discussing the ongoing Black Lives Matter riots rippling through several U.S. cities, Barr told Levin the organization --  which has been characterized by the media as a fed-up activist group --  is comprised of "Bolsheviks" with a focus on "some form of socialism, communism."

Expounding even further, Barr said, "They are a revolutionary group that is interested in some form of socialism, communism. They're essentially Bolsheviks. Their tactics are fascistic."

Barr went on to compare the nationwide riots organized by Antifa to "a new form of urban guerrilla warfare." CLICK HERE FOR MORE.

Counterprotesters from Black Lives Matter got involved in a violent confrontation with pro-police supporters at a Back the Blue rally in Fort Collins, Colo. Saturday, ending with the arrests of three people.

The pro-police attendees said two different groups of counterprotesters -- consisting of Black Lives Matter supporters and what appeared to be members of Antifa -- joined the event. They also claimed a faction from one of those two groups attacked a veteran who was in a wheelchair, according to The Collegian.

Clips featured on a rally goer's Instagram account showed an all-out melee of various protesters beating one another, as people screamed and cursed while they looked on.

Another attendee can be heard on the video saying, "Keep punching each other in the face but don't shoot anybody." CLICK HERE FOR MORE.

THE LATEST FROM FOX BUSINESS:

#TheFlashback: CLICK HERE to find out what happened on "This Day in History."

Steve Hilton discussed during his monologue of “The Next Revolution with Steve Hilton” how anti-Trump Republicans have “come to life over election strategy.” He complains these strategists have not come together to advance conservative principles, but they are “bickering instead about how big a win they want for Joe Biden.”

Not signed up yet for Fox News First? Click here to find out what you're missing.

Fox News First is compiled by Fox News' Jack Durschlag. Thank you for making us your first choice in the morning!  Enjoy the weekend and we’ll see you in your inbox first thing Tuesday.

Karasev is scheduled for the young boys-Tirana match in the Europa League
Les Ferdinand: the Decision to take a knee was very powerful, but its impact has decreased. The message is lost
Vidal said goodbye to Barca: Proud to have worn this shirt and played alongside the greats
Sporting renamed the Academy in honor of Ronaldo
Suarez will receive 9 million euros a year at Atletico
Liverpool will not buy anyone else in this transfer window
Semedu will move to Wolverhampton for 35 million euros. Contract - until the summer of 2025
Source https://www.foxnews.com/us/hilton-scaramucci-clash-over-presidential-politics-best-candidate