Tiger Shroff is the king of action films and one can't take their eyes off his washboard abs. The actor is currently busy promoting his film upcoming film Baaghi 3. Tiger Shroff made his debut with Sajid Nadiadwala's'Heropanti' in 2014 alongside Kriti Sanon. Today, the actor shared the news of its second instalment along with the first look posters on social media.

Tiger shared a heartfelt post on Instagram stating that he is extremely blessed to carry forward 'special' the franchise. Sharing the good news with his fans, Tiger wrote, "This one is so special to me. Blessed and grateful to be carrying forward another franchise with my mentor Sajid sir. #Heropanti2 #firstbaby #SajidNadiadwala. 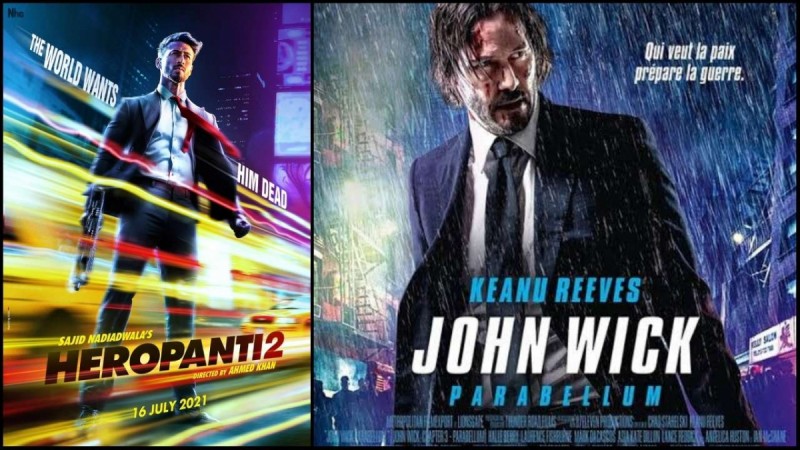 In the first poster, we can see Tiger in a pantsuit and holding a gun in his hands. The poster read as ''The world wants him dead''. The second poster is a close up picture of the 'Baaghi' actor. He is dressed in a black pantsuit with a red tie and holding a machine gun. Though all his fans are super excited for the action flick there are some who have compared his first look posters to 'John Wick Chapter 2'.

The posters are similar to Hollywood actor Keanu Reeves he is also seen sporting a pantsuit and holding a gun. 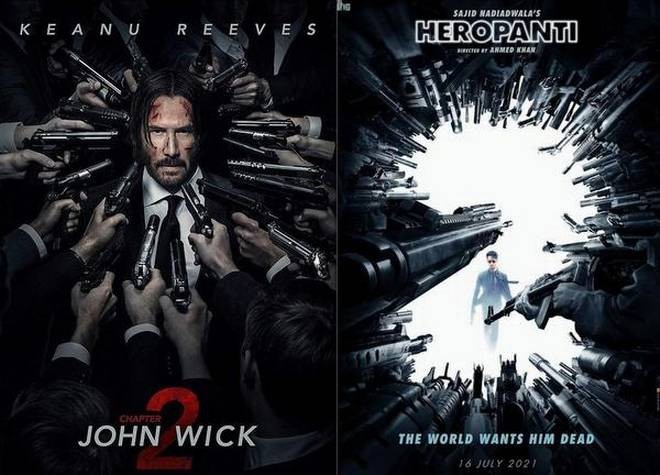 In no time, Twitterati pointed out the similarities and you can simply sit back and enjoy the fun banter among the fans. 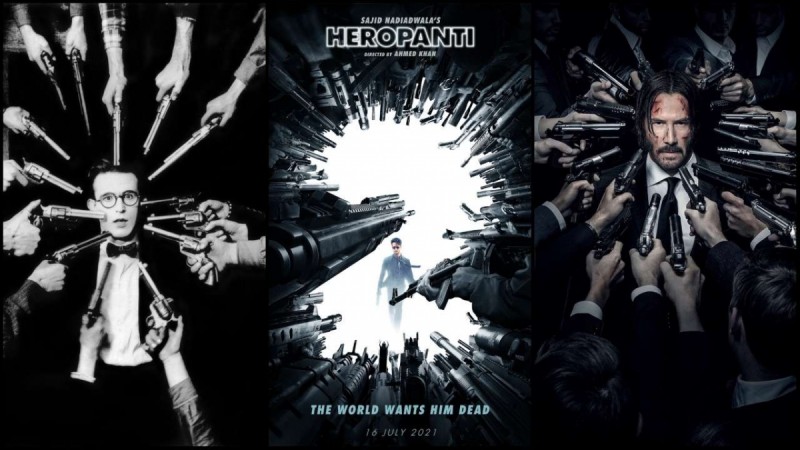 Check out the tweets below:

How Congress can protect a vital segment of our workforce

Italian PM: ‘All conflicts around the world should stop’ during global pandemic

Coronavirus: How India's cheapest ventilator will help save Covid-19 patients

Esper says Pentagon has deployed 'many' ventilators from Defense stocks

AP Was There: Villanova’s Jenkins beats Heels at ’16 buzzer

Coronavirus 'Achilles' heel' may have been found, experts say

Queen Elizabeth To Address U.K. About Coronavirus In Speech

Coronavirus update: DC closes market at Wharf after evidence of overcrowding on Saturday

Surgeon general predicts ‘hardest and saddest’ week due to coronavirus

New Yorkers hunker down as city braces for critical phase

The World at Its Worst

Coronavirus lockdown rules in UK must be followed or exercise may be banned, health secretary warns

Illinois governor fires back after Trump says states were unprepared: 'He doesn't understand the word federal'

Insider Q&A: ‘Everyone will suffer’ from US-China spat

Surgeon general warns US of `saddest week’ and `9/11 moment’

Some ... of many: Those we've lost to coronavirus

Jews prep for a pandemic Passover: Smaller but no less vital

Jim Daly: Amid coronavirus, can we talk about the hope and promise of heaven?

Wayne Rooney: Players being used as scapegoats in row over salary cuts

Grocery workers are key during the virus. And they’re afraid

These comfortable blankets will keep you cozy and warm

For one Portland arcade, it's not "game over"

Chaos and scrambling in the US oil patch as prices plummet

Esper: Dismissal of aircraft carrier commander an 'example of how we hold leaders accountable'

Tom Dempsey, NFL kicker who set a record for the longest field goal, dies of coronavirus

Queen Elizabeth II: History Will Remember Your Actions in the COVID-19 Pandemic

NASCAR iRacing has become the hottest new esport. An FAQ on how it struck gold

Coronavirus frays the safety net for people with severe disabilities, leaving many at risk

Mel Brooks, Carl Reiner and George Takei on getting through a national crisis