Samsung’s phone lineup is impressive, with plenty of cutting edge features and options at multiple price points, but it can also be confusing and intimidating as you try to figure out which phone is best for you.

Below, we’ll break down the top phones in Samsung’s lineup and try to help you find the right phone for you. 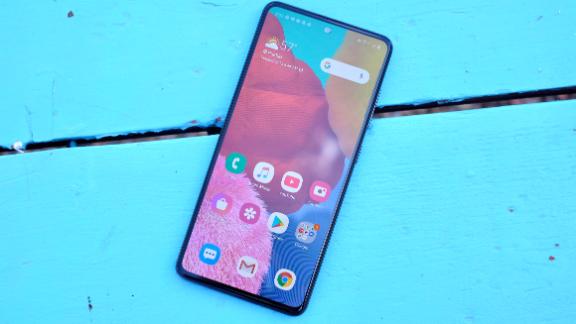 We reviewed the Galaxy A51 earlier this year, and while it’s priced at the low-end, its performance left us wanting more.

Overall, it’ll get the job done, but it’s going to teach you how to be patient when you encounter random slowdowns and sluggishness.

Battery life and the camera are both solid, with the camera taking slightly over-saturated photos that are more than worthy of being shared on Facebook or Instagram. The battery should be more than enough to get through a full day of heavy use.

The A51 has a 6.5-inch FHD+ display, a 32-megapixel front-facing camera, four rear-facing cameras, ranging from a macro shooter for up-close shots, and an ultra-wide camera that lets you zoom out on a photo.

The A51 is a fine phone for someone who doesn’t expect a lot out of a phone. It’ll handle sending messages, Facebook browsing and the occasional gaming session. 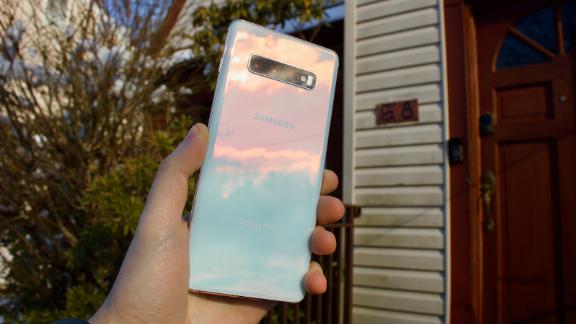 When Samsung announced the Galaxy S20, the company also announced a price drop for the entire Galaxy S10 line, the previous generation of Galaxy phones.

The Galaxy S10 line was originally announced in March 2019, and despite being a year old, all three phones are still fast, have stellar cameras, and live up to everything we said in our Galaxy S10+ review shortly after their release.

The Galaxy S10e is the entry-level model. It uses different display tech and has a fingerprint sensor embedded in the power button, but keeps the impressive camera setup the S10 line is known for.

The S10 line is essentially a 5G-less version of the Galaxy S20, without the fancy camera zoom. And there’s nothing wrong with that, at all. If you want to know how each model stacks up when compared to OnePlus or Apple, we have a buying guide that walks you through it all. 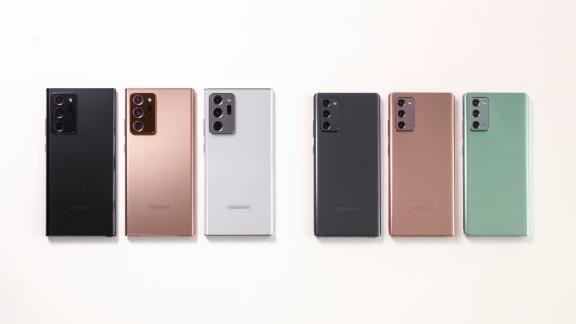 Samsung’s Galaxy Note line has traditionally been geared toward business users and power users who want their phones to do anything and everything. And this year, with the release of the Note 20 and Note 20 Ultra, Samsung is once again aiming its high-end phones at power users.

There are some key differences between the two, starting with price. The Note 20 is priced at $999, and only comes in one configuration, with 128GB of storage, lacks a microSD card slot, as well as some other features you’ll find in the more expensive Note 20 Ultra.

Both phones come with 5G connectivity, are powered by the Qualcomm Snapdragon 865+ processor, and S Pen stylus support.

For someone who wants the latest and greatest, the Note 20 doesn’t make a lot of sense, no matter how attractive its $999 price tag is. 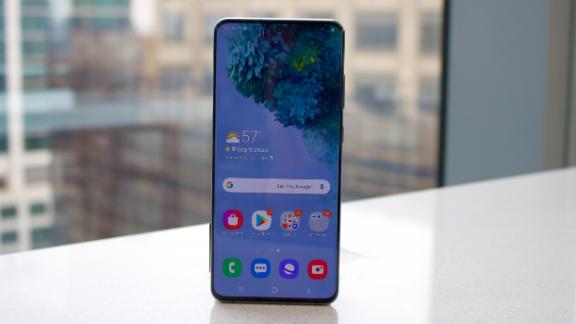 The main differences between the three models come down to screen size, camera features and 5G capabilities. The S20 has a display that measures 6.2 inches, the S20+ display is 6.7 inches, and the S20 Ultra’s screen measures 6.9 inches.

The camera setup on all three models is impressive, with 10x hybrid optical zoom (a feature all phones should have), and up to 100x zoom on the Ultra. The S20 and S20+ have up to 30x zoom, but whether it’s 100x or 30x, it’s not a very useful feature. Photos taken at that zoom level are blurry and pixelated.

When it comes to 5G support, all three S20 models have it, but the standard S20 is not created equal. The short version is that the S20 only supports one 5G connectivity standard, and it’s the slower of the two standards. The S20+ and Ultra support both standards, future-proofing your investment.

The S20 line is ideal for someone who is overdue for an upgrade and doesn’t mind spending more for a phone.

We have a full breakdown, including an in-depth explanation about the 5G differences, that you should read before making any buying decisions. 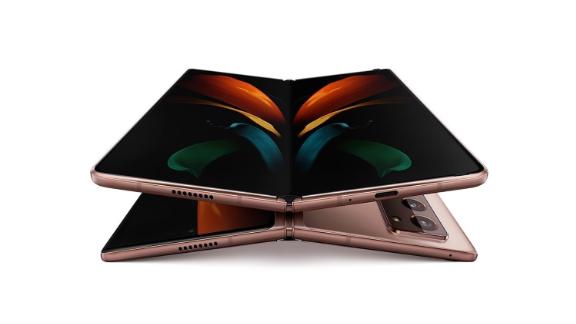 Samsung’s foldable phones are attractive, no doubt. But they’re also expensive, and not for everyone. The original Galaxy Fold, Galaxy Z Flip were prohibitively priced, so only early adopters and the extremely curious would buy them.

For example, the Galaxy Fold is priced at $1,980, but doubles as a tablet and a phone, thanks to its book-like display that quite literally folds in half.

The Galaxy Z Flip is a little bit more reasonably priced at $1,380 and full of nostalgia. However, at the end of the day, you’re paying a lot for a phone that, internally at least, is on par with the Galaxy S10 line.

When Samsung announced the Galaxy Note 20, it teased the Galaxy Z Fold 2. We don’t know the price yet, but Samsung has promised we will learn more on Sept. 1, the same day preorders will go live.

Samsung has promised a lot of improvements with the Z Fold 2, but until we actually get our hands on one, unless you like living on the bleeding edge of technology, it’s probably best to wait until the price comes down and the technology is more refined.

Note: The prices above reflect the retailer’s listed prices at the time of publication.

Tiago made his debut for Liverpool, replacing Henderson in the match against Chelsea
The referee after VAR removed Christensen for a foul on the main. This is the first red Chelsea in the Premier League since 2018
Barca defender of Modibo Interesting Everton, and Wolverhampton, Leicester and Benfica
Semedu for 40 million euros will move from Barca to Wolverhampton (ESPN)
Showsport: Tiago will make Liverpool more variable and thinner. Bayern will feel the loss, but only in the top matches
Jose did not include Dele alli even in the application (it seems, because of the conflict), but so far remained the winner-Son scored 4 from Kane's assists
Negredo scored the first goal for Cadiz. He has 113 goals in La Liga
Source https://us.cnn.com/2020/03/17/cnn-underscored/samsung-galaxy-phone-buying-guide/index.html