Dogs sniffing for explosives and drugs are a common sight at airports around the world. But 10 dogs at the Helsinki Airport are searching for something potentially as dangerous.

A group of coronavirus-sniffing dogs were deployed at the airport for the first time on Tuesday, as part of a pilot program, according to Finnish airport operator Finavia. It’s the first airport in Europe, and the second in the world, to use dogs in the fight against the coronavirus.

“This might be an additional step forward on the way to beating COVID-19,” airport director Ulla Lettijeff said in a written statement. 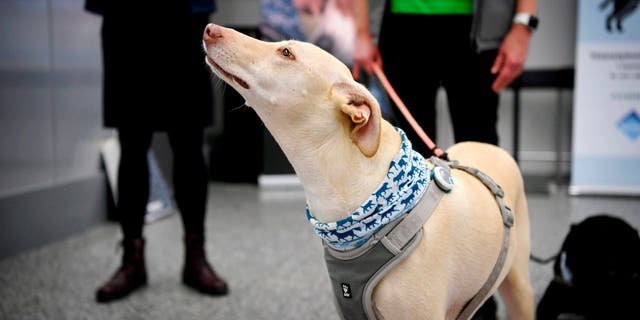 A group of coronavirus-sniffing dogs has been deployed at Helsinki Airport. (Antti Aimo-Koivisto/Lehtikuva via AP)

Trained dogs can smell the coronavirus from 100 molecules or less — far less than the 19 million molecules used in PCR tests, according to Finavia. And research from the University of Helsinki has indicated dogs may have close to 100% accuracy in detecting the virus.

A similar program at Dubai International Airport, where the idea of coronavirus-sniffing dogs was first implimented, reported the dogs' accuracy at  91%, Fox News previously reported.

Unlike lab tests, the dogs can even detect the virus before an infected person displays symptoms, according to the airport operator. 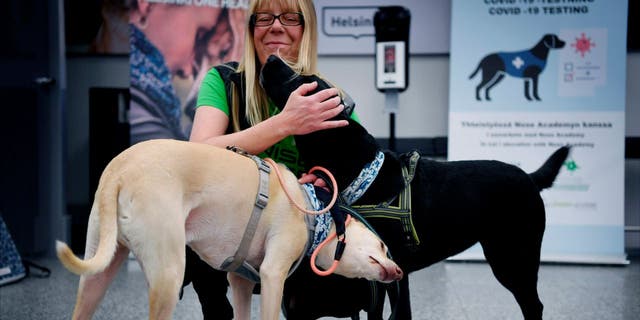 Unlike lab tests, the dogs can even detect the virus before an infected person displays symptoms. (Antti Aimo-Koivisto/Lehtikuva via AP)

The dogs will mainly be used to test travelers arriving from outside the country, according to Susanna Paavilainen, CEO of Wise Nose, the company training the dogs and running the operation.

Passengers being tested at the airport won’t come into direct contact with the dogs. Instead, travelers will wipe their own skin and drop the sample into a cup, which is presented to the dog in a separate booth.Currently, testing is optional and anonymous, with passengers voluntarily submitting to be sniffed.

Any passengers who test positive for COVID-19 will be sent to a city health information point inside the airport. 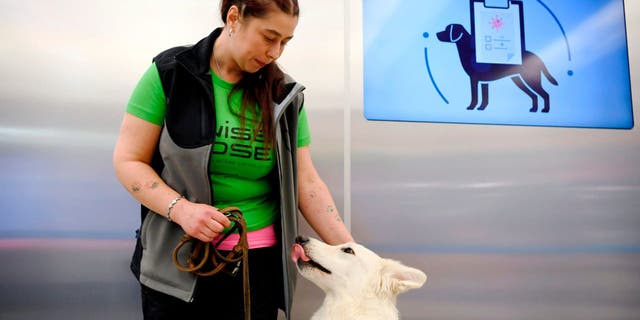 The dogs will mainly be used to test travelers arriving from outside the country. (Antti Aimo-Koivisto/Lehtikuva via AP)

Most of the dogs in the program have performed scent detection before. One of them, Kossi, learned to identify the scent of coronavirus in just seven minutes, according to Finavia.

Four dogs will work per shift, according to Paavilainen.

“Dogs need to rest from time to time,” Paavilainen said in a written statement. “While two dogs are working, the other two are on a break.”

Jaka defeated Arsenal and Leicester did not create anything except the goal. We will try to take points from Manchester United
Pirlo about 1:1 with Verona: Juve do not need a slap in the face to Wake up and play intensely
Everton and Liverpool in the top 2 at the end of the round in the Premier League for the first time in 27 years
Arteta about 0:1 with Leicester: I Don't know why the hell our goal was canceled. It is difficult to create space when 10 people are sitting behind the ball line
Rodgers on 1-0 with Arsenal: Leicester deserved to win. Vardy is a world-class player
Juve without Ronaldo could not beat Verona and Crotone in Serie A
Vardy has scored 11 goals in 12 games against Arsenal in the Premier League. Only Rooney has more
Source https://www.foxnews.com/travel/coronavirus-sniffing-dogs-passengers-helsinki-airport