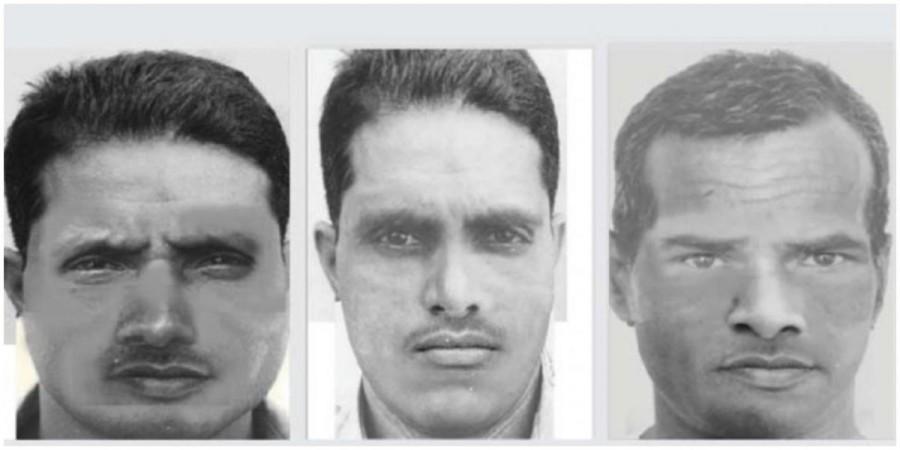 The Uttar Pradesh police released three sketches of a man who is accused of brutally raping a six-year-old girl in Hapur district based on the inputs of the statements of the girl's parents and neighbours and eyewitnesses.

On Thursday a horrific incident had surfaced, a six-year-old was brutally raped n Hapur district. She remains in a critical condition even as the police continue to hunt for the accused.

According to police, the girl was playing outside her house on Thursday when the accused picked her up and forcibly took her on his bike. The girl was later left in a grievous condition in a field.

The girl was kidnapped from outside her home in the Garh Mukhteshwar area, reportedly by a man on a motorcycle. The police launched a hunt for the girl after her parents lodged a missing complaint.

She was found the next morning, unconscious and soaked in blood, behind bushes not far from her village. The girl was rushed to a specialised hospital in Meerut where the medical examination confirmed rape.

Hapur SP Sanjeev Suman said that they have not yet been able to record the victim's statement because of her medical condition. He said that six police teams have been formed to arrest the accused. Meanwhile, protests are being held by the Samajwadi Party and Congress over the incident.

She has already undergone one surgery and doctors say she is stable but not yet out of danger. The doctors said that the girl was brutalised in a manner that is shockingly similar to the Nirbhaya gang rape case of 2012.

The girl will need treatment for a long duration and more surgeries, said Dr SK Garg, the principal of the Meerut Medical College where she has been admitted.

Werner scored for Chelsea for the first time
Fernando Santos: Ronaldo can play until the age of 40, but he will leave if he feels that he can no longer be himself
Manchester City want to sign Alaba. To do this, the club needs to sell Zinchenko
The President of Atletico Madrid on Messi at the club: If Leo wants to play with Suarez, anything is possible. We must hope
Saint-Etienne announced fofan's move to Leicester. The 19-year-old defender will be paid 35+5 million euros
Manchester United are only ready to rent Dembele
Drogba to receive UEFA President's award for outstanding achievement
Source https://www.ibtimes.co.in/hapur-rape-case-6-yr-old-extremely-critical-police-releases-3-sketches-accused-826140

Chadwick Boseman’s ‘42’, ‘Get On Up’, and ‘Marshall’ to Stream for Free Thanks to the American Black Film Festival

Stream It Or Skip It: ‘Michelle Buteau: Welcome To Buteaupia’ On Netflix, An Invitation Into The Comedian’s Circle

Stocks are lower as investors wait for presidential debate

The NHL Had 0 Positive COVID-19 Tests Throughout the Postseason. We Asked Commissioner Gary Bettman What We Can Learn From That

Premier League yet to agree bailout for lower league clubs

Mueller pushes back on criticism from lawyer on Russia team

The Trump Administration Was Right to Lobby for in-Person Education

How Do You Feel About Returning to the Office?

The Masked Singer Shocker: This Unexpected Twist Might "Change the Show Forever"

COVID-19 cases rising among US children as schools reopen