The climate science community is mourning the loss of a pioneering climate scientist and glaciologist, Konrad Steffen. Koni, as he was known to his friends and colleagues, apparently fell to his death in a deep opening in the ice called a crevasse on Saturday while doing research in Western Greenland. 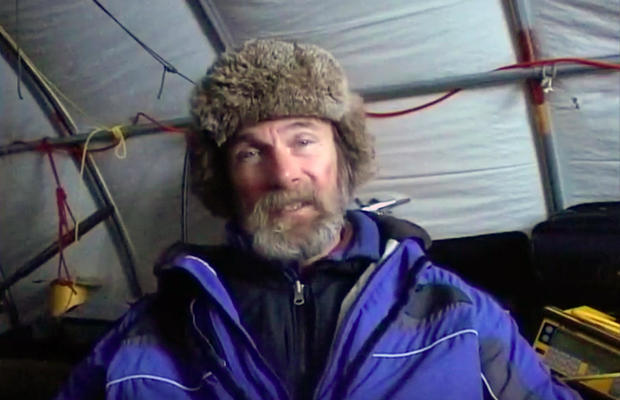 With nearly 15,000 academic citations to his name, Steffen, who was 68 years old, dedicated his life to studying the rapidly melting ice sheets in Greenland and Antarctica. Ironically, it was the perils created by melting around Swiss Camp in Greenland — a research outpost he founded in 1990 — that claimed his life.

Jason Box, a well-known ice climatologist at the Geological Survey of Denmark and Greenland, had spent many years working alongside Steffen and was with him right before he disappeared.

Box says the snowy, windy weather at the time was disorienting. He says Steffen "ultimately went beyond the safety perimeter in low visibility, windy conditions. Koni fell into a water based crevasse while the rest of us were working nearby, unaware. The last thing he said to us was he was going to look at data."

The team organized a lengthy search and eventually found evidence in the thin ice. "[We] found a 2.5 meter long busted through hole in the 3 cm thick floor of the crevasse 8 meters down," Box wrote in a message thread on Twitter. "I am told one is not buoyant in such cold freshwater. Since he was not found, I think he remains 8 meters down in the water."

In a tweet earlier today, citing Steffen's dedication to his craft, Box invoked a quote from Abraham Lincoln: "It is for us the living to be dedicated here to the unfinished work which they who fought here have thus far so nobly advanced."

It is for us the living to be dedicated here to the unfinished work which they who fought here have thus far so nobly advanced - Abraham Lincoln ... #KonradSteffen HT J. Balog pic.twitter.com/qE0As1WvXM

This sentiment was shared widely by the science community. The Swiss Polar Institute, where Steffen served as scientific director, said in a statement on its website, "We will deeply miss Koni, but are committed to continuing his mission towards making a contribution, big or small, to create a difference." It included a link to a video about Steffen and his work.

The statement went on to say, "We lost a wonderful person and true friend way too early." An outpouring of memories on social media paid tribute to Steffen's kindness, warmth and generosity.

Steffen started his career in 1977 when he graduated from ETH Zurich, an institute with which he still collaborated. "With Koni Steffen's death, we have lost a uniquely kind and committed colleague," said ETH Board President Michael Hengartner in a statement.

Through the years he held many leading positions in climate science. Most recently, Steffen had been the director of the Swiss Federal Institute for Forest, Snow and Landscape Research (also known by its German acronym WSL) since 2012. Prior to that, he directed the Cooperative Institute for Research in Environmental Sciences (CIRES) at the University of Colorado at Boulder, a joint NOAA-university institute.

Shocked and saddened by the loss of Koni Steffen here in Greenland this weekend. A brutal reminder that the ice sheets and glaciers we work on can be so unforgiving. My thoughts are with his family, friends and our community at this tragic time. https://t.co/O1MmNkYank

The local Boulder newspaper, the Daily Camera, described him as an incredibly active leader and connector in the glaciology field, noting that "In the decades since establishing the Swiss Camp, he brought countless graduate students and scientists to observe the melting ice and rising sea levels, as well as camera crews and a U.S. congressional delegation."

Former U.S. vice president and Nobel laureate for his work in climate change, Al Gore, praised the influence Steffen has had. "Koni's renowned work as a glaciologist has been instrumental in the world's deepened understanding of the climate crisis," Gore wrote.

I am deeply saddened to learn of Koni Steffen’s tragic death in a crevasse near Swiss Camp, on the top of Greenland. I send my love to his family. Koni's renowned work as a glaciologist has been instrumental in the world’s deepened understanding of the climate crisis. 1/2

CIRES director Waleed Abdalati, who had Steffen as an advisor in graduate school and later knew him as a colleague, described his passion for science as infectious.

"I just remember thinking, he loves this," Abdalati said, "He passed doing what he loved."

Chris Waddle: I Don't see Manchester City Winning the Premier League this season
Lewandowski and Kuizans laughed at rumors of a conflict in training
Kevin-Prince Boateng signed a contract with Monza Berlusconi until the end of the season
Ex-Manchester United player Raphael: van Gaal is one of the worst people I've worked with. I was told that he doesn't like Brazilians
Rebic dislocated his elbow and may miss several Milan matches
Manchester United will work on Sancho's transfer until the transfer window closes
Frank Lampard: Must stand up for the Cap. I'm not going to say that he spent his last game for Chelsea
Source https://www.cbsnews.com/news/konrad-steffen-koni-climate-scientist-dies-greenland-ice-sheet-crevasse/