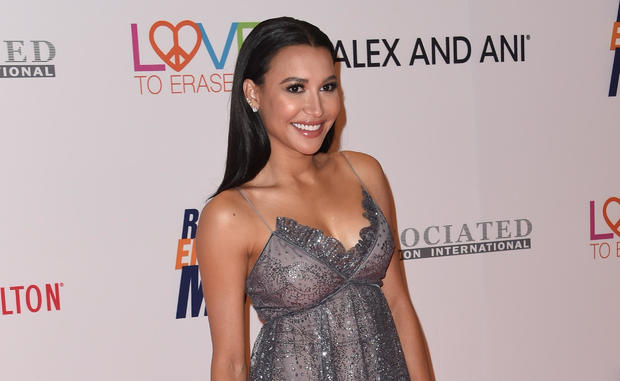 Naya Rivera attends the 24th annual Race to Erase MS gala at the Beverly Hilton hotel in Beverly Hills, on May 5, 2017. Chris Delmas/AFP/Getty

Rescue crews scoured a small lake in Ventura County, California late Wednesday evening for former "Glee" actress Naya Rivera, who went missing while on a boat trip with her young son. CBS Los Angeles said the 4-year-old boy was found alone on the boat on the water.

A witness told CBS Los Angeles they saw the boy and his mother take the rental boat out onto Lake Piru, in Los Padres National Forest, late Wednesday afternoon.

About three hours after they set off, another boater reportedly spotted the boat drifting and then found boy asleep on board. Search and rescue crews were immediately dispatched, including divers and helicopters scanning the lake from above.

CBS Los Angeles said the young boy told police he and his mom had gone out to go swimming.

The Ventura County Sheriff's office confirmed that Rivera was the subject of the search, but indicated in a tweet that efforts to find the actress had been put on hold Wednesday night. The search "will continue at first light," the tweet said, showing video of search helicopter coming back to land in a parking area in the twilight.

The missing person at Lake Puru has been identified as Naya Rivera, 33, of Los Angeles. SAR operation will continue at first light. @VCAirUnit @fillmoresheriff @Cal_OES pic.twitter.com/bC3qaZS3Ra

The little boy was unharmed, according to CBS Los Angeles.

Lopetegi about éver Banega: When he plays well, the whole of Seville plays well
Sanchez received 7.5 million pounds from Manchester United for terminating his contract
Javi Martinez is Interesting to Renn. The club will play in the Champions League
Fonseca Pro 0:2 with Sevilla: Roma deserved to lose
Manchester United are ready to sell Lingard. He has scored in the last two matches
Dzeko Pro 0:2 with Sevilla: Roma never got into the game
Sergio Region: Sevilla are determined to win the Europa League. We want to win everything we can
Source https://www.cbsnews.com/news/naya-rivera-missing-glee-actress-vanishes-on-boat-trip-lake-piru-california-with-young-son/

After nearly 50 years on the run, 77-year-old prison escapee captured

Why 'negative partisanship' explains so many of America's political problems

July US jobs report is expected to point to hiring slowdown

For Kris Kobach, A Dream Dashed

A Tribute to the Irish ‘Titan’ John Hume

Conservatism is a Collection of ‘Losers.’ It Doesn’t Have To Be.

Review: 'Lovecraft Country' is a middle finger to a century of racist sci-fi

This Day in History: August 7

A brief look at the opening round of the PGA Championship

Tiger Woods in PGA Championship mix after first round

Why did Rajinikanth hesitate to hold Shobana's feet for a scene in Shiva; danseuse reveals

Instagram's algorithm blocked negative hashtags of Trump, but not Biden

What do higher levels in the Potomac River after Isaias mean for DC region?

Trump Signs Executive Order That Will Effectively Ban Use Of TikTok In the U.S.