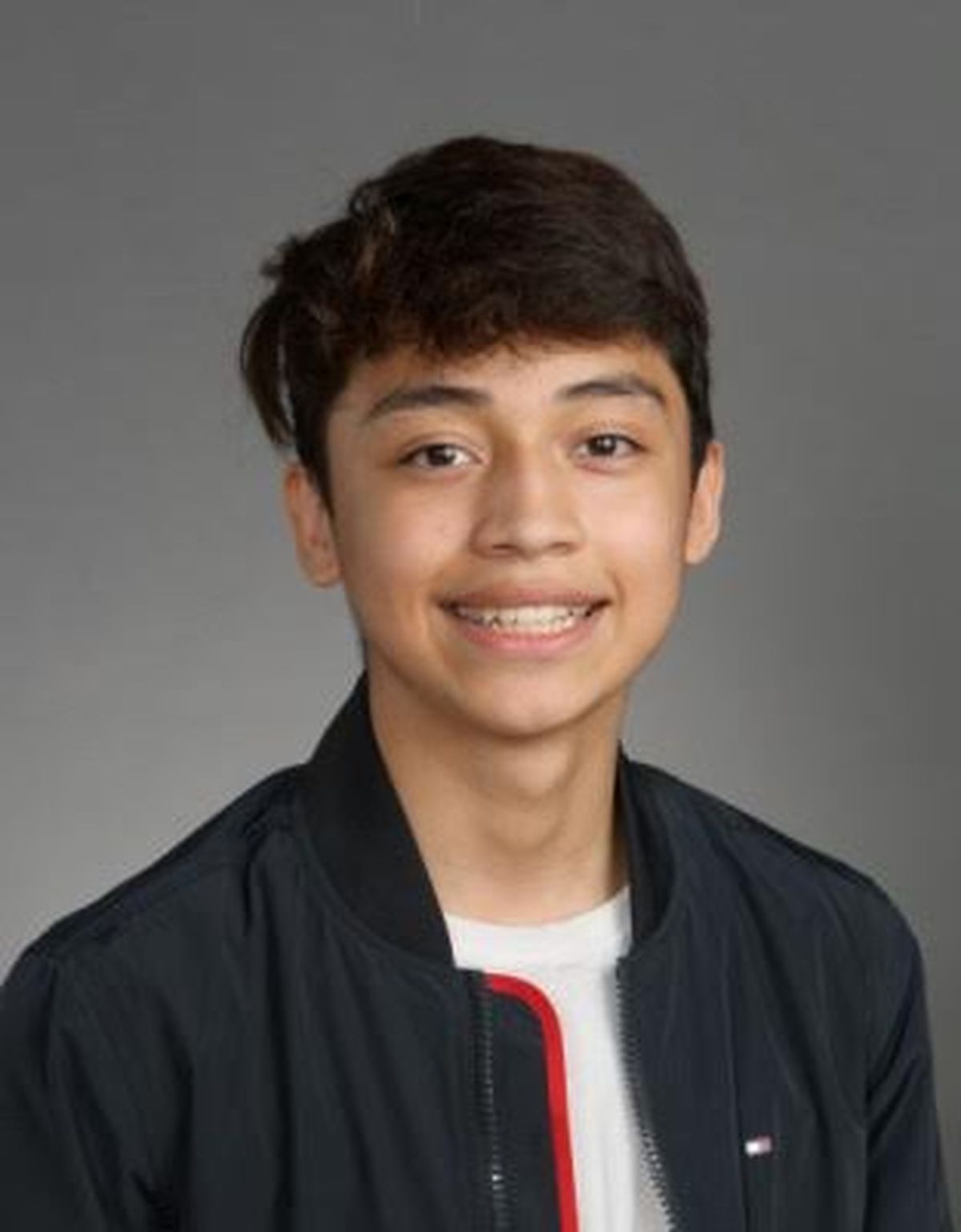 Family and friends of Elias Valdez will say their final goodbyes this week as the teenager is laid to rest.

Valdez, 15, died during surgery Aug. 5. after he was found with a stab wound to his chest, according to Glenview police. He was a rising sophomore at Glenbrook South High School.

“Please keep the Valdez family in your thoughts during this most difficult time,” she wrote. “If you would like emotional support, please reach out to your counselor. We are here for our students, staff, and parents every step of the way.”

The visitation will take place 3-8 p.m. Thursday at Ahlgrim Funeral Home, 201 North Northwest Highway, Palatine. Only 50 people will be allowed inside at once, according to Fagel.

A funeral service will take place at 10 a.m. Friday at the same funeral home, followed by a processional to St. Michael the Archangel Catholic Cemetery and Mausoleum in Palatine.

As of Tuesday, police said the investigation is ongoing and declined to comment further.

An autopsy of Valdez determined that he died of a stab wound to the chest, and his death was ruled a homicide, according to the Cook County medical examiner’s office. 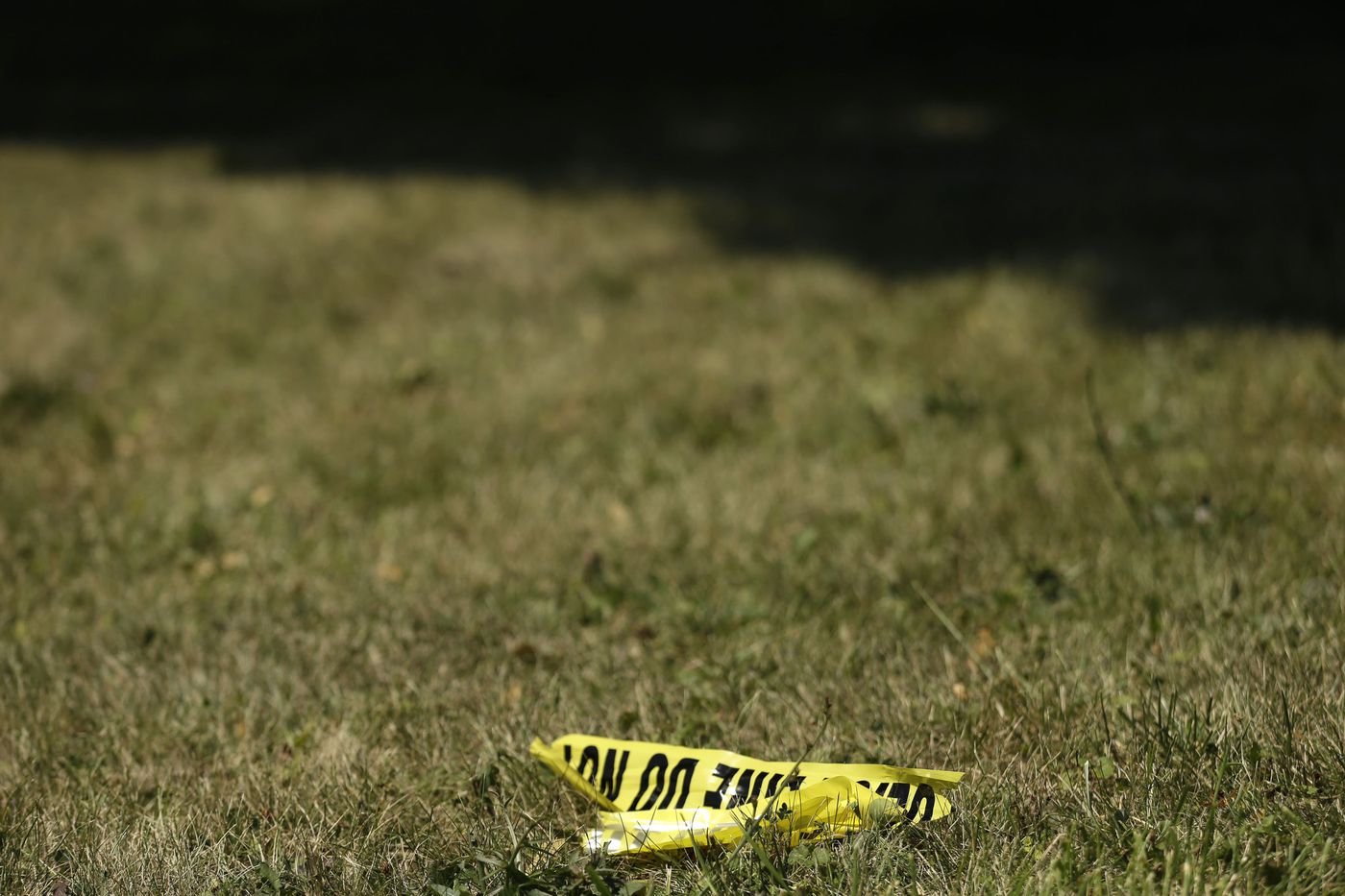 A piece of yellow police crime tape is strewn across the front yard of a home along the 1200 block of Greenwood Road on Friday, Aug. 7, 2020 in Glenview. Elias Valdez, 15, was found stabbed nearby two days prior and later died in a local hospital, and his death was ruled a homicide. (Stacey Wescott / Chicago Tribune)

Valdez, of the 10400 block of Dearlove Road, was found lying in a grassy area in the 1200 block of Greenwood Road shortly after 7 p.m. on Aug. 5, police said in a news release. The area is a patch of tall grass between a subdivision, a few homes and a water pumping station.

A passerby called 911, police spokesman Sgt. Jim Foley said. A bike was found near the spot Valdez was found, but Foley declined to comment on its relation to the incident.

Valdez was taken to Advocate Lutheran General Hospital in Park Ridge, but died in surgery at 8:52 p.m., according to the medical examiner’s office and police.

Glenbrook South offered support services to students and staff in person and through Zoom on Friday. About a dozen students showed up at the school to utilize in-person services, according to Superintendent Charles Johns.

In an earlier message Fagel wrote to families announcing the loss of Valdez, she described the student as “a kind, charismatic young man who exhibited great leadership qualities.” She said he loved his mom and family and that he had an “endearing spirit.”

“The many adults who worked with Elias appreciated his devotion to his family, his kindness to others and his ability to quickly make friends and make others feel welcome,” she wrote.

She also said Valdez had joined the wrestling team in the previous school year. His coaches, in a statement provided by the school, said they recognized natural ability, drive and work ethic in him.

Valdez’s death marks the first time since 2004 the village has had a homicide, Foley said. Steven L. Zirko was charged with murdering his companion, Mary Lacy, 38, and her mother, Margaret Ballog, 60, in Lacy’s Glenview home on Dec. 13, 2004.

Barcelona's Interest in Isak Increased after Koeman's appointment. Larsson has a high opinion of the player (Mundo Seportivo)
Manuel Pellegrini: When you play against Real Madrid and var, it's too much
PSV and Porto are Interested in Barcelona midfielder PUC. He doesn't want to leave the club
Puyol about Barcelona: If we want to win the championship, we need to perform very well
Schalke sacked Wagner. The team has not won the Bundesliga since January
Iacini on 3:4 with Inter: Even a draw would be an unfair result, given how many chances Fiorentina created
Ramos Pro 3:2 with Betis: the Referee tried his best and didn't do anything intentionally
Source https://www.chicagotribune.com/suburbs/glenview/ct-gla-elias-valdez-funeral-details-tl-0813-20200811-etckzyw2dvfv3enytblnallczu-story.html#ed=rss_www.chicagotribune.com/arcio/rss/category/news/

Jimmy Carter and a lifetime's response to race

The renaissance of roller skating

Falcons-Bears game is on after A.J. Terrell’s positive COVID-19 test

Americans to political campaigns: Please, please don't come to our houses during a pandemic

Barrett could be Ginsburg’s polar opposite on Supreme Court

Presidential debates: When the whole world is watching

What are the key issues Trump, Biden will debate?

2 Injured After Car Plows Into Crowd Of California Demonstrators

Printing 'Best before date' on sweets must from Oct 1

Is Amy Coney Barrett Joining a Supreme Court Built for the Wealthy?

Republicans Get Ready to Confirm Barrett to Supreme Court Before Election

Mariah Carey on the darkest chapters of her life

The Bear fire nearly wiped this town off the map. Miraculously, one landmark survived

Learn to Profitably Advertise and Market Your Brand With These Courses

Clashes break out between Armenia and Azerbaijan over disputed region

Bhaichung Bhutia: Every country needs a good league and good teams playing in it

Brain-eating amoeba kills Texas boy, 6, as thousands ordered not to use water

Military suicides up as much as 20% in COVID era

The Latest: Americans Isner, Korda to meet at French Open

Save up to 68 percent on these grills, outdoor ovens and BBQ accessories

Polls: Biden remains ahead in Michigan and Wisconsin

Trump says he did not discuss Roe v. Wade with Amy Coney Barrett

As Covid-19 rages on, countries need to support migrant workers