From pulpit to pole; how a bisexual pastor turned stripper in quest of happiness

Not all people are able to break free from stereotypes, especially when one is raised in such an environment. But not Nikole Mitchell, a 36-year-old mother of three, who refused to trade her dreams for some conventional traditions.

Mitchell grew up in a Baptist family and being a woman meant being reserved and conservative in the confines of house walls. But her dreams were too big to be contained within those stereotypic walls. Mitchell revealed she always fantasied about being a stripper, even from a young age. But living that fantasy was not a straight path, as she was at one point a baptist and not fully aware of her sexuality.

Becoming a pastor... for the love for performing

Mitchell couldn't directly go on to live her fantasy of being a stripper due to what she was taught growing up. The first step she took to break free from the conservative ideology was to become a pastor. And it started in 2011, when she joined Woodland Hills Church — an evangelist megachurch in St. Paul, Minnesota.

"I was taught that women aren't allowed to lead and that women belong in the kitchen and with the children. So even though it went against everything I was told, I decided to become [a pastor] because of my love for performing,' Mitchell told the New York Post. 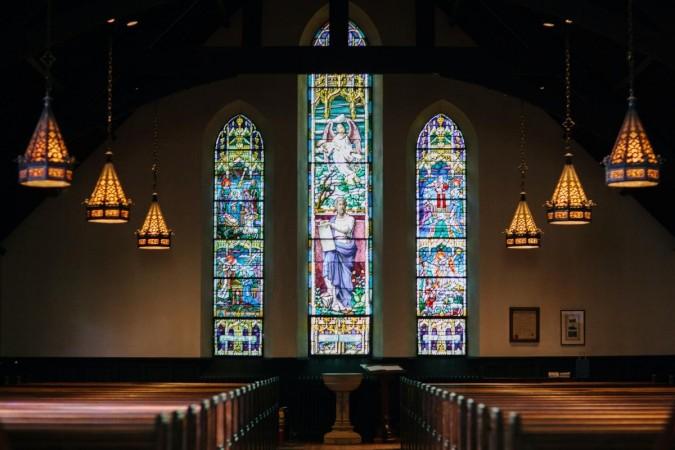 It was when she joined the church, she was educated on the possibility of gender equality within the faith. "One of my pastors said 'Nikole, did you realize that you're a theologian? And they said, 'We'd like you to be one of our pastors,' " she recalled. "To be on stage in front of thousands of people — that's what I had been dreaming of for years."

By 2016, Mitchell was a weekly pastor at the church, but that year held more surprises for her. Mitchell attended an LGBT-oriented theatre performance later that year, which is when she started to understand her sexuality.

Mitchell, who now identifies as bisexual and pansexual, knew she couldn't reveal her queerness as the church was unwelcoming towards it. She decided to leave the church after realising that she was living a "very duplicitous life."

"I just never showed up again," Mitchell recalled, after her weekend sermon on the fourth of July in 2017.

Few months later, Mitchell came out and released a video on YouTube announcing her sexuality. She took up a class called "Sexpress You" to rebuild her life and then got her first nude photoshoot done. Mitchell then started her OnlyFans account, which is a platform to share explicit photos and videos in exchange for money.

"I started off really timid like just topless photos, but now I'm at the point where I take personal requests and make videos very tailored to people's specific desires," said Mitchell, adding that she was even offered "several thousand dollars to have sex with someone, and I was A-OK with that, but then COVID hit and that got cancelled."

After taking some tough life-changing decisions, Mitchell is finally at a point in life where she is happier than ever.

"My sexuality is incredibly healing and sacred. And when I give this gift to people, it blesses them," Mitchell said.

👏 The whole world is talking about Khabib's departure and congratulates him on his victory. They demand the first place in the rating for him and respect the desire to be with his family
Klopp Pro 2:1 with Sheffield: Wins 2:0 or 3:0 come when you fight fiercely in games like this
Messi repeated his worst streak - 6 games without goals to Real Madrid
Schalke are 21 consecutive games unbeaten in the Bundesliga and are in penultimate place
Ronaldo - Khabib: Congratulations, bro. Your father is proud of you 🙏
Suarez shares 1st place in The La Liga goalscoring race with Fati and Paco, scoring 5 (4+1) points in 5 games
Real Madrid beat Barcelona by wins in full-time official matches-97 vs 96
Source https://www.ibtimes.co.in/pulpit-pole-how-bisexual-pastor-turned-stripper-quest-happiness-828552

One killed in shooting by Border Patrol agent in Texas

Former home of Jennifer Dulos goes on the market for $1.75M

Nurmagomedov announced his U.F.C. retirement in the octagon after defending his lightweight title.

Shooting death is 1st homicide in Hyattsville of 2020

Biden vs. Trump on COVID: A 'dark winter' ahead, or 'rounding the turn'?