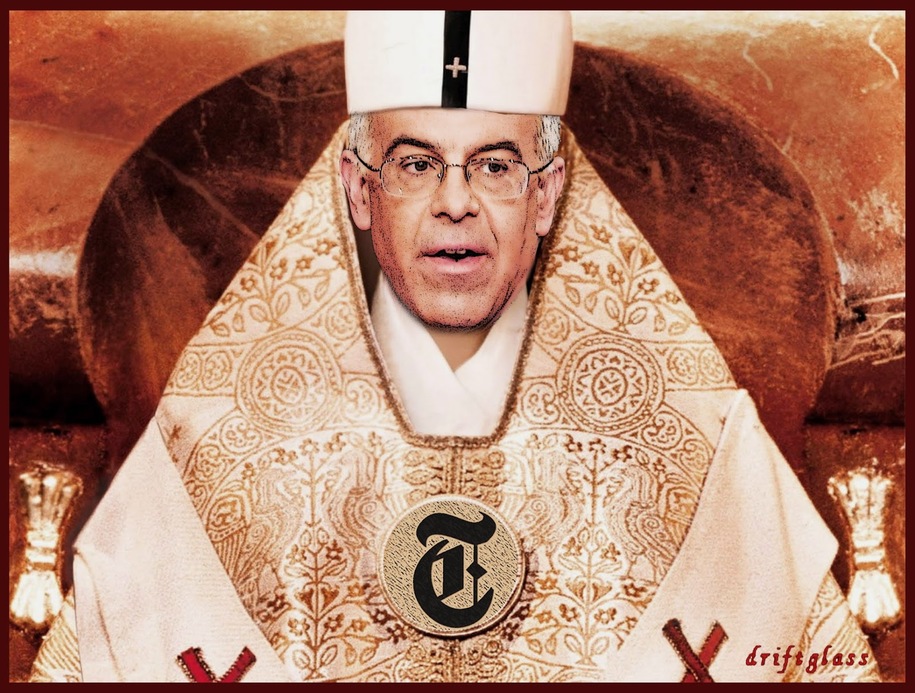 Hey look!  The goof who unstintingly supported George W. Bush as he pissed away the Clinton surplus because he swore that the economy had become a perpetual property machine that could easily support gargantuan tax cuts for the wealthy while fully funding all my Medicare, Medicaid and Social Security …

... and unstintingly supported George W. Bush as he dragged this country into the biggest foreign policy debacle in modern history ...

... and got himself promoted from The Weekly Standard wingnut goon squad to The New Times Times op-ed page on the strength of his relentless slandering of Liberals like you and me who stood against Dubya's catastrophic policies…
... has opinions.

The headline will suffice to make my point.

No, Not Sanders, Not Ever
He is not a liberal, he’s the end of liberalism.

I'm just gonna put my big feet up and let the late Steve Gilliard take it home.  Excerpted from The News Blog, 17 years ago...

You know, I've studied history, I've read about America and you know something, if it weren't for liberals, we'd be living in a dark, evil country, far worse than anything Bush could conjure up. A world where children were told to piss on the side of the road because they weren't fit to pee in a white outhouse, where women had to get back alley abortions and where rape was a joke, unless the alleged criminal was black, whereupon he was hung from a tree and castrated.

What has conservatism given America? A stable social order? A peaceful homelife? Respect for law and order? No. Hell, no. It hasn't given us anything we didn't have and it wants to take away our freedoms.
...

It was the liberals who opposed the Nazis while the conservatives were plotting to get their brown shirts or fund Hitler. It was the liberals who warned about Spain and fought there, who joined the RAF to fight the Germans, who brought democracy to Germany and Japan. Let us not forget it was the conservatives who opposed defending America until the Germans sank our ships. They would have done nothing as Britain came under Nazi control. It was they who supported Joe McCarthy and his baseless, drink fueled claims.

Without liberals, there would be no modern America, just a Nazi satellite state. Liberals weak on defense? Liberals created America's defense. The conservatives only need vets at election time.

It is time to stop looking for an accommodation with the right. They want none for us. They want to win, at any price. So, you have a choice: be a fighting liberal or sit quietly. I know what I am, what are you?

And now, under Trump, American Conservatism has at last reached its apotheosis.
Now the Conservatives are the brownshirts. Proudly. Openly.

“Perhaps the time has come to cease calling it the 'environmentalist' view, as though it were a lobbying effort outside the mainstream of human activity, and to start calling it the real-world view.”
~~Edward O. Wilson, The Future of Life (2002)

In a country like the US I wonder how many people will go to work despite having coronavirus or flu symptoms simply bc they donÃ¢ÂÂt have proper sick leave.

At Daily Kos on this date in 2008—Republicans To Use The Troops For Political Gain:

Once again showing that "supporting the troops" is just a slogan, Senate Republicans unexpectedly agreed to debate Senator Russ Feingold's bill that would require troops to begin withdrawing from Iraq within 120 days and cut funding for further combat deployments.  Is it because Republicans have finally decided to listen to more than 60% of the American people?

Or did they finally realize that the ever-increasing cost in blood and treasure is too high a price to pay?  Of course not.  It's because Republicans:

...want to highlight the security achievements over the past year under President Bush's troop buildup strategy.

That's right; they want to do a little political grandstanding on the backs of the troops that they claim to support.

On today’s Kagro in the Morning show: Heading into our first big Coronavirus Socialism weekend! So, guess what? Trump has already bungled our very first virus response! Oh, and we may have botched Bolivia, too. Ratcliffe, thirsty for that DNI job, says Barr is actually DE-politicizing DOJ.

The game-changing typeface made to go unnoticed

Trump says US will not pay for Prince Harry and Meghan's security. They say they don't need the help