Flying during coronavirus pandemic: Florida CEO has been on 33 flights this year, and stayed safe

A Florida-based CEO who has flown more than two dozen times this year says he protects himself from coronavirus while traveling by wearing multiple layers of disposable gloves and exposing the “least amount of skin as possible.”

Mika Manninen, who is the co-founder of yogurt brand Hälsa Foods, told CNBC how his strict routine has kept him safe during his 33 flights this year for business.

“When I enter the airport, I wear multiple layers of disposable gloves, and I peel them off as I go through it. Trams, escalators — peel a layer, check-in, use a kiosk with a touch screen — peel a layer, TSA security check — peel a layer,” he told the outlet. 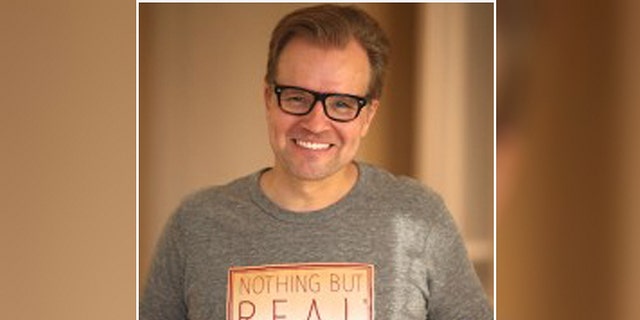 Mika Manninen's tips include layers of gloves and lots of disinfecting.

The traveling businessman also said that he always uses a paper ticket instead of pulling up his information on his phone.

“Hundreds of passengers scan their phones, and many lay them flat on the glass,” he said.

Manninen said he swaps out his masks every four hours because it’s “safer and oddly gives you a feeling of freshening up.”

He said he refrains from purchasing food and beverages — and tries to keep his distance from other travelers by sitting in the “corner alone,” CNBC reported.

He also always makes sure that he’s covered up when he boards the plane.

“I expose the least amount of skin as possible. Funny, the only time I wear collared shirts is on the airplane, just to cover my neck. I don’t let my skin touch any surfaces.”

After boarding the plane, Manninen uses an antiseptic wipe to disinfect all surfaces.

“Wipe all surfaces at your seat, including the seat belt, belt buckle, headrest, window shades and the air and light adjusters above your head,” he said.

But despite all his precautions, Manninen said he still fears that he’s not doing enough to protect himself.

“It would be insane not to be afraid,” he said.

This story first appeared in the New York Post.

Barcelona's Interest in Isak Increased after Koeman's appointment. Larsson has a high opinion of the player (Mundo Seportivo)
Manuel Pellegrini: When you play against Real Madrid and var, it's too much
PSV and Porto are Interested in Barcelona midfielder PUC. He doesn't want to leave the club
Puyol about Barcelona: If we want to win the championship, we need to perform very well
Schalke sacked Wagner. The team has not won the Bundesliga since January
Iacini on 3:4 with Inter: Even a draw would be an unfair result, given how many chances Fiorentina created
Ramos Pro 3:2 with Betis: the Referee tried his best and didn't do anything intentionally
Source https://www.foxnews.com/travel/coronavirus-pandemic-florida-ceo-mika-manninen-flights-safe

2020 Presidential Debate Calendar: What You Need to Know

How to Pivot Your Product to Fight Covid-19

My Husband Never Listens to Me. Can a Hostage Negotiator Help?

My Music Moments: SuperM Shares the Soundtrack to Their Lives

John Lewis called for a revolution with his 'March' graphic novels. It's time we answer

Duets unite voices, reminding us that anything is possible when we work together

Spanish winery flooded with about 13,000 gallons of red wine

The Norman Rockwell Museum wants you to go vote, and recruited top illustrators to inspire you

This week is a big test for the IPO market

10 people arrested during Seattle protest after some set fires or hurled rocks at officers, police say

Meteors that brushed Earth's atmosphere may have brought life to Venus, study says

Analysis: Trump's appeal to base backfires

Did Lori Loughlin Turn On Her Husband To Get A Lesser Plea Deal?

The latest on the 2020 election and SCOTUS battle

Wildfire with 'dangerous rate of spread' burning in Napa County

He lost his brother to Covid-19. Twelve days later, he died, too

NFL picks for Week 3: Beat up 49ers still have enough to top Giants

Steve Doocy: If you invite the president of the US to your house, you really should tell your spouse

All the Celeb Couples Who Broke Up in Quarantine

Book excerpt: "The Office of Historical Corrections" by Danielle Evans

Trump has stacked the federal bench, but he's not winning many election court battles

Tejashwi Yadav ahead of Bihar Assembly elections: 'Will fill 10 lakh vacancies soon after returning to power'

Schumer to Democrats: Focus on health care to beat Barrett