A woman was reportedly kicked off an American Airlines flight last week because her mask was deemed “offensive” by a flight attendant.

Arlinda Johns, from South Florida, was on her way to Illinois when she boarded a plane wearing a mask that said “F--- 12” and a T-shirt that said “Black Lives Matter,” she told Florida’s Local 10 station.

FLYING DURING CORONAVIRUS PANDEMIC: FLORIDA CEO HAS BEEN ON 33 FLIGHTS THIS YEAR, AND STAYED SAFE

A flight attendant reportedly asked Johns -- an activist who believes in defunding and abolishing the police -- to cover her mask. Johns did, saying in a Facebook Live video later: "Everything she asked me to do, I did."

But soon after, the flight attendant reportedly returned to Johns’ seat.

After the flight attendant went to the front of the plane, it returned to the gate and Johns was reportedly asked to deplane.

Johns took a Facebook Live video that showed her being asked to get off the plane and being escorted out of the airport by officers, according to Local 10. 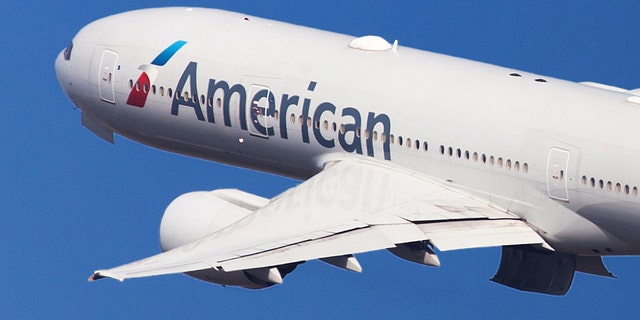 An American Airlines passenger was asked to deplane last week because she was wearing an "offensive" face mask. (iStock)

American Airlines did not immediately respond to Fox News’ request for comment.

However, the airline did tell Local 10 that Johns “refused to follow crew member instructions to remove or cover a face mask with offensive language and although the passenger initially complied, they later continued to display the inappropriate language. After arriving at the gate, the passenger was asked to deplane.”

The airline also told the station that it is “looking into” the event, but that it is refunding the portion of Johns’ ticket that she didn’t use.

US AIRLINES SAW 965% RISE IN PASSENGER COMPLAINTS AMID CORONAVIRUS

Johns told Local 10 that she hasn’t heard from the airline other than a response to one of her tweets, but that she has spoken to an attorney.

She reportedly ended up having to rent a car and drive to Illinois in order to reach her destination.

Zidane on Jovic's future: anything can happen. I can't say anything until the window closes
Flick on Bayern's Interest in Kramaric: I know him well, but I haven't heard anything about it
We have three clubs in this group stage of the Champions League. How did campaigns with two end up?
Solskjaer on transfers: No news. Working with what we have, Manchester United have a big squad
Guardiola confirmed that Zinchenko will stay at Manchester City
Bayern won 5 trophies in a year. To repeat the record Barca need to take another
Flick took 5 trophies with Bayern after 40 matches
Source https://www.foxnews.com/lifestyle/passenger-american-airlines-offensive-mask

Opinion: Biden did the one thing he had to do to win the debate

Fans to be allowed at World Series, NLCS in Arlington, Texas

How to handle a second COVID-19 wave

Score up To 50% off at Ulta's Fall Haul Sale

Vanessa Bryant and Ciara Are Friend Goals as They Breastfeed Together

About 73.1 million people tuned in to first debate — and most stayed the entire time

11 Democratic governors vow that all votes will be counted

More restrictive use of whip in California taking effect

Irregular periods linked to a greater risk of an early death, study suggests

‘He saved Biden’s day’: Trump allies wish he simmered down in first debate

An Anglo-Saxon girl had her nose and lips cut off as punishment, an ancient skull shows

LACMA was housing its director in a home selling for $6.6 million. Now the pool party's over

The Yankees argument for bringing back Brett Gardner

Trump-Biden clash was watched by at least 73 million viewers

‘A first for science’: This snake disembowels prey to eat live organs

Congress managed to agree on at least one thing: Avoiding a government shutdown

Lt. Collins’ law one of several going into effect Oct. 1

Goldman Sachs resumes job cuts after halting them during the pandemic

Biden was not perfect. But his debate performance easily cleared the low bar set by Trump.

Amazon blocks sale of items with "stand back and stand by"

No. 3 Florida having trouble selling out 17,000-seat Swamp

Senate passes stopgap bill to fund US government through December