A new group called “We Have Her Back” promises to make sure that the future running mate of presumptive Democratic nominee Joe Biden will receive fair coverage from the media, but one of the signatories vowing to defend the female VP pick from "sexist" attacks was once under fire herself for remarks she made about Ann Romney during the 2012 election.

CNN commentator Hilary Rosen was one of several prominent women who signed an open letter calling on media outlets to refrain from using misogynistic tropes against the soon-to-be-announced vice presidential candidate. Rosen, alongside former Obama senior adviser Valerie Jarrett and Planned Parenthood CEO Alexis McGill Johnson, urged journalists at all levels to be conscious about how they report on the running mate.

“We are reaching out now because we are about to embark on a historic moment – once again – having a woman on a presidential campaign ticket. While you have already done significant reporting on the process, we know you are actively preparing for coverage about the specific Democratic vice presidential nominee,” began the letter addressed to news division heads, editors in chiefs, bureau chiefs, political directors, editors, producers, reporters and anchors.

“Given how few women have reached this point, the sometimes disappointing coverage of the process to date and the double standards we’ve seen in the public and media expectations of women leaders over the years – and even more so for Black and Brown women leaders – we wanted to respectfully share some thoughts with you about the media’s role in the scrutiny and coverage of women and women of color candidates in general, and the vice-presidential candidate in particular,” the letter continued.

Rosen, however, was not always this concerned about how women are portrayed by the media.

In 2012, the CNN Democrat mocked Ann Romney, wife of then-GOP presidential candidate Mitt Romney, saying she "never worked a day in her life" despite how the potential first lady had raised five sons at home. 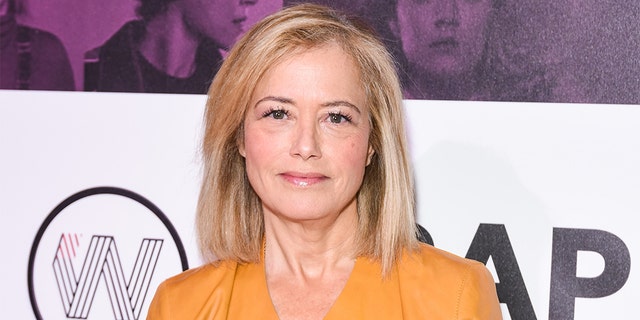 "I apologize to Ann Romney and anyone else who was offended," Rosen said at the time. "Let's declare peace in this phony war and go back to focus on the substance."

Totti visited a Lazio player who came out of a coma after 9 months
Carlo Ancelotti: Seamus Coleman is on a par with Ramos, Terry and Maldini
Mainz have sacked coach Baerlocher. The players went on strike because of the removal of the forward Salai
PSV for 9 million euros signed the defensive midfielder of Toulouse sanghar. They were Interested in Spartak
In the Premier League now give a penalty for almost any hit of the ball in the hand in the penalty area. Neither the players, nor the coaches, nor, it seems, the referees themselves like this
Granada's sponsor posted a picture of Joao Felix's heat map in the form of a penis after 1-6 with Atletico. Andalusians demand an apology
Safonov, Chalov and Magkeev were called up to the Russian U21 team for the matches against Estonia and Latvia
Source https://www.foxnews.com/media/flashback-cnn-contributor-who-warned-of-sexist-coverage-of-biden-vp-once-mocked-ann-romney-for-being-a-stay-at-home-mom

Iraqis concerned after US signals it could close embassy

Photos: Napa and Sonoma counties under assault from Glass and Shady fires

How Amy Coney Barrett Could Alter the Future of the U.S.’s Climate Change Policy

What people get wrong about herd immunity, explained by epidemiologists

Dow rallies 500 points on hopes for a stimulus package

Trump Wanted His Daughter Ivanka To Be His Running Mate in 2016, Book Claims

Mukhtar Ansari to be brought from Punjab jail to UP

Uber can continue operating in London

Review: From the Nazis to RBG, how Richard Wagner changed the world

The Business of Freelance: An Increasingly Popular and Very Viable Career Choice

Oregon already votes by mail. Here’s what it can teach us in 2020.

Amazon has announced the dates for Prime Day 2020

Fighting Between Armenia and Azerbaijan Risks Drawing in Bigger Powers

Military Suicides Up As Much As 20% During Coronavirus Era

Man killed in dispute over line at Michigan haunted house

Mandy Moore Reveals the One Drink She's Missing During Her Pregnancy

Desk shortage forces parents, students to get creative at home

How to watch the first presidential debate between Trump and Biden

The only debate moderator to return, Fox's Wallace preps

Baseball Made It, So Far, Through A Pandemic. Football Hopes To Follow.

Building Your Own AngelList: 4 Expert Tips on How to Network to Find Investors for Your New Business

Get Ready for the Marvel Mania x Collectors Event on ShopDisney.com!

Paul Pierce goes too far with ‘scared of’ LeBron James theory: ‘Shut up’