“Covid is the equivalent of Hurricane Katrina hitting 50 states instead of two,” said former FEMA official Barry Scanlon. “You have all of the country’s public and private resources taxed beyond comprehension.”

FEMA’s partners are already facing enormous strains. Gregory Forrester, who heads the National Voluntary Organizations in Disaster group —which partners with FEMA to respond to crises — said food banks across the country are facing shortages as groceries have fewer leftovers to give them.

“At a time when we’re seeing an increase in need, they’re seeing a decrease in donations,” he told POLITICO. “The food shortage is absolutely there.”

The outbreak dramatically complicates efforts to temporarily house people who evacuate during disasters. Because of how contagious the virus is, bringing large groups of people to food banks or soup kitchens would pose great peril. And housing people on gym floors or in church basements during emergencies presents immense risk of infection.

Volunteers helping with disaster clean-up often live in such shelters; in the era of social distancing, Forrester said, that won’t be safe. Many of those volunteers are over 60 — and thus, particularly at risk. So finding younger volunteers will be a challenge.

Then there's the equipment: Volunteers helping with clean-up after floods and tornadoes often need special gear to protect themselves from mold and mildew in damaged homes, particularly N95 masks. But nationally, there isn’t even enough equipment for every medical worker who needs it; volunteers helping people rebuild will be a low priority.

Forrester said that his group and others have been in close contact with FEMA as part of the ESF #6 partnership, agency jargon for Emergency Support Function #6 — mass care, emergency assistance, housing and human services.

“They’re fully aware that we have this gap,” he said. “Right now, they’re looking to fill the medical gap more than the ESF #6 gaps, but we’re strategizing on how we make sure that where there’s specific shortfalls, we can come together and try to meet those.”

“We currently do not have shortfalls in this area, and given the increasing shortage of supplies for critical health professionals, we are distributing a portion of this stockpile to points of highest need as defined by our government partners,” he said in a statement.

On top of that, some state emergency managers are already scrambling to maximize their resources. A spokesperson for the California Governor's Office of Emergency Services said the agency is doing emergency hiring. And Florida’s emergency management director, Jared Moskowitz, told POLITICO he’s formulating emergency response plans for a hurricane season during the pandemic.

The state is also eyeing ways to maximize its hospital space. Its government is considering using empty hotel rooms to house coronavirus patients, Moskowitz said. And Miami Beach Mayor Dan Gelber said the city gave the Army Corps of Engineers a tour of its convention center over the weekend. “Apparently they are deciding what their interests are in utilizing it for a temporary medical center,” he said.

Hurricane season alone has the potential to swamp FEMA's capacity. Throw in a global pandemic, former officials say, and the agency could be stretched beyond its limits. 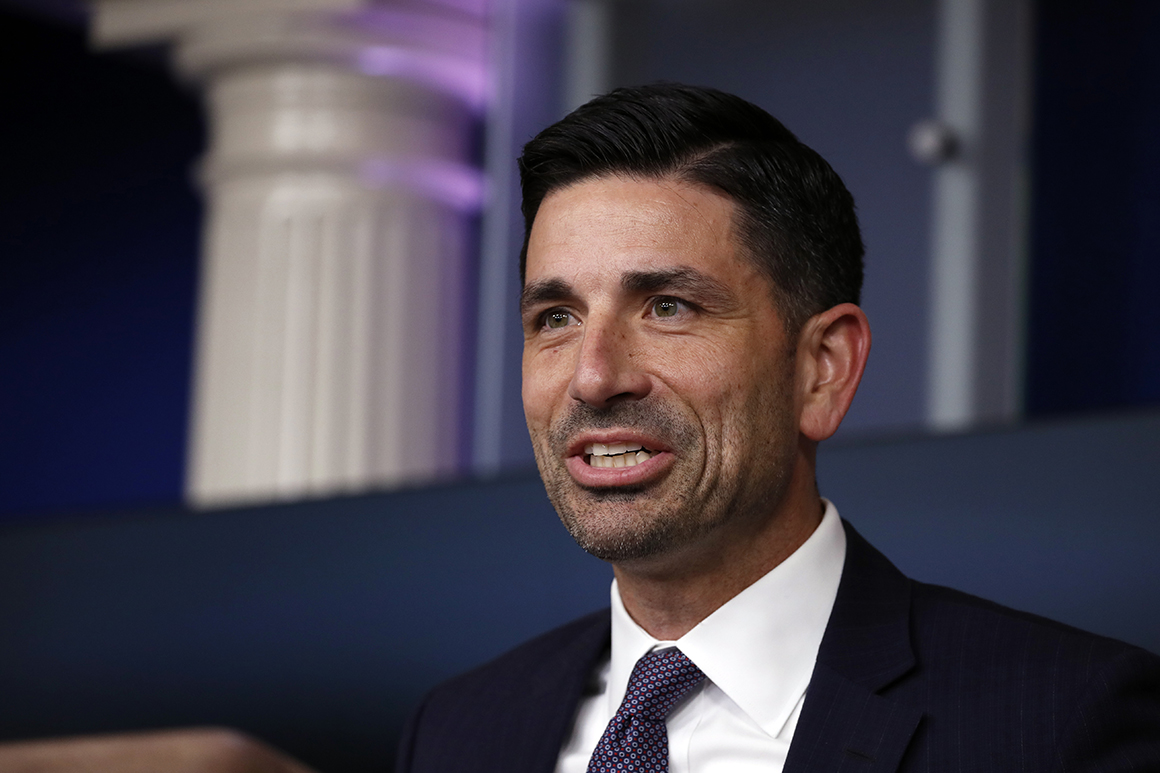 On Monday, acting DHS Secretary Chad Wolf held an off-the-record phone call with members of the Homeland Security Experts Group -- former DHS Secretaries Michael Chertoff and Jeh Johnson as well as other veteran national security officials, such as former Obama homeland security adviser Lisa Monaco and retired Rep. Jane Harman (D-Calif.) -- to give them an update on how DHS and FEMA are handling the crisis.

DHS is “struggling to do what they’re supposed to do with all of the issues that everyone in the government has to deal with, the fact that we went into this not very well-prepared and we’re now trying to catch up,” said one person on the call. The department is nonetheless “working hard at it and they’re doing the best they can in difficult circumstances," this person said.

On top of everything else, there’s the question of how the virus will affect FEMA’s own workforce in the coming months.

Another worry that could tax DHS is a fresh surge of migrants at the border, according to Johnson, the former DHS secretary, who said the prospect deeply concerns him. Customs and Border Patrol, a component of DHS, has found itself overwhelmed even in normal times — an influx of migrants would only complicate CBP's work.

All told, the immense and competing demands the coronavirus places on emergency responders could limit its ability to help protect people from other disasters.

“Our entire national public health system is beyond the breaking point,” Scanlon said. “So yes, is it more likely that there may be increased mortality from a natural disaster? Absolutely.”

Captain Valeika was born in Moscow. Russian Russian mother, father-conductor, performed with Celine Dion and still supports Spartak
Scott Makemine: Looking cuts with Zidane, Vieira, Keane. Amazing box-to-box
Jessie Lingard: Last season, I didn't force myself or set goals. It's like a new start
Fjortoft about Werner: Timo is the best talent in Europe. If Liverpool want him, he will be there
The Union was suspended from matches the forward Poltera. The player did not want to take a pay cut
Ex-Guardiola assistant: Messi will be able to play in midfield like Xavi in a few years
Kante resumed individual training at the Chelsea base
Source https://www.politico.com/news/2020/04/01/fema-braces-for-hurricane-season-160655