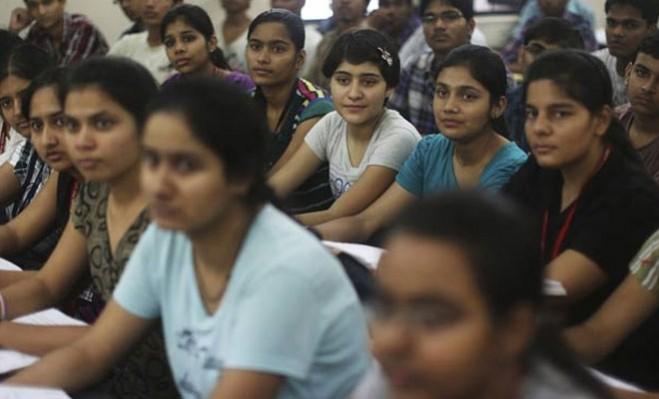 The CBSE Class 10 examinations were conducted from February 21 to March 29.Reuters

A notice about the Central Board of Secondary Education (CBSE) declaring their results for classes 10 and 12 on July 11 and July 13 has been doing the rounds of social media.

The circular was tweeted by news agency ANI on Thursday, July 9, and many news publications also quoted the said tweet and ran a story about it.

The CBSE Board had earlier announced that the results for Class 10 and Class 12 will be declared by mid-July. Students had been sharing their anxiety about the result dates on social media.

Many news organisations, including Jagran News and India.com, had carried the dates of CBSE results dates that triggered a frenzy among students in the virtual world. 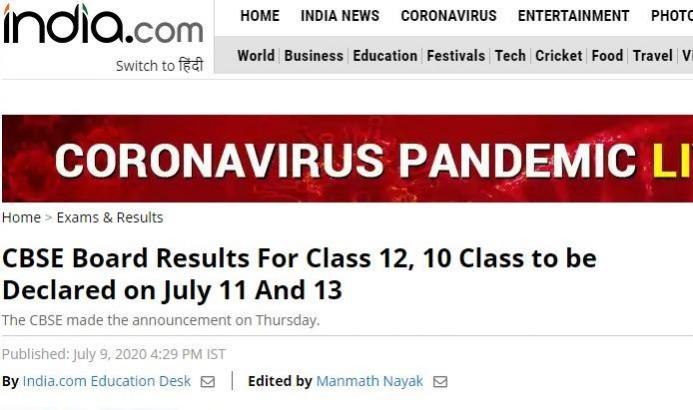 Students across the country have regularly been requesting CBSE and HRD Ministry to end the suspense and announce the results dates as soon as possible.

'When will 10th CBSE result declared,' one student wrote on Twitter. Another student tweeted, "Please tell us the exact date of result declaration by cbse."

The declaration was being widely circulated on social media and created a panic-like situation among students.

In response to the fake declaration on CBSE results dates, an official told NDTV that the board is yet to take any decision regarding the dates.

As soon as ANI learnt about the development, the news agency retracted its tweet about CBSE results dates and posted a clarification on the same.

"Story retracted, this release is incorrect. Error regretted," ANI clarified. It sent out another tweet wherein CBSE had classified the report to be a fake.

"A fake message is being circulated with regard to the declaration of Class 12 and Class 10 Board Results 2020. The Board has not yet announced the result dates: Central Board of Secondary Education (CBSE)," read the tweet from ANI.

Nuno about 0:1 with Sevilla: Disappointment. Wolverhampton conceded too often in the final minutes
Immobile about Newcastle: They called my agent when the sheikhs bought the club
Liverpool are confident they will sign Tiago. The player has already agreed a contract and is pressing Bayern
Our judging = fear and helplessness. Instead of Kaloshin and Kashshai – a soulless system that does not care
Lothar Matteus: Messi is not enough to pass such a Bayern. I am not afraid of Barca
Thomas Tuchel: Mbappe will play Atalanta if nothing happens
Lille acquired 20-year-old forward David from Gent. He is the best sniper of the CONCACAF Cup
Source https://www.ibtimes.co.in/fact-check-cbse-class-12-class-10-board-results-notice-fake-824139