One of Pinterest’s former highest-ranking executives has sued the company, claiming she was discriminated against for being a woman – and then faced retaliation and wrongful termination when she spoke up about it, court papers show.

Francoise Brougher took a job as Pinterest’s Chief Operating Officer in March 2018 after serving in leadership roles with Charles Schwab, Google, and Square. In her then-new role, she was the company’s highest-ranking female employee, and “believed that she had shattered the glass ceiling in the tech world,” according to the lawsuit filed Tuesday in San Francisco Superior Court.

But over time she repeatedly encountered what the lawsuit described as “archetypal” examples of gender discrimination by her male peers, including one instance when a boss told her she should “'be mindful’ of how she acted in a group setting” and “discouraged her from communicating directly,” the suit further alleges. 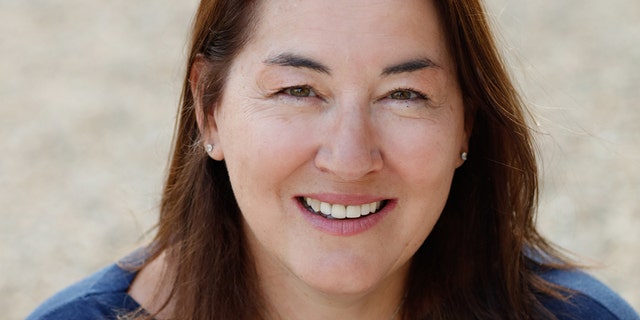 “While 70% of Pinterest users are women, the company is run by three men, and gender bias is prevalent in the C-Suite,” states a press release announcing the lawsuit. “Even as the highest-ranking woman in the company and head of operations, Ms. Brougher was expected to be compliant and conform to gender stereotypes. When she refused to take a back seat to her male peers, she was marginalized and excluded from important meetings and decisions. And when she objected to the CFO treating her in a demeaning and sexist way, she was fired.”

Brougher, a California resident, was fired through a video call in April 2020, after she complained that the company’s chief financial officer had “made demeaning sexist comments to her,” the lawsuit alleges.

“Instead of taking her complaint seriously, investigating it properly, and doing the hard work to address her concerns about gender discrimination and hostility, Pinterest fired Ms. Brougher to protect the comfort of her male peers,” the 18-page suit further states. “In an attempt to cover up Ms. Brougher’s complaints, Pinterest tried to create a fiction that her firing was a voluntary departure. Ms. Brougher’s termination solidified Pinterest’s unwelcoming environment for women and minorities by imposing a high cost to challenging the men at the top.”

The lawsuit also claims Brougher was paid less than her male peers, who were “given more favorable vesting schedules,” despite being told otherwise.

“She wrongly assumed that all the executives were treated equally,” the suit states.

She made the grim discovery upon seeing the company’s S-1 securities filing, which outlined the salaries of Pinterest’s highest-paid employees, court papers show.

“Even though Ms. Brougher was the COO and managed a large, complex organization, she was not on the list,” the complaint continues. “Ms. Brougher learned that she was still below the glass ceiling, looking up. It was hard to swallow.”

Arsenal have won 6 matches in a row
Inter midfielder vesino is In talks with Napoli. He was offered to Zenit
UEFA will allow you to make 5 substitutions in European competitions. Of the top 5 leagues, only the Premier League will have 3 substitutions
Havertz scored the first hat-trick of his career
Alvaro Morata: Juventus is a real family. I couldn't say no to this club
Mourinho called the defeat to Bayern Munich in 2012 the worst in his career: Real Madrid was the best team in Europe
Actor Ryan Reynolds can buy the Wrexham club from the 5th English division
Source https://www.foxnews.com/tech/ex-pinterest-coo-sues-gender-discrimination

Sales of new gas-powered cars banned in California by 2035: What you need to know

Fauci clashes with Rand Paul again at coronavirus hearing: ‘You are not listening’

Think this fire season is bad? 'This isn't the worst of it,' retired U.S. Forest Service chief says

Exclusive: Putin’s Allies Offered a ‘Back Channel’ To Key Witness In New Senate Report on the Bidens

Facebook to reject election ads that prematurely declare a winner

Family of man shot by police expected to push for charges

Free Webinar | Oct 15: How to Turn a Family Business into a National Powerhouse

eBay workers who sent spiders to couple to plead guilty

Black Texas news anchor calls out racial inequality: ‘You can’t be afraid to stand on what is right’

What If the Election Brings Chaos Instead of Normalcy?

Cash is king: The best cash back credit cards for 2020

Kamala Harris criticized for lack of press availability: ‘What are they afraid of?’

Are military efforts to clean up toxic ‘forever chemicals’ cutting it?

Empty roads, trains, buses and airports: How COVID-19 and staying at home changed how Chicago gets around

CNN Poll: Most say winner of November presidential election should choose the next Supreme Court justice

Poll dancing: Ad uses strippers to get out the vote

Utilize These Platforms to Increase Your Business's Productivity

New Emojis Are Coming, and They Pretty Much Sum Up How We're All Feeling Right Now

Why Christina Anstead Is "Very Disappointed" Over Ant Anstead Divorce

Trump could begin deporting these families early next year. But voters can stop that in November

Biden Claims the DOJ Has Become the ‘Department of Trump’

Peeved parents are determined to bring Halloween back from the dead