Esteban Loaiza spent 14 seasons in Major League Baseball, which included a stint with the New York Yankees in 2004, and he made nearly $44 million in his career. The now 48-year-old is in the Seattle-Tacoma Federal Detention Center, his money long gone, serving three years in prison for felony cocaine possession with intent to distribute.

Loaiza’s downfall apparently stemmed from a lavish lifestyle, which included generous gifts to family members long after his moneymaking days in baseball were over, according to a Bleacher Report article published Thursday.

Loaiza last pitched in 2008. He was arrested in February 2018 after an investigation discovered that he had 44 pounds of cocaine worth $500,000 in a townhouse in California, per the report. 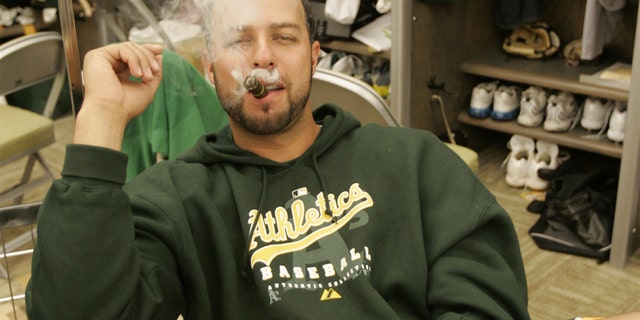 OAKLAND, CA - APRIL 14: Esteban Loaiza of the Oakland Athletics smokes a cigar in the clubhouse before the game against the New York Yankees at the McAfee Coliseum in Oakland, California on April 14, 2007. (Photo by Michael Zagaris/MLB Photos via Getty Images)

“I think when we’re young, we all have a tendency to think it’s going to last forever,” Former Yankees manager Joe Torre, who managed Loaiza in his half-season with the club, told the site. “And when you have to move on to something else, I guess you’re vulnerable. It’s sad.”

Loaiza was traded to the Yankees for Jose Contreras, but he went 1-2 with an 8.50 ERA in six starts. He went on to struggle for the rest of his career, later being arrested on the charges of drunk driving and speeding after purportedly going 120 mph on an Oakland freeway in a Ferrari. He was reportedly convicted of reckless driving and given a three-year probationary sentence.

“This was the Lamborghini-driving, Maserati-driving, DUI Loaiza that we got,” Oakland radio broadcaster Vince Cotroneo said. “The paint was starting to dry. You were starting to capture the full portrait of the guy. When he got to Oakland, it got stranger.” 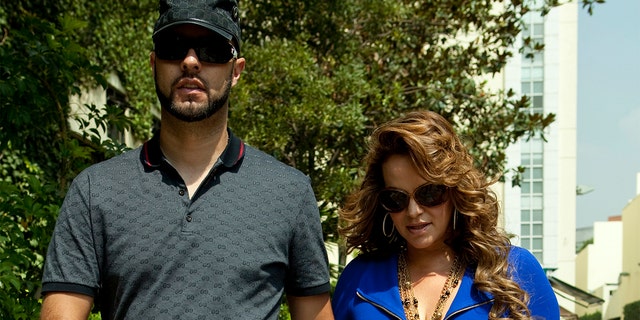 Once his career was over, he married Mexican-American pop star Jenni Rivera. When the couple was in the process of getting a divorce, Rivera was killed in a 2012 plane crash.

Then, in 2018, when he was being watched in Southern California near the Mexican border, Loaiza was reportedly pulled over. And after dogs smelled for drugs in his Mercedes SUV, cops acquired a search warrant for the house where Loaiza was headed -- where they found 20 packages of cocaine in the compartment of a Nissan parked in the garage, according to the report.

Loaiza admitted that he transferred the drugs from one vehicle to the other, and the house had been rented in his name. Loaiza declined an interview request for the story, according to the Bleacher Report.

Loaiza’s attorney said in paperwork filed with the court that his client “made a huge error in [judgment] when he agreed to commit this crime,” the report said.

Jurgen Klopp: We are not thinking about next season, but about this one. There is much more to come
Inter is ready to buy out Sanchez from Manchester United for 20 million euros (Goal)
Werder fans are the best: they supported the team with a tractor emblem and thanked the Union with a hundred cases of beer
Flick about the Cup final with Bayer: It will not be like in the championship. They can hurt us
Holland will play in Dortmund and under 9-m number from the next season
Solskjaere and Lampard are among the contenders for the title of best coach in June in the Premier League
Umtiti injured his left knee. He won't have surgery
Source https://www.foxnews.com/sports/ex-yankees-pitcher-blew-through-44-million-before-cocaine-bust?utm_source=feedburner&utm_medium=feed&utm_campaign=Feed%3A+foxnews%2Fmost-popular+%28Internal+-+Most+Popular+Content%29

Tucker Carlson: Who are the criminals destroying your country?

Have Americans Warmed to Calls to ‘Defund the Police’?

READ: The Declaration of Independence

Mike Tyson: I was a drunk and high ‘pig’ while filming ‘The Hangover’