ESPN’s Malika Andrews delivered an emotional, personal and raw moment of television on SportsCenter late Wednesday when asked how NBA players were reacting to the Breonna Taylor ruling.

Andrews, an NBA writer for ESPN.com since 2018, is one of the few reporters in the bubble and is believed to be the youngest person to land an NBA finals sideline gig.

She is also a 25-year-old Black woman. Taylor was 26 when she was shot and killed by Louisville police while she was in her apartment sleeping. A grand jury announced on Wednesday that the officers would not be charged for her death.

ESPN’s Malika Andrews: ‘That could have been me’ 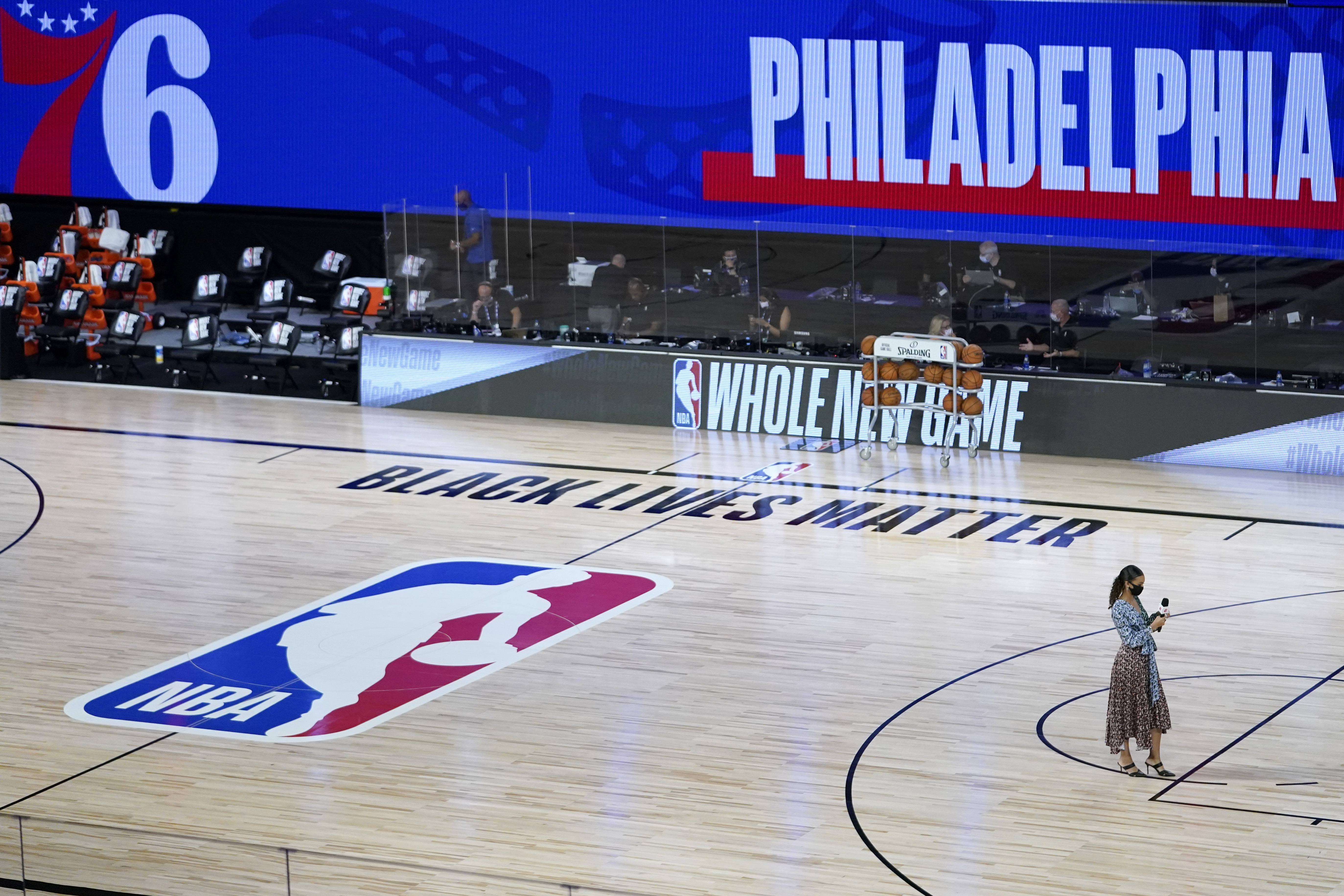 Andrews was on the late-night SportsCenter with Scott Van Pelt, who asked how the Taylor verdict resonated in the NBA bubble at Disney World in Orlando, Florida. She said Jalen Brown was already ready for the verdict.

Andrews got choked up and wove in her personal outlook seamlessly in a heartbreaking moment.

“I have prided myself in being able to objective and cover these sorts of issues,” Andrews said. “But when it is so clear that the system of objectivity in journalism is so white-washed and doesn’t account for the fact that when I am walking up the hill my wonderful producer Melinda reminds me that Breonna Taylor was 26 and I am 25 and that could have been me, it is very hard to continue to go to work. And that’s what these players were feeling.”

Andrews very quickly jumped back into reporting on the players with poise. Her brief vulnerability put another face to the issue as she shared publicly what so many in and out of the NBA bubble are feeling late this week.

A Louisville grand jury indicted former detective Brett Hankinson on three felony charges of wanton endangerment in the shooting. Hankinson was one of three officers to fire a total of 32 shots into Taylor’s apartment while serving a no-knock warrant, according to Republican Kentucky Attorney General Daniel Cameron.

The charges were for allegedly shooting into a neighboring apartment and putting Taylor’s neighbors in danger. There were no charges related to Taylor’s death.

Athletes around the sports world reacted to the ruling on Wednesday afternoon with frustration and disappointment. The Los Angeles Lakers’ LeBron James told the Taylor family he was sorry in a series of tweets and then promised to help Black women. The Miami Heat and Boston Celtics continued to speak about the ruling after their Eastern Conference finals matchup that night.

Andrews reported that the players did not consider skipping Wednesday night’s game, but they still remained disappointed with the ruling.

La Liga President on Messi's departure: It won't be a drama for us. And his reputation will suffer
Ronaldo is a fan of the UFC. Rooting for Khabib, training with Conor, signed up for all the top fighters
Only Milan have not lost points this season in the top 5 of the European leagues. Aston Villa lost 0:3 in the
🎮 We made a game about Khabib - fight for him and try to fill up Geiji
Tebas about klasiko: the Game of the best teams in the world. The most important match of club football
Leeds forward Bamford scored a hat-trick. He has 6 goals in 6 Premier League games
Moyes on the spectators in the stadiums: People watch matches in cinemas, why can't they do it on the street?
Source https://www.aol.com/article/news/2020/09/24/espns-malika-andrews-gets-choked-up-sharing-nba-players-reactions-to-breonna-taylor-ruling/24629560/

Report: Antonio Brown agrees to deal with Buccaneers after year away from NFL

Stream It Or Skip It: ‘After We Collided’ On VOD, The Steamy, Toxic Sequel To Harry Styles Fan Fic-Inspired ‘After’

Parts of US in 'deterioration' as hospitalizations soar

Coronavirus in Illinois updates: Half of state’s 102 counties now at ‘warning level’ for COVID-19 resurgence as 3,874 new known cases and 31 additional deaths reported

Kate Gosselin Is Selling Her Pennsylvania Home for $1.2 Million

As CPS weighs reopening schools, it claims the teachers union ‘refuses to even discuss a return to in-person learning’