At a misconduct hearing on Monday, a Cardiff police officer admitted performing sex acts on a senior segeant on several occasions. 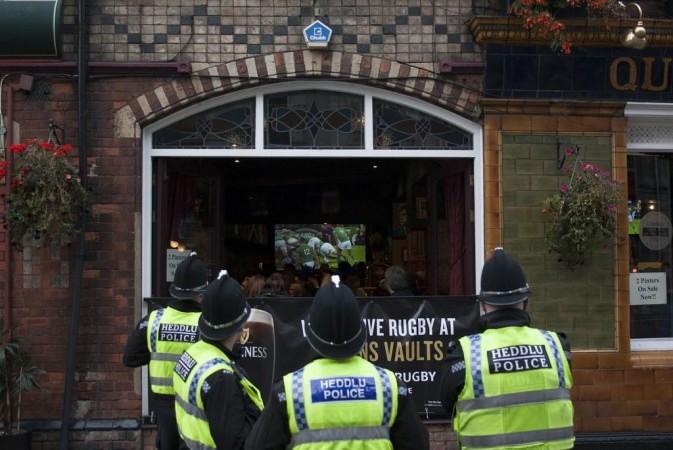 A police officer, accused of gross misconduct, admits to giving oral sex to a senior police sergeant at a misconduct hearing in Pencoed. PC Jemma Dicks has accepted the allegations against her involving sergeant Adam Reed, but argues her actions amount to misconduct but not gross misconduct.

"The factual allegations are admitted. The officer says the conduct admitted amounts to misconduct but not gross misconduct," case presenter Barney Branston told the hearing. The hearing panel would be able to dismiss Dicks from the South Wales police force only if found guilty on the count of gross misconduct.

PC Dicks also admitted engaging in sex acts several times between November 2017 and August 2018 at Cardiff Central police station. Reed, however, had claimed he engaged in sex acts with Dicks only on one occasion.

Reed is accused of three breaches of conduct, involving Dicks and an unnamed police community support officer while on duty at Cardiff Central in May 2018. In October 2018, Reed is also accused of taking photographs of the feet of a female officer from the force's professional standards department while in the office. Reed has since resigned from the force and would not be attending the hearing. A Police Federation representative has been communicating with Reed's wife on the

"He has since disclosed that he did so because he has a foot fetish," South Wales police's website says based on the details of the allegations posted there.

Manchester United will work on Sancho's transfer until the transfer window closes
Frank Lampard: Must stand up for the Cap. I'm not going to say that he spent his last game for Chelsea
Liverpool loaned Karius to Berlin Union
Peter Crouch: Bruno will win The Golden boot. In the Premier League, 38 matches are 38 penalties for Manchester United
Guardia will go to Leipzig next summer for € 16 million plus bonuses
Totti visited a Lazio player who came out of a coma after 9 months
Carlo Ancelotti: Seamus Coleman is on a par with Ramos, Terry and Maldini
Source https://www.ibtimes.co.in/engaged-sex-acts-station-not-gross-misconduct-cardiff-police-officer-826176

A man covered his face with tattoos and turned his eyes black. He says it cost him his kindergarten teaching job

The Bachelor's Lesley Murphy Is Pregnant With Her First Baby

Feud between Hamptons mayor and political rivals rages on

Uber can operate in London again after latest court ruling

Trump on defense after NYT publishes tax info, says he is 'entitled' to credits 'like everyone else'

Max Ehrich Says Stop Trying to "Thank You, Next" Him After Demi Lovato Breakup

Biden campaign: If Trump 'thinks his best case is made in urine he can have at it'

Positive Coronavirus Tests On The Rise In Midwest States

The WeChat and TikTok Bans Show the U.S. No Longer Stands for Internet Freedom

Mariah Carey reveals she once recorded an alternative album

France to release $49 billion in economic stimulus next year

500 Arrested During Weekend Protests in Belarus

The Most Brazen Trick Trump Tried to Pull on His Taxes