The film “Bloody Nose, Empty Pockets” premiered as part of the documentary competition at this year’s Sundance Film Festival, where it was described as a portrait of the closing night at a long-running dive bar in Las Vegas. In reality, the movie was shot over several nights at a bar in New Orleans, not scripted but definitely staged, with the subjects hand selected by the filmmakers.

So if it’s not a strict documentary and it’s also not a conventional fiction feature, then what exactly is this movie? Does the distinction matter? The most important thing is that it is genuinely great, a singular and moving glimpse of loneliness, community and finding the strength to face another day.

Filmmaking brothers Bill Ross IV and Turner Ross have been among the most eccentric and exciting documentary filmmakers for more than 10 years now, with films including “45365,” a snapshot of a small town; “Tchoupitoulas,” a coming-of-age portrait; and “Contemporary Color,” an erstwhile concert film. They have long played with form, and the playful bobbing and weaving of their new film — something that feels so naturalistic and happenstance, yet is constructed to build in momentum and impact — may be their finest achievement yet.

The denizens of the bar, this ad hoc community, have a thrown-together diversity of age, race, gender, orientation and identity, which makes it feel like a snapshot of America, with all the good and bad baggage that implies. Names are caught on the fly, sometimes not at all.

Michael Martin, who once aspired to be an actor, now carries himself as a fallen barstool philosopher and provides many of the film’s most piercing moments of emotional clarity. Bruce Hadnot, a military veteran, sits at the edges of the action, until he erupts with tender, raw emotions. A pretty young woman says barely a word, radiating stay-away sadness. An Australian drops acid, while a young musician seems smitten with the older, hardbitten female bartender. There is always a lot going on even as it feels like nothing much is happening. 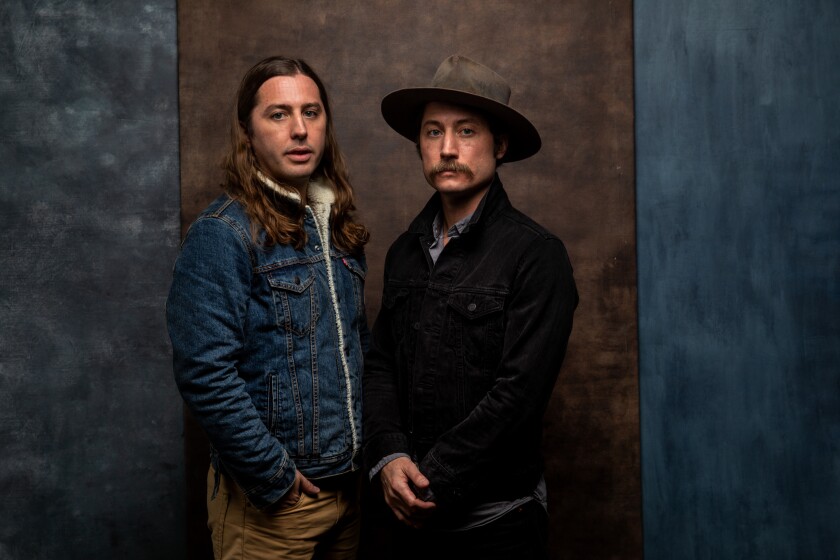 Edited by Bill Ross IV, the film moves with the longueurs of spending way too long in one place. Occasionally, the time will flash on screen, at disorienting, odd intervals. Has it been 40 minutes or four hours? Eventually, the crowd grows and then thins as people begin to peel off to wherever their other places may be. As dawn breaks and the bar closes up one last time, they are all suddenly on their own — perhaps to another bar, another town or who knows where.

The music in the film is as eclectic as the patrons of the bar, a mix of rock, R&B, rap and country. Snippets of hits by the Eagles, Michael Jackson and others presumably kept the fair-use attorney named in the credits quite busy. But the movie most brings to mind two songs that aren’t actually in it: “Here Comes a Regular” and “Swingin Party” from the 1985 album “Tim” by the Replacements.

That notoriously boozy band captured the same besotted poignancy the Ross Brothers do here, and the makeshift relationships that can melt away like ice in a cocktail of complacency and self-sabotage. As Michael says at one point to devastating effect, “I am somebody you hang out with in a bar, I am not your family.”

Any semantic and epistemological questions raised by “Bloody Nose, Empty Pockets” are overridden by the sheer inventive joy of watching something that feels so unpredictable and alive.

Immobile about Newcastle: They called my agent when the sheikhs bought the club
Liverpool are confident they will sign Tiago. The player has already agreed a contract and is pressing Bayern
Our judging = fear and helplessness. Instead of Kaloshin and Kashshai – a soulless system that does not care
Lothar Matteus: Messi is not enough to pass such a Bayern. I am not afraid of Barca
Thomas Tuchel: Mbappe will play Atalanta if nothing happens
Lille acquired 20-year-old forward David from Gent. He is the best sniper of the CONCACAF Cup
Rummenigge on Tiago's departure: If someone offers a fair amount for him, we will work
Source https://www.latimes.com/entertainment-arts/movies/story/2020-07-11/bloody-nose-empty-pockets-review-virtual-cinema

In Historic Pick, Joe Biden Taps Kamala Harris To Be His Running Mate