Eli Lilly and Company on Sunday announced positive results in the fight against breast cancer.

A drug called Verzenio, also known as abemaciclib, in combination with adjuvant endocrine therapy, was said to “significantly” reduce the risk of breast cancer recurrence by 25% for those with a common subtype of breast cancer. The combo treatment also lowered the risk of developing metastatic disease by 28%, with the highest reduction rates to the liver and bone.

According to the World Health Organization (WHO), breast cancer is the most common cancer among women worldwide. The subtype at hand is called hormone receptor-positive (HR+), human epidermal growth factor receptor 2-negative (HER2-) high risk early breast cancer. Per separate research, around 70% of breast cancers are HR+, HER2-, the most common subtype, and 30% of people diagnosed with this subtype face the risk of recurring cancer, and possibly incurable metastatic disease.

BREAST CANCER: WHAT YOU NEED TO KNOW 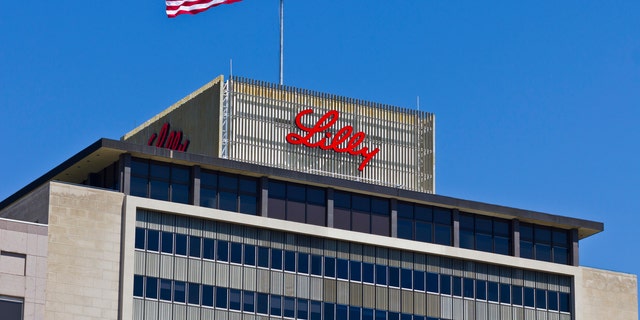 Eli Lilly and Company on Sunday announced positive results in the fight against breast cancer. (iStock)

Lilly’s findings stem from an ongoing, randomized Phase 3 trial called monarchE, involving 5,637 patients with the breast cancer subtype across 38 countries. The trial involves two-year treatment with Verzenio (150 mg twice daily) plus endocrine therapy versus the adjuvant endocrine therapy alone. After the two years, patients will continue on endocrine therapy for five to 10 years, the company said. The monarchE trial will proceed until its expected completion date, around June 2027, officials said.

“The primary objective is invasive disease-free survival (IDFS) ... [which] includes the length of time before any cancer comes back, a new cancer develops or death,” the company said. Verzenio and the endocrine therapy met this goal by showing a “statistically significant improvement” in IDFS in women and men with HR+, HER2- early breast cancer, per the company release.

“This is a major milestone for people living with high risk HR+, HER2- early breast cancer – potentially one of the most notable treatment advances in the last two decades for this population of breast cancer patients,” said Dr. Stephen Johnston, professor of breast cancer medicine and consultant medical oncologist at The Royal Marsden NHS Foundation Trust and lead investigator for the monarchE trial.

If the drug is approved, Johnston said, it “could represent a new standard of care for this population.”

Some of the most common adverse effects experienced among participants were diarrhea, neutropenia (low white blood cell count) and fatigue, among others.

“We are excited that Verzenio has demonstrated a clinically meaningful reduction in the risk of recurrence for people with HR+, HER2- high risk early breast cancer,” said Dr. Maura Dickler, vice president, late-phase development, Lilly Oncology. “The results on invasive disease-free survival are significant and provide hope for people with high risk early breast cancer living with concerns of recurrence.”

"Lilly will submit these results to regulatory bodies around the world as soon as possible,” Dickler added.

Ronald Koeman: Van Dijk is one of the best defenders in the world, but he was lazy, he had to work on his character
New version of the Champions League reform: the number of teams will be increased to 36, and there may be no groups at all
Di Maria didn't want to go to Manchester United, but he moved for a fat contract - and didn't fall into van Gaal's philosophy at all. The coach and the robbery broke it
UEFA will reduce payments to clubs in the Champions League and Europa League for 5 years due to losses from the pandemic
Cherchesov's son had a successful operation after breaking his jaw. Recovery period - 4 weeks
Alberto Zaccheroni: Ibrahimovic had a greater impact on Italian football than Cristiano Ronaldo
Lucien Favre: Borussia can't rely too much on Holand. He played all the matches for the national team
Source https://www.foxnews.com/health/drug-therapy-breast-cancer-lilly

Will Ohio pick the next president? Here's what voters are saying

Moderna’s COVID-19 vaccine could get emergency approval in December

Trump continues swing through battleground states with stop in Pennsylvania

Abbreviated pundit roundup: Trump cranks up the lies and smears in final push

UBS is powering through the pandemic

Their leader took the virus seriously. They rewarded her with a landslide win.

Rays or Dodgers? Does 1 team have a World Series advantage?

A Supreme Court Split on Voting

Fauci reportedly quotes ‘The Godfather’ in response to Trump criticisms

Vote Smarter 2020: Why Are Voting Laws Different In Each State?

Opinion: Death shouldn't be the only reason Black people star in magazines

American dream or next nightmare? A review of drive-thru voting

What's next for no-touch air travel?

Man accused of answering pro-Trump neighbors' honk with a gunshot

Snow and fire from California to Wisconsin, Tropical Storm Epsilon stays out at sea

Indonesians take to the streets to protest new labor law

‘Out of whack’: Va. lawmakers vote to end jury sentences in criminal trials

Daywatch: A ‘second surge’ of COVID-19 cases, schools close as virus roars and secluded cabins for a Midwestern escape

NFL Power Rankings for Week 7: Believe in the Bears

The Virus in Three Charts

Why investors shouldn't count on another big stimulus package

PM Modi to address the nation at 6:00 PM: Here's what it could be about

Fact-check: No, Jama Masjid chief did not issue fatwa against Tanishq

UK to infect healthy volunteers to speed up vaccine efforts

'Baahubali: The Conclusion' to re-release in US theatres on Prabhas's birthday

McConnell aims for unity amid growing divisions with Trump

How Former Rep. Katie Hill Got Past an “Insurmountable” Scandal. Or Did She?

Help! I Just Found Out I Have a 6-Year-Old Daughter.

18 Secrets About Now and Then Revealed

Four Teachers on the Lessons of This Very Strange School Year

Tom Del Beccaro: A Trump 'surprise' victory is in the offing -- here are the 10 tea leaves pointing to it

Just as schools begin to reopen, many are closing again as COVID-19 surges: ‘It’s almost an impossible situation’

Chicago 7 prosecutor: ‘They were going to try to destroy our trial. And they did a damn good job.’

Millennial Money: A new set of shopping tips in the pandemic

Dear Care and Feeding: Is It Crazy for Me to Become a Surrogate?

F-22s to intercept a pair of Russian bombers near Alaska

Borat’s Interview With Jimmy Kimmel Quickly Went Off The Rails

All 62 residents at Kansas nursing home have COVID, 10 have died

Tropical Storm Epsilon may become a hurricane near Bermuda