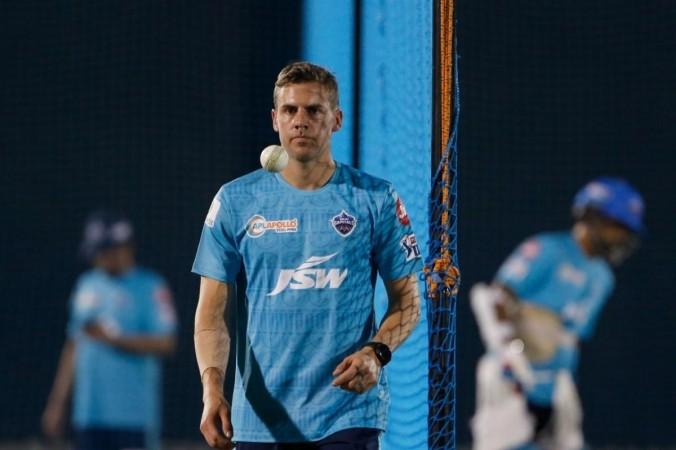 Delhi Capitals have a good balance at the moment, says Nortje.IANS

Nortje, who went wicket-less in his debut game against Kings XI Punjab, finally opened his account on Friday at the cricket extravaganza by scalping two crucial wickets against MS Dhoni-led CSK in his second outing. While defending the total of 176 runs, he bagged his first IPL wicket in the form of Murali Vijay during the last powerplay over and then removed Kedar Jadhav in the 16th over to put his side in the driver's seat.

Nortje on his debut game

"It's just unbelievable. It's great to get a wicket finally, I mean after not getting one in the first game. I felt like to come in and run in today, just give it my best, control what I generally do and I think at the end it paid off. So, I was just trying to do my thing at the end," said Nortje on being able to break the deadlock.

Speaking on the team's performance after thrashing CSK, the 26-year-old pacer said, "Like I said at the start, it's been a good team spirit, good banter, positive getting along. Boys are nice and relaxed, so that's really good. Even in the game, we know when to step it up and know when to relax, so it's a good balance that the team has at the moment."

On being asked about his new look, the South African said, "I have got no idea (laughs). We have got too much time on our hands these days. But I think if you would have got a little bit less time back at the hotel, maybe this (beard) will come off, but at this stage, I'm a little bit bored."

Delhi Capitals, currently sitting at the top of the points table, will face SunRisers Hyderabad in their next encounter on Tuesday.

Metz forward Gyan is the best player in Ligue 1 in September. He is the leader of the goalscoring race
Miranchuk is able to play in almost any club in the world. Ex-midfielder Loko Drozdov about Atalanta newcomer
Bale on Tottenham start: I'm not completely ready yet. I'm trying to get in shape
Ex-Barca coach Sethien can take over at Palmeiras
Fonseca about 2:1 with young boys: Gave a break to some. Now Roma will focus on Milan
Highlight of the month: the Rangers forward scored from 50 meters (the farthest goal in the history of the Europa League). Gerrard says he's never seen anything more beautiful 😍
Mourinho on 3:0 with LASK: Difficult opponent, but Tottenham played so that the victory seemed easy
Source https://www.ibtimes.co.in/delhi-capitals-have-good-balance-moment-says-nortje-828673

I Was Done Dating. Then I Joined a Hookup App.

President Trump And Joe Biden Face Off In Final Debate