The federal Drug Enforcement Administration (DEA) is warning of methamphetamines made to look like bits of candy or children’s vitamins cropping up in northern Ohio that could be spreading into more of the Midwest.

Images of the bagged pills show they look like pastel-colored pieces of candy. Martin also described them as looking like “Flintstone vitamins.” 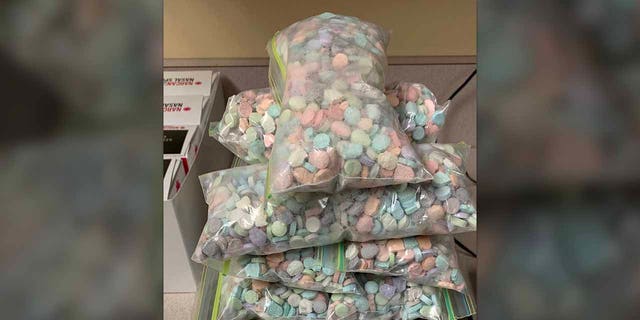 Investigators have encountered the pills in northern Ohio for months, and suspect they may have made their way into Michigan, but have not been discovered there yet, a DEA Detroit Division spokesman told Fox News. (DEA)

Investigators have encountered the pills in northern Ohio for months and suspect they may have made their way into Michigan but have not been discovered there yet, a DEA Detroit Division spokesman told Fox News.

DEA ARRESTS MORE THAN 600 IN CONNECTION WITH MEXICAN DRUG CARTEL

That is based in part on historical cartel trafficking patterns – including northbound up Interstate 75.

"If it's in Ohio, it's probably in Michigan and probably in Detroit," Martin told Fox 2 Detroit.

Methamphetamine is a stimulant produced in powder, pill or crystalline form, according to the National Institute on Drug Abuse (NIDA). 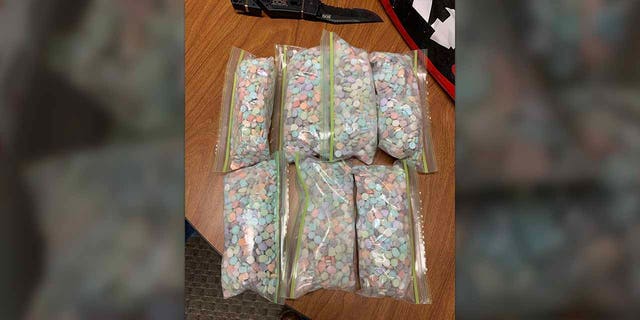 Drug traffickers have increasingly produced meth in pill form over the last few years, according to Martin.

"You could easily send 1,000 of these in a box," he told Fox 2, making them convenient to ship in the mail.

It’s the first time the drugs have been disguised in that form in the region, according to ClickOnDetroit.

Most of the meth consumed in the United States is created by criminal organizations in Mexico, according to NIDA.

About 15 percent of drug overdose deaths in 2016 involved methamphetamine, according to NIDA. Half of those also involved opioids like fentanyl.

That mix is especially dangerous already, Martin said, but in candy form, young children could be more likely to ingest it.

"If they put fentanyl in these pills, and they look like candy -- that's a game changer," he said.

Arsenal are outraged by Ozil's Interview. The player defended his decision to refuse a pay cut
Juventus is Interested in Gozens. Atalanta wants 30-35 million euros for the defender
Sabitzer about 2:1 with atlético: Leipzig didn't want to go home. We are determined to stay in Lisbon until the end
Simeone on relegation from the Champions League: there Are no excuses. We couldn't play the way we wanted to
Nagelsmann about sparring with Simeone, He wants to win even on the way to the locker room. Amazing coach
Hans-Dieter flick: Messi is by far the best player in the world in recent years. It cannot be compared with Levandovsky
Whether he can challenge the appointment of a Dutch referee for the match against city. If the English win, Ajax will be in the Champions League group
Source https://www.foxnews.com/us/dea-midwest-meth-candy-like-flintstone-vitamins?utm_source=feedburner&utm_medium=feed&utm_campaign=Feed%3A+foxnews%2Fnational+%28Internal+-+US+Latest+-+Text%29