The Dallas Cowboys are arguably one of the greatest franchises in NFL history and certainly one of the most popular organizations that have produced some great players over the years.

The Cowboys came into the NFL in 1960 and won their first Super Bowl during the 1971 season. The team would tack on four more before the end of the 1990s, but have yet to win one since.

Dallas has seen legendary coaches roam the sidelines – Tom Landry, Jimmie Johnson and Bill Parcells included. Those coaches were fortunate enough to have some of the greatest players playing for them.

But when it comes down to the best of the best, who are the players that can line up on the Mount Rushmore of Dallas Cowboys? Read below for a list of the four greatest players in Cowboys franchise history. 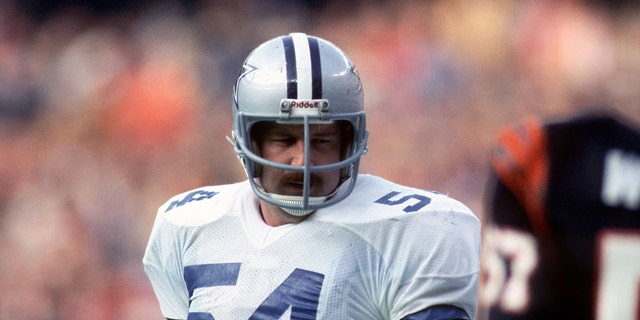 Randy White is among the greatest Cowboys players of all-time. (Photo by George Gojkovich/Getty Images)

Randy White was a stud defensive lineman for the Cowboys from 1975 to 1988. He played his entire career in Dallas after he was selected No. 2 overall in the 1975 draft.

White racked up 52 sacks over the course of his career and had more than 10 sacks from 1983 to 1985. One of the most fearsome defenders, White was a seven-time First-Team All-Pro and a nine-time Pro Bowl selection.

He helped the Cowboys win Super Bowl XII against the Denver Broncos. He had one sack in that game.

White was inducted into the Pro Football Hall of Fame in 1994. 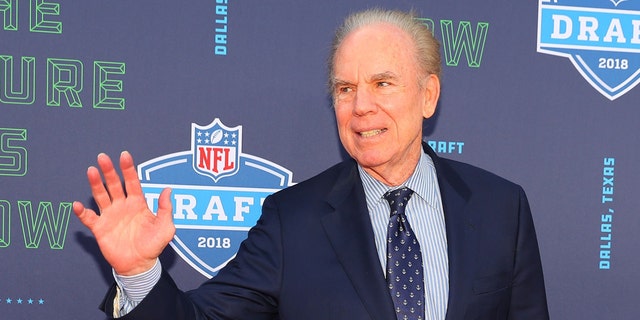 Roger Staubach is arguably the greatest quarterback to play for the Cowboys. The team selected him as a future pick in 1964 and wouldn’t play for the team until four years later because of his Navy commitment. He became the team’s full-time starter in 1971.

He led the Cowboys to two Super Bowl titles between 1969 and 1979. He finished his career with 22,700 passing yards and 153 touchdowns. According to Pro-Football-Reference, he never finished a season with a losing record. He was also a six-time Pro Bowler.

Staubach was inducted into the Pro Football Hall of Fame in 1985. President Trump awarded Staubach the Presidential Medal of Freedom in 2018. 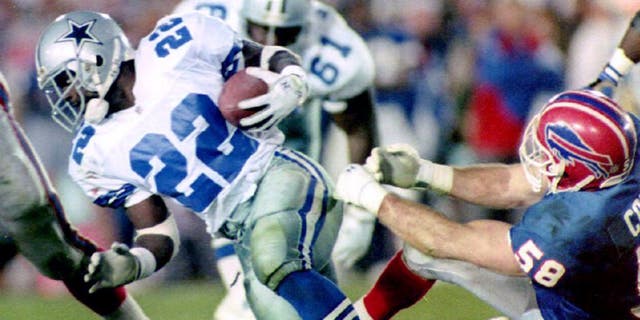 Emmitt Smith is the best running back to play for Dallas. (TIM CLARY/AFP/Getty Images)

Emmitt Smith might be considered the greatest Cowboys player to don the star. Smith didn’t spend his entire career in Dallas but he did the most damage while wearing the silver and blue. He won three Super Bowls and was named to the First-Team All-Pro four times.

He finished his career as the all-time leader in rushing yards with 18,355, breaking Walter Payton’s record. Smith was inducted into the Pro Football Hall of Fame in 2010. 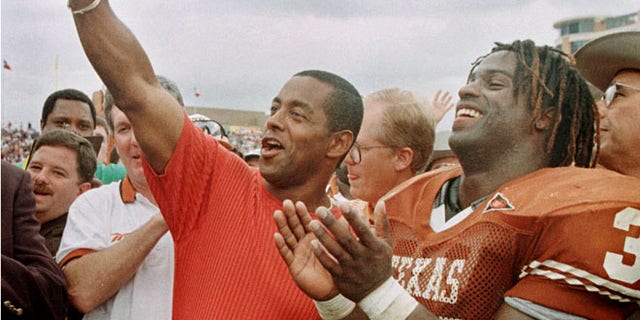 It’s rare for an organization to produce two great running backs, but the Cowboys did it and it started with Tony Dorsett. The team selected Dorsett with the No. 2 pick in the 1977 draft.

Dorsett played 11 seasons with the Cowboys and he rushed for more than 1,000 yards in eight of those seasons. He finished his time with Dallas with 12,036 rushing yards and 72 touchdowns.

He helped the Cowboys to a Super Bowl title during the 1977 season. He was inducted into the Pro Football Hall of Fame in 1994.

Zidane wants to see Mane at Real Madrid, but the club cannot afford this transfer
Manchester United and Manchester City have made inquiries about Griezmann. Barcelona does not want to let him go
Alaba and Coulibaly, among the purposes of the transfer of Guardiola. He wants to start rebuilding at Manchester City
The new Chelsea uniform is inspired by London tailors. With the logo Three, Lampard's team immediately missed out on three from West ham
Hakimi on racism: Everyone should talk about it, not just the players. Everyone needs equal rights
Zidane on La Liga: there are six finals Left. We are fine, but it doesn't mean anything
The drunk at the party in honor of the transition to Barca was crying with happiness on his father's shoulder
Source https://www.foxnews.com/sports/dallas-cowboys-all-time-mount-rushmore

After a Black protester is killed in Omaha, witnesses claim a rushed investigation ignored signs of the shooter's allegedly racist past