Cyclonic storm 'Nisarga' will affect the coastal districts of , including Mumbai, more than Gujarat and other neighbouring states, the India Meteorological Department said.

The IMD said that the depression in the Arabian Sea is slated to intensify into a severe cyclonic storm 'Nisarga' and cross north Maharashtra and Gujarat coasts between Harihareshwar in Raigad district and Daman on June 3. 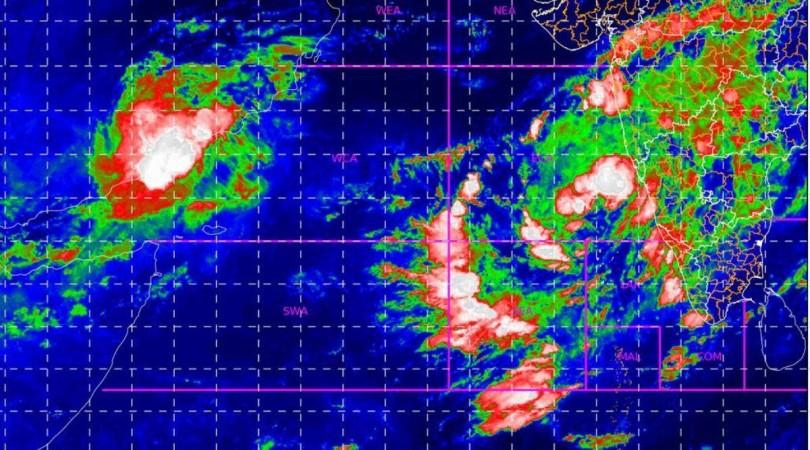 IMD Director General Mrutyunjay Mohapatra said: "Monsoon vortex or cyclonic circulation has formed in the Arabian Sea. As per our predictions, Maharashtra coastal districts like Sindhudurg, Ratnagiri, Thane, Raigad, Mumbai and Palghar will be more affected by it."

This depression is currently 690 km away from Mumbai. There could be inundation in low-lying areas, townships, and city areas. Wind speed could also cause damage to trees, telephone, and electric poles, he added.

He said that the rainfall in Maharashtra's coastal districts will increase on June 2 and intensify further on June 3. "We are expecting extremely heavy rainfall of more than 20 cm here on June 3."

The Director-General said that the severe cyclonic storm will have a wind speed of 90-105 kmph when it crosses the coast. "We are accessing it continuously. Central and state government agencies have been informed and are taking the steps," he added.

Dr Sunitha Devi, scientist-in-charge for cyclones, said that the depression is currently located about 340 km southwest of Goa's Panjim, and 850 km south-south-west of Gujarat's Surat. Maharashtra and Gujarat are on pre-cyclone alert as very heavy to extremely heavy rainfall are expected in parts of the states on June 3 and June 4.

Due to its influence, the east-central Arabian Sea and south-east Arabian Sea is currently rough. Fishermen in Kerala, Lakshadweep, coastal Karnataka, Goa, Maharashtra, and Gujarat are advised not to venture into the sea till June 4.

Kolasinac will move to Bayer from Arsenal for 11 million euros + bonuses (Fabrizio Romano)
Dyer called the toilet the best player of the match between Tottenham and Chelsea
Ferencvaros will play in the Champions League group for the first time since 1995. This is the longest break between the first and second appearances
Jose Mourinho: what happened to Dyer is not normal, he was dehydrated. If the League management doesn't care about the players, I don't
Jose went berserk twice during the match with Chelsea: ran over Lampard and ran to look for Dyer - he rushed to the toilet right during the game
Lampard on relegation from the League Cup: we Need to keep a positive attitude. Everything will come if Chelsea score second, leading the score
Call of nature, what can you do? Dyer explained why he ran to the dressing room during the match with Chelsea
Source https://www.ibtimes.co.in/cyclone-nisarga-mumbai-high-alert-storm-expected-bring-110-kmph-winds-821378