Covid-19 was likely spreading across the US in February: report

As Australia shut the border between its two most populous states to contain the spread of the coronavirus, tens of thousands of people living close to the dividing line have found their community cleaved in two.

Located on each side of the Murray River separating New South Wales and Victoria, the twin cities of Albury and Wodonga, more commonly referred to as Albury-Wodonga, have long operated as one community and one economy.

Many of their 100,000 residents cross the border every day. The two cities even share the same hospital, located in Albury on the NSW side but covered by Victoria's health system.

But that border was sealed on Wednesday, as authorities scrambled to prevent a second wave of infections spreading across the country. Over the past few weeks, Victoria has struggled to contain a sudden reemergence of coronavirus in Melbourne, as case numbers there continued to rise.

Authorities blocked major roads between Victoria and NSW after midnight -- the first time the border has closed since the Spanish flu pandemic a century ago. 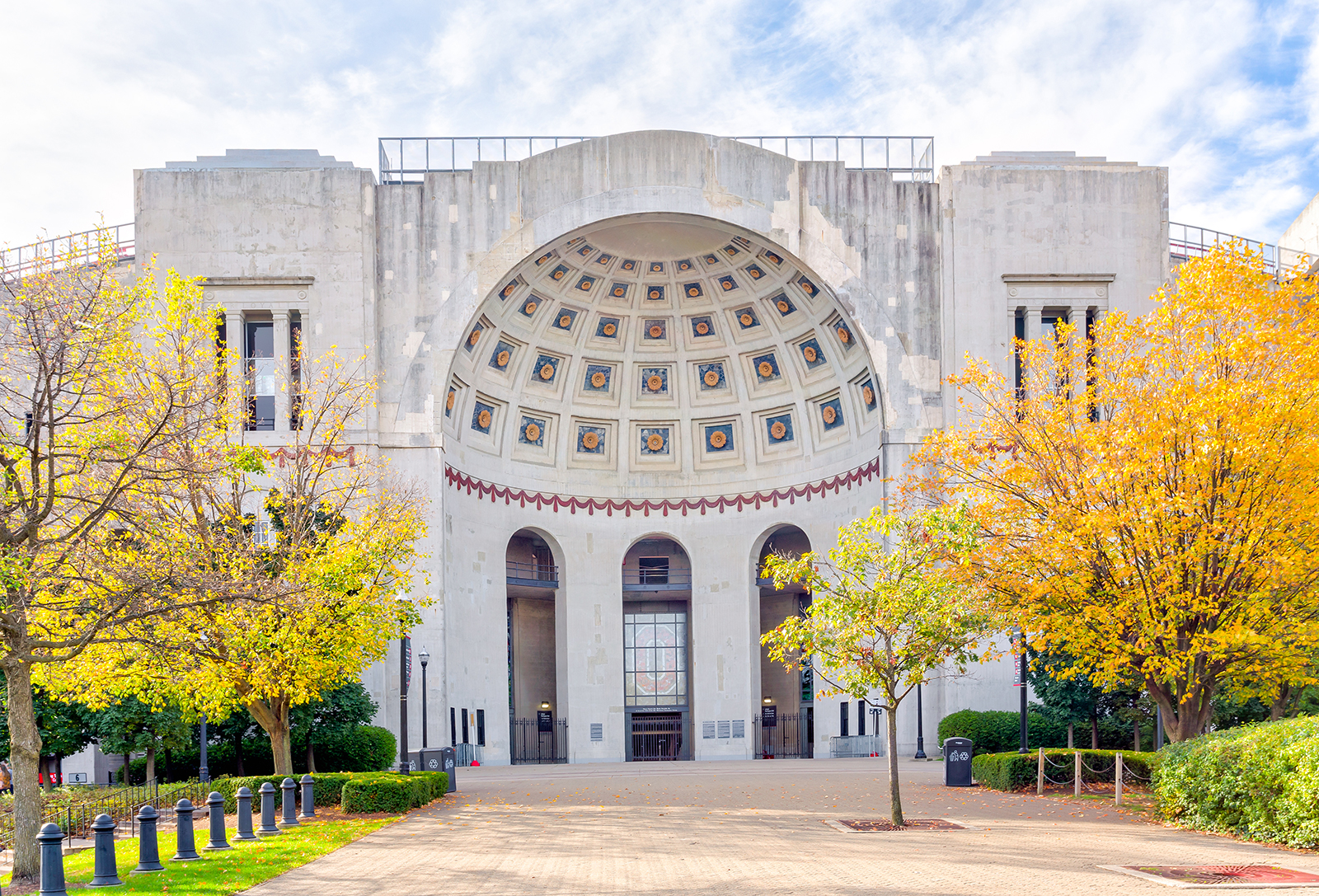 Ohio Stadium, also known as the Horseshoe, at The Ohio State University. Shutterstock

The Ohio State Department of Athletics has announced that the school has paused all voluntary workouts, “following the results of its most recent Covid-19 testing of student-athletes.”

The school is not sharing infection data publicly because "it could lead to the identification of specific individuals and compromise their medical privacy," the athletics department said in its statement.

Coronavirus was probably spreading widely across the US in February, new modeling data suggests, and it only took a few imported cases from other countries to set off rapid spread inside the borders.

While direct imports from China and other countries may have been responsible for the early introduction of Covid-19 to the US, most spread was state to state, researchers led by a team at Northeastern University in Boston reported.

“We estimate widespread community transmission of SARS-CoV-2 in February, 2020,” a team led by Northeastern’s Laboratory for the Modeling of Biological and Socio-technical Systems wrote on MedRxiv, a pre-print server. The work has not been peer-reviewed.

“Our results indicate that many states were seeded from domestic sources rather than international,” the team wrote. “For most of the continental states, the largest contribution of imported infections arrived through domestic travel flows.”

The US announced restrictions on travel from China on January 31. The researchers say their modeling study suggests the restrictions came far too late.

“Importations from mainland China may be relevant in seeding the epidemic in January, but then play a small role in the COVID-19 expansion in the US because of the travel restrictions imposed to/from mainland China after January 23, 2020,” they wrote.

“Domestic sources account for 85% of the virus introductions in Nebraska, 86% in New Mexico, 86% in Arkansas, and 95% in North Dakota."

The model contrasts with evidence from several studies that suggest there was already a significant number of infections in the US by the time the travel restrictions were announced on January 31, the researchers wrote. 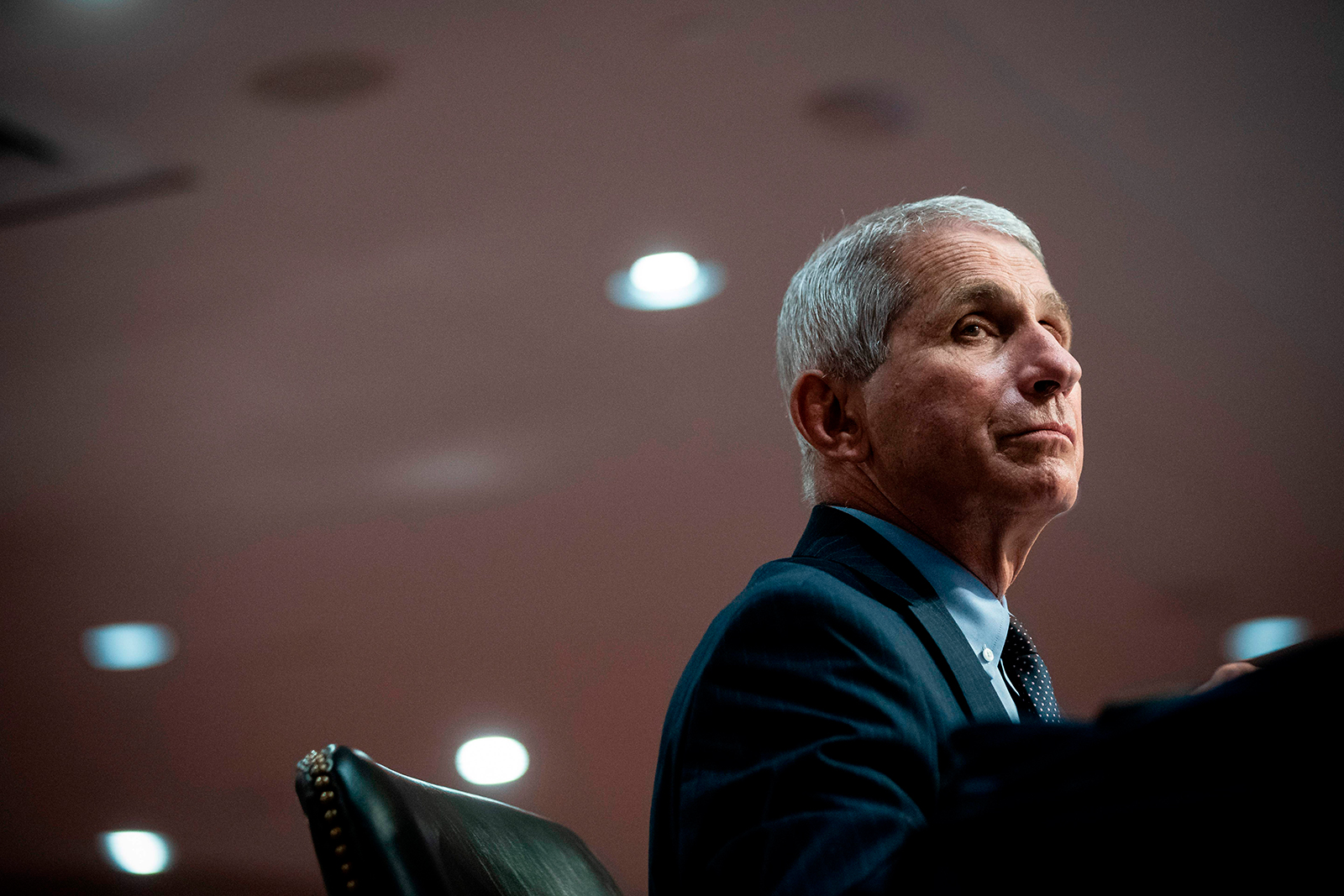 Fauci and task force coordinator Dr. Deborah Birx regularly sound the alarm about the pandemic at briefings or in interviews, while Pence has touted what a good job the Trump administration is doing.

“He is trying in his role as the vice president to really, in a certain sense, also point out some of the things that are going well,” Fauci told the Wall Street Journal in a podcast Wednesday.

“So, he's a person who's an optimistic person and he's doing a very good job as the leader of the task force, I must say.

“I look at the data, I analyze the data and I give my best opinion based on the evidence."

Fauci said there are many facets to the task force discussions, and he and his colleagues are primarily focused on public health. Pence, he said, has other concerns.

“There’s the issue and the need, from an economic standpoint, to get open," Fauci said. "So all of that goes into the mix and then you see the kind of recommendations that go out but you know as a member of the task force, I’m telling you that we have a serious situation that we really do need to address.”

Fauci said the public health and economic policies need to work in tandem. Other health experts worry that President Donald Trump has pushed his economic priorities at the expense of American lives. So far, more than 132,000 Americans have died from Covid-19.

“We shouldn't think of it as one against the other because once you start thinking there’s public health and there's the economy opening it looks like they're opposing forces,” Fauci said.

“So, what we're trying to do is to get the public health message, if heard and implemented, be actually a gateway to facilitate opening and an easier way instead of there’s guys are on this side and those guys and ladies are on the other side.”

Thomas Tuchel: If both legs were intact, you could have seen my 40-meter sprint
PSG saved Tuchel's pet: Choupo-moting got everyone for free, managed not to score from a centimetre, and now pulled Paris to the semi-finals of the Champions League
Gian Piero Gasperini: The worst part is that we were so close. I can only thank the guys
Neymar was the player of the match Atalanta-PSG. He gave an assist
ПС PSG suffered through the entire quarter-final and turned it over in 149 seconds. Lifted the Italian curse and went so far in the Champions League for the first time in 25 years
ПС PSG's pain was transformed into happiness: in three minutes, the suffering stars turned into celebrating kings
The club from Italy won't win the Champions League for the 10th year in a row. This is an anti-record
Source https://edition.cnn.com/world/live-news/coronavirus-pandemic-07-09-20-intl/index.html

Wojo: Big Ten football in trouble if other conferences play on

Five more tornadoes confirmed, for total of 11 in northern Illinois during Monday’s storms

Touting Kamala Harris as a moderate is a liberal dose of deception: Devine

AMC plans to open about two-thirds of U.S. theaters by September 3

From Google to garbage disposal: the environmentalist cleaning up India's lakes

'The kids are in shock': Family says 6 children were home when Florida woman was fatally shot by ex-boyfriend