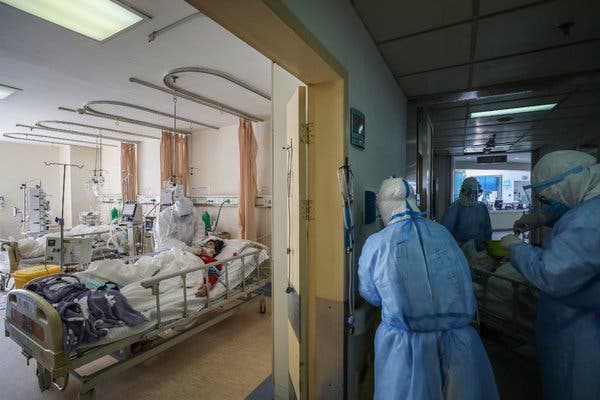 The new virus is deadlier than the one that causes the flu.

An analysis of 44,672 coronavirus patients in China whose diagnoses were confirmed by laboratory testing has found that 1,023 had died by Feb. 11. That’s a fatality rate of 2.3 percent. Figures released on a daily basis suggest the rate has further increased in recent days.

That is far higher than the mortality rate of the seasonal flu, with which the new coronavirus has sometimes been compared.

In the United States, flu fatality rates hover around 0.1 percent.

The new analysis was posted online by researchers at the Chinese Center for Disease Control and Prevention.

Over all, about 81 percent of patients with confirmed diagnoses experienced mild illness, the researchers found. Nearly 14 percent had severe cases of COVID-19, the disease caused by the new coronavirus, and about 5 percent had critical illness.

Thirty percent of those who died were in their 60s, 30 percent were in their 70s and 20 percent were age 80 or older. Though men and women were roughly equally represented among the confirmed cases, men made up nearly 64 percent of the deaths. Patients with underlying medical conditions, such as cardiovascular disease or diabetes, died at higher rates.

The fatality rate among patients in Hubei Province, the center of China’s outbreak, was more than seven times higher than that of other provinces.

More than 300 Americans were evacuated from a contaminated cruise ship in Japan. Fourteen of them tested positive for the coronavirus and will be placed in isolation in the United States.

Oh OK, this is a little strange. All right careful, nice and slow. This is really good. Be careful everyone as you come up the stairway. Well, we’re exhausted, but we’re on the plane and that’s a good feeling. Pretty miserable wearing these masks though. 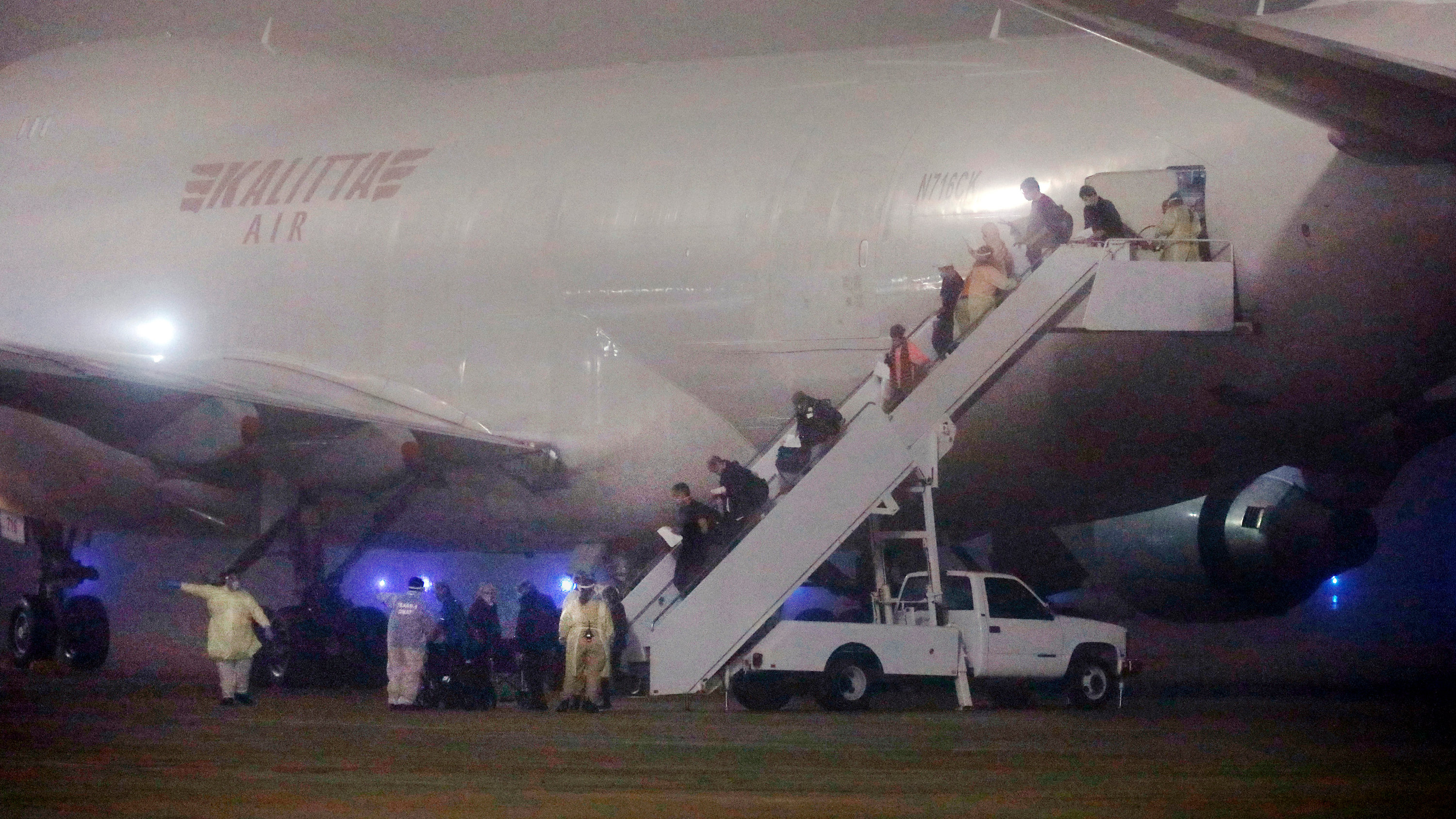 More than 300 Americans were evacuated from a contaminated cruise ship in Japan. Fourteen of them tested positive for the coronavirus and will be placed in isolation in the United States.CreditCredit...Edward A. Ornelas/Getty Images

A day before 328 Americans were to be whisked away from a contaminated cruise ship in Japan, the U.S. Embassy in Tokyo told passengers that no one infected with the new coronavirus would be allowed to board charter flights to the United States.

But those plans were hastily changed after the test results for 14 passengers came back positive — just as they were being loaded onto buses and dispatched to the airport, where two reconfigured cargo jets were waiting to fly them to military bases in California and Texas.

After consultations with health experts, the U.S. government decided to let the infected evacuees, who were not yet exhibiting symptoms, board the flights.

The reversal was the latest chaotic turn in a two-week quarantine of the ship, the Diamond Princess, that has become an epidemiological nightmare.

Cambodia’s leader is famously complacent about the coronavirus. That may exact a global toll.

When Cambodia’s prime minister greeted passengers on a cruise ship amid a coronavirus scare on Valentine’s Day, embraces were the order of the day. Protective masks were not.

Not only did Prime Minister Hun Sen not wear one, assured that the ship was virus-free, his bodyguards ordered people who had donned masks to take them off. The next day, the American ambassador to Cambodia, W. Patrick Murphy, who brought his own family to greet the passengers streaming off the ship, also went maskless.

“We are very, very grateful that Cambodia has opened literally its ports and doors to people in need,” Mr. Murphy said. Five other ports had said no.

But after hundreds of passengers had disembarked, one later tested positive for the coronavirus.

Now, health officials worry that what Cambodia opened its doors to was the outbreak, and that the world may pay a price as passengers from the cruse ship Westerdam stream home.

Officials are testing those passengers still on the ship, but health authorities may be hard put to trace all the those who have headed back to their home.

Apple cuts sales forecast as the outbreak slows both production and demand.

Apple said on Monday that it was cutting its sales forecast because of the coronavirus, in a sign of how the outbreak is taking a toll on manufacturing, even at one of the world’s most valuable companies.

The announcement came hours before China announced new figures for the outbreak.

In a statement, the iPhone maker, which is heavily dependent on factories in China, said its supply of smartphones would be hurt because production was slowed by the outbreak.

None of the factories that make iPhones are in Hubei Province, the center of the outbreak, but travel restrictions have hindered other parts of the country as well. Production was taking longer than hoped to get back on track after the facilities reopened following the Lunar New Year holiday, the company said.

Apple said it was also cutting its sales forecast because demand for its products was being hurt in China. China has been one of the Silicon Valley company’s fastest-growing and largest markets.

Apple’s warning is significant because it is a bellwether of global demand and supply of products. The company said it was “fundamentally strong, and this disruption to our business is only temporary.”

Why the coronavirus crisis will expand America's racial wealth gap

Ill-fated cruise ships given approval to dock in Florida

Trump set to urge Americans to wear face coverings when outside

‘Prime’ time? TE Ebron eager to start over with Steelers

The Advice: Wear a Mask. Here’s How.

Coronavirus vs Flu vs Allergies: Which One is It?

'Here we go again': Detroit, a city on the brink of recovery, reels as coronavirus claims lives

Team Trump to Jeff Sessions: You’re no ally of ours

Coronavirus becoming one of the leading causes of death in U.S.

Joanna Gaines to host one-hour special on the Food Network: 'This is going to be fun!'