"They used more men to go and get Roger Stone than I think they used on the Usama bin Laden raid," he said. " It just so happened that one of the networks was there to watch the whole thing." 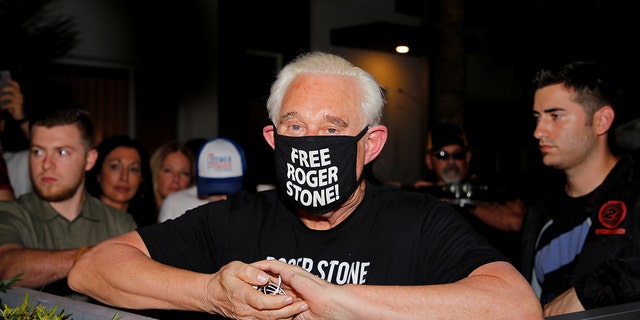 On Friday, President Trump announced that he had signed an Executive Grant of Clemency commuting Stone's "unjust sentence," just days before he was set to report to prison.

Stone was sentenced in February on seven counts of obstruction, witness tampering, and making false statements to Congress. Stone, however, has appealed his conviction and continues to deny any wrongdoing.

"Look, Roger Stone was clearly targeted by an unfair prosecution," Lewandowski said. "Look, I'm not the biggest fan of Roger Stone. I think you guys know that. But, the way he was treated by this government should scare the hell out of every American."

"You know, they could do it to anybody. What they’ve done to Mike Flynn and Roger Stone: this president saw an injustice. He commuted the sentence. Which is the right thing to do to make sure Roger has a fair trial and has a fair hearing – it’s very important in our system," he continued.

Lewandowski noted that because "justice is blind," actors on both sides of the aisle should be held to account.

"Comey, Brennan, Clapper, McCabe: all the names we know have never been brought to justice. It's time. Justice is blind, but those people need to be held accountable," he said.

"If Obama did it, [it] must be fine. When Trump does it, it's wrong. That's the Trump Derangement Syndrome that the media and the left has had since he came down that big, beautiful, golden escalator," Lewandowski concluded.

Matthew Boyd struggled yet again. Here's what his setback means for Detroit Tigers

Robbie Waters, an Old-School Cop and Legislator, Dies at 84

Joe Biden’s VP Pick: Reporters Scramble To Get A Scoop That Carries High Risk and Reward

Detroit Lions want Kenny Golladay to be like DeAndre Hopkins; other coordinator takeaways