In 2018, Black-ish planned to air the 13th episode of the show’s fourth season. But the episode “Please Baby Please” scheduled to air on February 27th of that year was mysteriously shelved.

“Given our creative differences, neither ABC nor I were happy with the direction of the episode and mutually agreed not to air it,” creator and showrunner Kenya Barris said in a statement released after the controversy. “Black-ish is a show that has spoken to all different types of people and brought them closer as a community and I’m so proud of the series.” 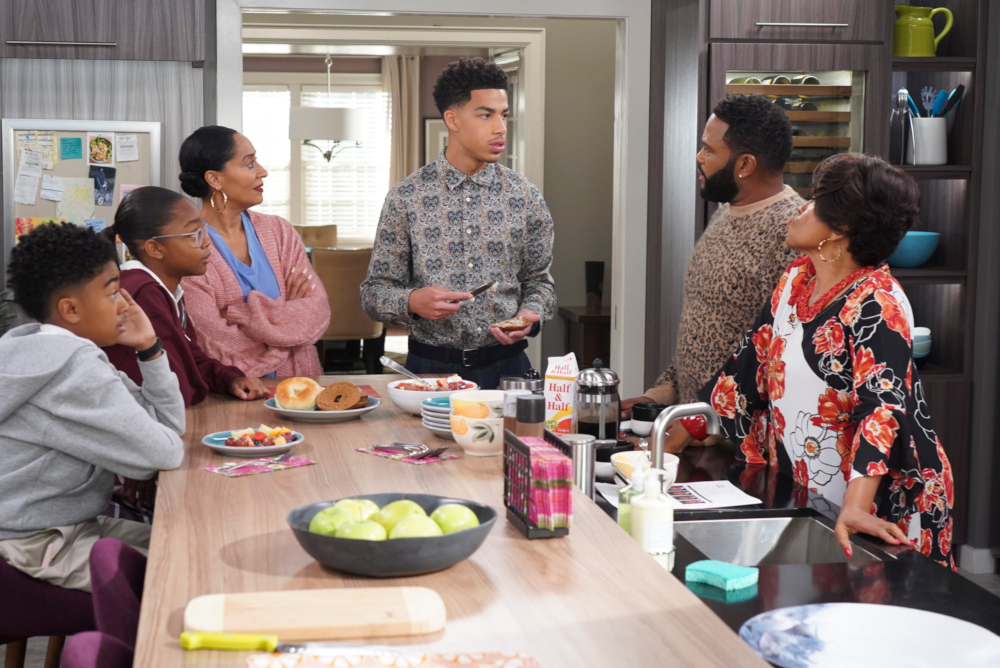 This image released by ABC shows, from left, Miles Brown, Marsai Martin, Tracee Ellis Ross, Marcus Scribner, Anthony Anderson and Jenifer Lewis in a scene from “black-ish.” ABC announced it is picking up the acclaimed comedy for a sixth season. The network is also giving an early series order to “mixed-ish,” a spinoff about show creator Rainbow Johnson’s experience growing up in a mixed-race family in the ‘80s. (Ron Tom/ABC via AP)

Now, as reported by Deadline, Barris has announced the episode will finally see the light of day on Hulu. Barris explained via social media that that episode was originally done in November 2017.

“We were one year post-election and coming to the end of a year that left us, like many Americans, grappling with the state of our country and anxious about its future,” he said on Instagram.

“Those feelings poured onto the page, becoming 22 minutes of television that I was, and still am, incredibly proud of. ‘Please, Baby, Please’ didn’t make it to air that season and, while much has been speculated about its contents, the episode has never been seen publicly… until now.”

This particular episode was written by Barris along with Peter Saji.

“Dre is on baby duty for the night during a storm, and the household is wide awake. He decides to read a crying Devante a bedtime story, but when that doesn’t do the trick, Dre tosses it aside and begins to tell a story of his own about the current state of the country in a way Devante will understand, on a special episode…,” the description read. 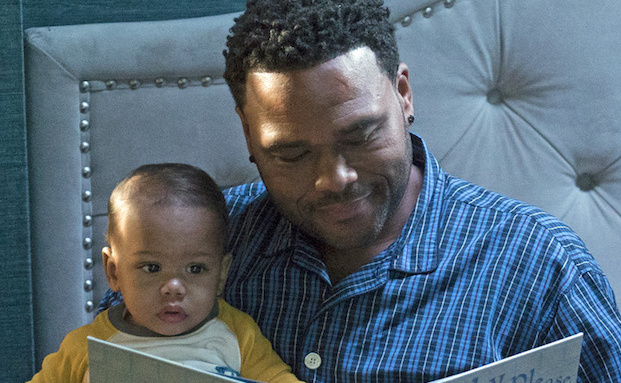 Although that sounds innocuous, the episode is widely believed to reference Colin Kaepernick and the NFL anthem protests, an even more hot-button issue three years ago.

It appears that the recent racial protests after the deaths of Ahmaud Arbery, Breonna Taylor, and George Floyd have shifted the climate so that the episode can finally air.

In 2018, ABC released a vague statement about its choice not to air the episode

“One of the things that has always made ‘black-ish’ so special is how it deftly examines delicate social issues in a way that simultaneously entertains and educates,” said an ABC spokesperson. “However, on this episode there were creative differences we were unable to resolve.”

That controversy is believed to be one of the factors that led Barris to sign a $100M deal with Netflix in 2018 after a long history with ABC. Black-ish continues to air on the network, along with the spinoffs Mixed-ish and Grown-ish, which airs on the ABC-owned Freeform network.

Barris now also stars in the Netflix sitcom #BlackAF which mines familiar territory as he plays a father of five whos a record executive married to a lawyer played by Rashida Jones.

Carlo Ancelotti: Seamus Coleman is on a par with Ramos, Terry and Maldini
Mainz have sacked coach Baerlocher. The players went on strike because of the removal of the forward Salai
PSV for 9 million euros signed the defensive midfielder of Toulouse sanghar. They were Interested in Spartak
In the Premier League now give a penalty for almost any hit of the ball in the hand in the penalty area. Neither the players, nor the coaches, nor, it seems, the referees themselves like this
Granada's sponsor posted a picture of Joao Felix's heat map in the form of a penis after 1-6 with Atletico. Andalusians demand an apology
Safonov, Chalov and Magkeev were called up to the Russian U21 team for the matches against Estonia and Latvia
Khabib was ranked seventh in the ranking of the best-selling athletes of 2020. First place for Messi, second — for Ronaldo
Source https://thegrio.com/2020/08/10/controversial-black-ish-episode-hulu/

Denial of responsibility! The World News is an automatic aggregator of the all world's media. In each material the author and a hyperlink to the primary source are specified. All trademarks belong to their rightful owners, all materials to their authors. If you are the owner of the content and do not want us to publish your materials, please contact us by email abuse[email protected]. The content will be deleted within 24 hours.

A Report on Trump’s Taxes Reverberates Ahead of First Debate

Fauci Calls It ‘Very Concerning’ for Florida To Allow Bars, Restaurants To Open at 100 Percent

Truth About Nicole Kidman And Keith Urban Getting Botox Treatments Together

Taylor Swift tops Whitney Houston's record for most weeks at No. 1 on the Billboard 200 chart

Bayern feeling effects of storied season as fixtures pile up

Most Americans still struggling financially due to pandemic, study finds

Select venues in D.C. will get to host live entertainment through the end of October

These violins survived the Holocaust. COVID-19 sent them back into hiding

Stream It Or Skip It: ‘A Wilderness Of Error’ On FX, A Docuseries That Re-Investigates The Jeffrey MacDonald Case For The Umpteenth Time

Jim Daly: Amy Coney Barrett and Scalia – she shares this with the legendary justice

Jessie James Decker keeps it real and sexy on Instagram

Who is Chris Wallace? Meet the presidential debate moderator from Fox News

8 Ways to Save for Retirement as a Freelancer

Hundreds of stories of sexual assault at colleges shared on Instagram

Trump paid $750 in taxes. The Biden campaign wants you to know how much a firefighter or nurse pays

If you paid more than $750 in taxes, the Biden campaign has a sticker you might want

Cop flees after killing girlfriend in Delhi, father-in-law in Rohtak

What to Know About Voting by Mail in California

Jets firing Adam Gase would only accomplish one thing

With Supreme Court pick, Trump is once again on the wrong side of public opinion

Hey ‘Mandalorian’—Cool It with the Jedi Lore in Season 2

What’s the Plan if Trump Tweets That He’s Won Re-election?

Uber allowed to keep operating in London after legal battle