(CNN)First it was fear, now it's rage.

Following up on his 2018 best-selling book "Fear," legendary investigative journalist Bob Woodward's new book on President Donald Trump -- titled "Rage" -- will have stunning details about the President's behavior and decision making, according to sources familiar with the book.

Woodward, a two-time Pulitzer Prize winner, is known for his behind-the-scenes reporting and unprecedented access, but his second book on Trump promises to bring readers inside the Oval Office like never before. According to multiple sources, the book has explosive accounts of Trump's thoughts and actions on national security, the coronavirus pandemic, the economic collapse and the Black Lives Matter protests. 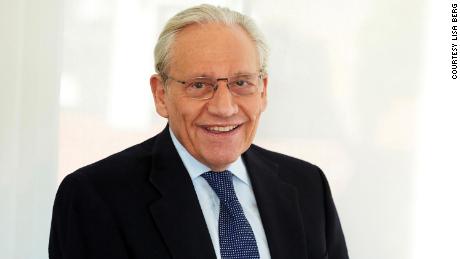 "Rage" is scheduled for release on September 15.

Jonathan Karp, CEO of Woodward's publisher Simon & Schuster, also published the tell-all bestsellers on Trump released earlier this year by former national security adviser John Bolton and Trump's niece Mary Trump. He told CNN, "'Rage' is the most important book Simon & Schuster will publish this year. Every voter should read it before November 3."

In January, Trump revealed he had sat down with Woodward for the upcoming book, which came as a surprise after he was harshly critical of "Fear." Woodward had repeatedly offered Trump the opportunity to be interviewed for that book, but Trump pretended he had never received the requests.

According to multiple sources familiar with the book, Woodward conducted more than a dozen interviews with Trump for "Rage" at the White House, Mar-a-Lago and over the phone.

Woodward is known to record all of his interviews with the permission of his subjects and sources. CNN has learned Woodward did hundreds of hours of interviews with other first-hand witnesses, and according to his publisher, obtained "notes, emails, diaries, calendars and confidential documents" including 25 personal letters between Trump and North Korean leader Kim Jong Un.

In 2019, White House officials were quoted by The Washington Post as calling the Trump-Kim correspondence "love letters" -- and sources familiar with the book say the letters are "extraordinary." According to Simon & Schuster, in one letter "Kim describes the bond between the two leaders as out of a 'fantasy film.'"

In a statement, Simon & Schuster said the book will be a "volatile and vivid" look at the "turmoil, contradictions and risks" of the Trump presidency.

CNN has learned that "Rage" also reveals Trump's blunt opinions of former presidents and whether he thinks he will win re-election in November.

The book's title comes from a quote during an interview Trump did with Woodward and Washington Post reporter Robert Costa in March 2016 on the campaign trail.

"I bring rage out," Trump told Woodward and Costa. "I do bring rage out. I always have. I don't know if that's an asset or a liability, but whatever it is, I do."

That same 2016 interview inspired the title "Fear" for Woodward's 2018 book, when Trump said that "real power is, I don't even want to use the word, fear."

Woodward's first book on Trump made headlines detailing the extraordinary measures taken by those in his inner circle to prevent him from acting on what they viewed as his most dangerous impulses. In it, then-chief-of-staff John Kelly was quoted as calling the White House "crazytown," then-Defense Secretary James Mattis said the President had the understanding of "a fifth or sixth grader," and his former personal lawyer John Dowd is quoted as calling Trump a "liar" and telling the President he could not be interviewed by special counsel Robert Mueller or he would end up in an "orange jumpsuit."

Barcelona's Interest in Isak Increased after Koeman's appointment. Larsson has a high opinion of the player (Mundo Seportivo)
Manuel Pellegrini: When you play against Real Madrid and var, it's too much
PSV and Porto are Interested in Barcelona midfielder PUC. He doesn't want to leave the club
Puyol about Barcelona: If we want to win the championship, we need to perform very well
Schalke sacked Wagner. The team has not won the Bundesliga since January
Iacini on 3:4 with Inter: Even a draw would be an unfair result, given how many chances Fiorentina created
Ramos Pro 3:2 with Betis: the Referee tried his best and didn't do anything intentionally
Source https://edition.cnn.com/2020/08/12/politics/bob-woodward-book-trump/index.html?utm_source=feedburner&utm_medium=feed&utm_campaign=Feed%3A+rss%2Fcnn_latest+%28RSS%3A+CNN+-+Most+Recent%29